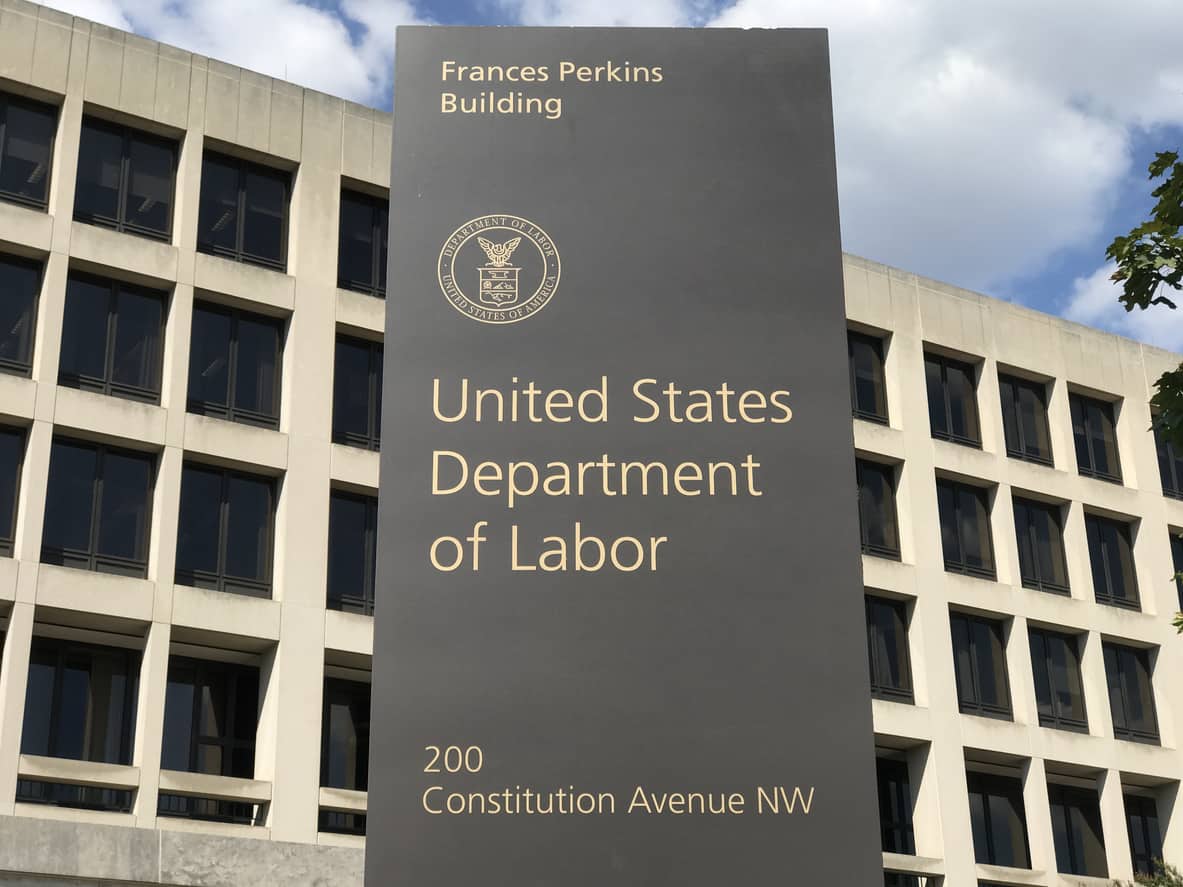 Fiduciary duty principles must be adaptive to change and the US has fallen behind. The authors argue that a more comprehensive application of fiduciary duty principles in the US is necessary to protect the life savings of ERISA plan participants. In particular impartiality is important for pension plans where funds are managed for multiple generations.

Recently proposed US Department of Labor regulations on fiduciary duties under the Employees Retirement Income Security Act on consideration of environmental, social and governance (“ESG”) factors by private pension plans are a vast improvement over existing Trump Administration rules but they completely ignore the fiduciary duty of impartiality and related principles.

The proposed DOL rules, issued on October 14, 2021 “Prudence and Loyalty in Selecting Plan Investments and Exercising Shareholder Rights,” should address the full range of fiduciary duty principles that are material to ESG issues and to the exercise of shareholder rights.

Comments submitted to DOL by the Intentional Endowments Network highlight the overlooked fiduciary duty principles that can be highly material to consideration of ESG factors and the exercise of shareholder rights. The comments argue that final rules should emphasise the following:

The IEN comment letter, which two of this article’s authors helped write, provides guidance on why a more comprehensive application of fiduciary duty principles is necessary to protect the life savings of ERISA plan participants.

The United States Supreme Court in 1996 recognised that ERISA fiduciary duties include a duty of impartiality. When interpreting §§404 and 409 of ERISA in Varity v. Howe, the Supreme Court cited the following common law principle as part of the foundation for its holding. “The common law of trusts recognises the need to preserve assets to satisfy future, as well as present, claims and requires a trustee to take impartial account of the interests of all beneficiaries.

This common law principle referenced by the Supreme Court is now set forth in the Restatement (Third) of Trusts:

“The ‘Duty of Impartiality’ requires that fiduciaries identify and impartially balance conflicting interests of different trust fund groups, including current and future beneficiaries.” Restatement (Third) of Trusts §79.[i]

Impartiality is of particular importance for pension plans, where funds are managed for multiple generations. Since different generations of participants will become entitled to distributions at different times, they are likely to have different risk tolerance levels and time horizons. Inter-generational obligations also raise the potential for uncompensated transfer of risks and returns across fund participant generations. The duty of impartiality mandates careful consideration and good faith efforts to reasonably balance these conflicts.

In addition, systematic risks, costs and opportunities are often invisible to fiduciaries that focus exclusively on generation of short-term returns or evaluate investments against only a market-relative performance benchmark. Nevertheless, systematic risks and costs can spread across portfolio companies and compound over time, increasing risk exposures and degrading future returns to fund participants. For a diversified investor, systematic risks drive most of returns.

Climate change presents perhaps the most obvious set of both company specific and systematic risks that raise potentially conflicting inter-generational investment risk and return impacts and implicate the duty of impartiality. For example, failure to address climate risks and opportunities over the near term is likely to generate increased future economic costs and risks that will be primarily borne by today’s younger fund participants.

However, climate change is not the only systematic financial cost or risk with duty of impartiality implications.  For instance, other financially material ESG factors with varying inter-generational or other beneficiary group impacts can include things like water and air pollution; growing microbial antibiotic resistance in the food chain; shareholder pressure on companies to generate short-term earnings at the risk of undermining future growth; inadequate attention to product safety and health; ecosystem limits on future economic activity; effects of growing income inequality on consumer demand; and political instability fostered by social media business models based on distribution of misinformation.

The duty of impartiality is a fundamental aspect of fiduciary law that governs ERISA funds, as well as other institutional investor trustees.

We believe that a major flaw in the proposal is its failure to explicitly recognise and apply this principle of fiduciary law. We also see the duty of impartiality as driving a need to address time horizon issues.

The tragedy of the horizons

The proposal states that investment analyses should apply the appropriate time horizon.

However, given the overwhelming long-term duration of pension fund liabilities and the current influence of irrational short-termism in the markets (discussed below), we believe the final rule should explicitly recognise a presumption that a long-term investment horizon will nearly always be an appropriate primary time horizon (although perhaps not the exclusive time horizon) for an ERISA fiduciary’s strategic investment decision-making processes.

From a duty of impartiality perspective, it seems implausible that an investment strategy developed without attention to long-term risks, costs and inter-generational wealth transfers could meet standards referenced by the Supreme Court in Varity v. Howe.  The duty of prudence obligation to investigate material facts also poses increasing questions about the influence of irrational short-termism on investment decisions.

Nicholas Stern, Professor of Economics and Government and Chair of the Grantham Research Institute on Climate Change and the Environment at the London School of Economics, highlighted the perverse impact of irrational short-termism in a recent speech:

“The economics profession has also misunderstood the basics of discounting, in relation to, particularly, its dependence on future living standards. It means economists have grossly undervalued the lives of young people and future generations who are most at threat from the devastating impacts of climate change. . . . Discounting has been applied in such a way that it is effectively discrimination by date of birth.”[ii]

The Bank of England has expressed similar concerns:

The CFA Institute undertook a study in 2020 to examine the costs of this short-termism for investors.

We found that companies that failed to invest in research and development (R&D); selling, general, and administrative (SG&A) expenses; and capital expenditure (CapEx) tended to underperform in the midterm (three to five years). . . .

The study summarized in this report estimated the agency costs (foregone earnings) of short-termism at $1.7 trillion over the 22-year period covered by our analysis, or about $79.1 billion annually.”[iv]

We recommend that the final rule affirm presumptive application of a long-term investment horizon by ERISA fiduciaries.  This could be linked with the duty of impartiality, the duty of prudence and the reference in the proposal’s preamble to evolution of investment fiduciary practices over time.

We believe that the final rule should emphasise how application of fiduciary principles is a dynamic process that evolves in response to changes in knowledge and circumstances. ESG-related developments and advances in knowledge since the turn of the twenty-first century present a challenge for ERISA fiduciaries. However, change is a natural constant, and fiduciaries should understand the perpetual obligation to identify, evaluate, and respond to changed circumstances and new information.

This is not a new concept.  The most recent major transition in implementation of fiduciary duties took place in the last half of the 20th century. It involved an evolution from legal lists of permitted investments and the prudent person standard of care to the application of Modern Portfolio Theory and adoption of the prudent expert standard.

That shift in practices took several decades, leaving fiduciaries caught between two seemingly inconsistent investment approaches. One 1988 commentator described the tension during that transition between adopting modern investment practices and being held back by outdated rules:

“A fiduciary cannot behave as a careful, wise, discreet, judicious and prudent man if he acts within the strictures of a prudent man rule that forces him to behave imprudently in the contemporary economic marketplace.”

In response to this late 20th century evolution of the investment industry knowledge base, the following provisions were added to the Restatement of Trusts to incorporate lessons learned from the transition:

“There are no universally accepted and enduring theories of financial markets or prescriptions for investment that can provide clear and specific guidance to trustees and courts.”  Restatement Third) of Trusts §227, Comment (f).

“Trust investment law should reflect and accommodate current knowledge and concepts.  It should avoid repeating the mistake of freezing its rules against future learning and developments.”  Restatement (Third) of Trusts, §227, Introduction.

These statements speak to us today as investor fiduciaries face similar industry transition challenges. We believe that including more of this background in the preamble would provide clarifying historical context to demonstrate that fiduciary duty principles must be adaptive to change.

However, it should be stressed that the direction of change in the current evolution of investment industry knowledge and practices is clear and is largely being driven by mainstream global investors and by regulators in other countries. The US has fallen behind other markets in this transition.

Comparisons to the 20th century evolution from the prudent person standard to Modern Portfolio Theory could help the US move forward by demonstrating that evolution of investment industry theory and practices are to be expected when knowledge and circumstances change.

In order to address the full range of investor fiduciary duties, the final DOL rule should be modified to:

Keith Johnson is former co-chair of the Institutional Investor Services Group at Reinhart Boerner Van Deuren s.c. and was chief legal counsel for the State of Wisconsin Investment Board. Susan Gary is a Professor Emerita (formerly Orlando J. and Marian H. Hollis Professor) at the University of Oregon School of Law and served as reporter for the Uniform Prudent Management of Institutional Funds Act. Tiffany Reeves is head of investor fiduciary and governance services at Reinhart Boerner Van Deuren s.c. and was previously deputy executive director and chief legal counsel at the Chicago Teachers’ Pension Fund.