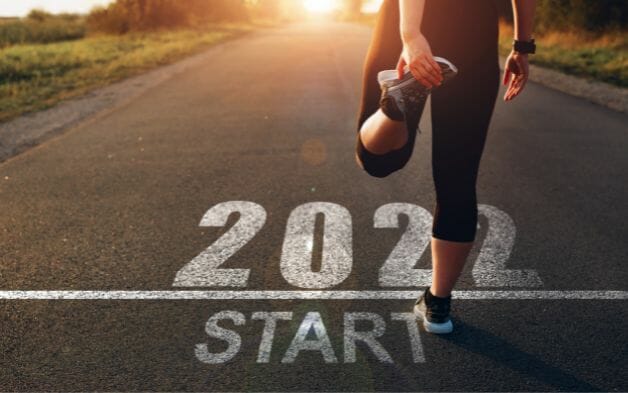 Asset owners think in years rather than months, but investors expect a handful of key areas will define the year ahead. A clearer view on inflation; poor bond performance and a resurgence in labour rights to name a few.

This year investors will find out if inflation is just a temporary blip caused by energy and supply chain bottlenecks, or here to stay thanks to massive Central Bank stimulus in response to the pandemic.

While over the past year investors have had varying opinions on inflation, many now believe the Federal Reserve has largely read inflation right. It’s a view held by Charles van Vleet, assistant treasurer and chief investment officer of pension investments at US conglomerate Textron.

“I think the Fed is directionally correct on inflation. Most of the recent inflation is transitory. Q1 2022 will reveal the largest year-on-year increase but settle materially lower by Q4,” he predicts, adding that inflation will continue to drive flows into real assets like timber and property.

Central Bank policy to manage inflation will increasingly transform today’s low volatility high liquidity investment landscape into the exact opposite, predicts David Ross, managing director, capital markets at Canada’s OPTrust. Inflation and interest rates are important to the fund which has around 20 per cent in fixed income and has a liability-driven approach to building resilience in its portfolio.

“With real rates well into negative territory, the market’s uncertainty about the Federal Reserve’s reaction will leave interest rates as a source of volatility and likely driver of the performance of risky assets in the coming year,” Ross says.

This year will be a continued tough environment for  bond investors according to Rousseau.

“I see no value in bonds and among the asset class the least bad is probably high yield credit,” says Rousseau who oversees a portfolio divided between performance seeking assets and a liability-hedging allocation invested in government bonds and investment grade corporate bonds.

Elsewhere, the prospect of rising interest rates is already weighing on fixed income.

“The fixed income markets have priced three tightening’s without missing a beat. We expect the 10-year UST to close the year +/- 2 per cent,” says van Vleet.

Another CIO of a UK-based pension fund who declined to be named predicts bonds will have a second year of negative returns in a row: “The whole of the fixed income spectrum, both public and private, looks very unattractive to us.”

With mixed forecasts for equities, expect a “bumpy” year ahead.

“Equities is a very bifurcated asset class. Growth stocks are expensive and vulnerable to a sizable rise in interest rates. Value stocks are darn cheap in Europe and Japan and probably just a bit expensive in the US. Emerging markets may still face a difficult year, but their time will come,” says Rousseau.

In contrast, van Vleet is more positive on US equities.

“We are expecting a solid year for growth assets – S&P earnings growth of 12 per cent leading to SPX returns of 8 to 10 per cent.”

“Gold is likely to be challenged if real yields continue to rise from their historically low levels,” adds Ross who also argues that emerging market equities may, in fact,  regain lost ground in 2022.

“The current equity landscape has been characterized in recent years by the outperformance of the US market versus emerging markets and the rest of the world, as well as by large caps over small caps. With China easing policy and emerging markets likely to finally benefit from what has been a delayed recovery from the pandemic, there is scope for emerging market equities to regain some relative ground.”

At Textron, strategy will continue to lean into trades the pension fund already has onboard and continue to work, including value-added real estate, GP-secondaries, CLO risk retention, and BDCs

The classic bubble signs in tech, clean energy, crypto and SPACs are likely to deflate – although neither the precise timing is easy to predict, or the corporates best positioned to survive.

“In this case, all trust would evaporate – potentially creating systemic problems,” he says.

Still, investors qualify that even if the speculative flows that have been driving price action in crypto and technology likely reverse, long term trends are not going away.

“The structural forces driving both the development of digital assets and financial technology and the necessary shift towards climate-friendly economies and portfolios are not going away. In fact, they are likely to intensify,” says OPTrust’s Ross. “From a long-term perspective, crypto, technology and green assets are major investing themes that are likely going to grow in importance in the years to come.”

This could also be the year labour rights get pushed centre stage with implications for companies on the back foot and wider corporate health.

“Expect a fight from labour to get a better share of the pie. In the US where things have been massively distorted in favour of companies, the cliff is potentially high,” warns Rousseau who argues labour has missed out on “decades” of its share of the distribution of added value.

“If the world starts imitating China in the fight against abuses from the tech monopolies the corporate world will have a rough ride. Europe is doing a bit of this but on a small scale. The US is still by and large captive of the corporate world,” he says.

Portfolios of the future: Resilience and risk management