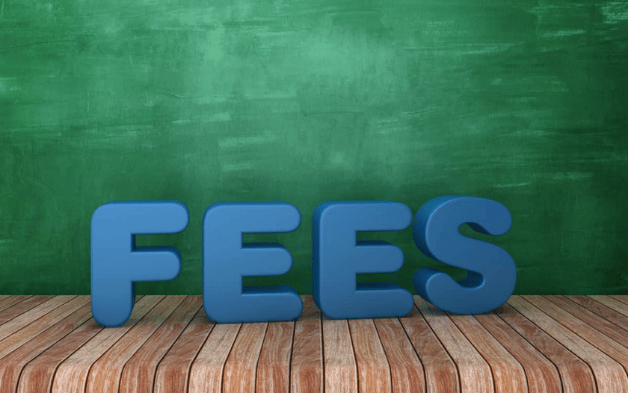 UK pension scheme NEST’s first foray into private equity offers hope for investors looking beyond standard operating models in the asset class. The £20 billion defined contribution fund received 60-plus initial expressions of interest and is currently sifting through submitted applications, aiming to allocate more than £1 billion at the beginning of next year. The fund is quietly confident it will be able to hammer out a deal with GPs to make the expensive asset class known for 2:20 fees affordable.

Investing in private equity via fund-of-funds typically involves paying fund managers a management and performance fee, while further allocations to other third-party managers in the fund-of-fund charge another layer of fees. Although NEST will pay “some margin,” Stephen O’Neill, head of private markets at the pension fund says it won’t pay traditional private equity fees.

“Private equity investment often involves two layers of fees when even just one level of fees is probably beyond the affordability of NEST and most other DC schemes. We will not pay any performance fees or carried interest – we don’t like to pay people for a service twice and think that a management fee should be enough motivation to come in and do the job,” he told Top1000funds.com in an interview.

NEST hopes a series of other carrots will be enough. Fund managers often don’t get to transact on as much co-investment deal flow as they would like because they lack dry powder to stand behind deals. Under NEST’s model, GPs can hunt for co-investment sure in the knowledge of NEST’s permanent capital and ability to commit a large amount of money that can be drawn over the years in an evergreen structure, reducing the need for repeated fundraising.

“GPs will be fund raising for their vintage three or four funds besides working with NEST, but we offer a permanent arrangement and capital,” says O’Neill. “We can accommodate things that GPs’ existing client base haven’t explored or don’t have the appetite for. For example, they could use NEST’s capital to buy a big portion of a deal then syndicate a portion out and leave us as the permanent investor in the remainder.”

Following next year’s initial £1 billion, the fund aims to deploy £250 million every year with a target of 5 per cent of the portfolio invested in the asset class by the end of 2024 and £80 billion invested over the next 20 years.

O’Neill is confident that some of the responding cohort are up for the challenge – despite many dropping by the wayside.

“We have met dozens of managers and the attrition rate is high, but we wouldn’t have launched our procurement process if we didn’t think we had a solid base that would bid on the basis of us not paying carried interest – we aren’t catching anyone by surprise.”

NEST’s promise of continual allocations to winning GPs rules out closed-end fund structures where allocated money is locked up for 10-14 years. Instead allocations will be shaped around new, bespoke vehicles that offer the highest quality. Moreover, rather than opaque closed-end funds, O’Neill wants transparency and regular updates on pricing and reporting.

NEST is targeting growth but also small and mid-cap funds, avoiding allocating too much to large mega-cap buyout funds where O’Neill says the risk return tradeoff is less attractive. Moreover, well-storied ESG risks lurk that could impinge on NEST’s 2050 net zero ambitions with a goal to halve carbon exposure in the portfolio by 2030.

“We want to avoid mature companies without much growth and where extracting private equity returns relies on limited tools like leverage and slash and burn.”

The only caveat will be if a small, growth company grows to become large cap.

“We won’t sell it just because of this hard limit.”

O’Neill is only planning to mandate one or two managers, keeping the number in the “low single figures” that strikes a balance between ensuring NEST’s two-strong private markets team aren’t overwhelmed managing the managers, but capital is successfully deployed in today’s constrained market.

UK DC pensions have until now largely steered clear of private equity because of concerns that performance fees levied by private markets managers would put them at risk of breaching a 0.75 per cent charge cap on retirement savers’ fees. This year the government loosened the annual charge cap to better accommodate performance fees. Still, O’Neill says it is “very difficult” for DC funds to accommodate performance fees from an operational point of view since the so-called smoothing regulation isn’t in place and explaining to beneficiaries that “they are paying X as well as a variable Y underneath” is challenging.

Today’s private equity allocation began with a first step into private credit in 2019 (where fund manager fees are cheaper and the carried interest component less pervasive than in private equity) subsequently followed by infrastructure equity where NEST onboarded three managers earlier this year. Allocations driven by the pension fund amassing enough AUM to approach private market managers to ask them for the kind of pricing the fund requires to access the asset class.

“We felt we had reached a critical mass,” says O’Neill.

Alongside a larger AUM, the private markets push is a consequence of NEST having grown wary of increasing concentration in global developed equity markets due to outsized exposure in indexes to a combination of certain stocks: big oil in the UK and tech stocks in the US.

Elsewhere, share buyback activity and companies that had achieved the scale to go public deciding to stay private for longer, has also pushed the pension fund towards private equity.

“A lot of factors made us feel that public markets were shrinking and concentrated, and collective returns declining.”

O’Neill plays down NEST blazing a trail for others or that the pension fund’s refusal to pay performance fees heralds a shake up in the asset class. He maintains that private equity is notoriously sticky around its business model and demand far outstrips supply, making it easy for GPs to defend their profit margins.

Nevertheless he does conclude “it might” change as DB schemes increasingly “step back.”