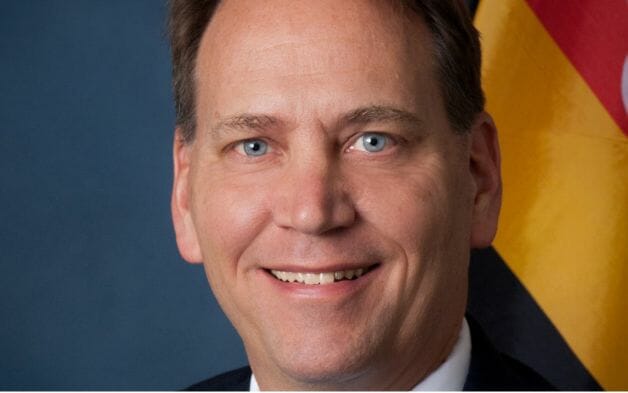 Maryland State Retirement  and Pension System is the latest fund to record an historical performance for the 2021 financial year, returning a best ever 26.7 per cent. Again public and private equities were the star performers with an exceptional 51.85 per cent return in private equity and 44.54 per cent in public equities  But in recognition there might be a bill to pay for those higher returns in the future the fund has lowered its actuarial rate of return.

In what could almost be described as cruel, the ridiculous return of 51.85 per cent in the PE allocation did not beat its benchmark, a peer-group benchmark developed by State Street that returned 53.13 per cent.

Chief investment officer of the $68 billion fund, Andrew Palmer, says the private equity portfolio, which currently has a 17 per cent allocation against a benchmark of 13 per cent, is a very strong portfolio of high quality managers.

“Our philosophy for this asset class if we can put ourselves with the top managers and diversify by strategy and geography we will be strong. And our managers all did well relative to their peers,” he says in an interview with Top1000funds.com.

The real issue for the fund in PE he says is the portfolio had about 10 per cent in venture and the PE benchmark has about 17 per cent.

“My philosophy of investment is a lot of products have negative skew and you’re lucky to get par back. It’s hard to generate a lot of extra return. We look for opportunities where we can get lots of extra return without corresponding lower return and venture offers that potential for very strong returns,” he says. “The venture benchmark was up 67 per cent last year so if you didn’t have enough or bold enough venture then you didn’t do as well.”

Maryland has a target allocation of 13 per cent to private equity but due to the portfolio’s success the allocation keeps increasing.

The fund has been building out its venture allocation, with the 10 per cent of PE allocation lifted from 6 per cent a few years ago.

“The challenge is we are a public plan and venture managers are quite secretive and keep information close so there are some challenges with that. We are also large and venture portfolios are often small so it’s hard for us to write enough checks. We have some partners that help us with that and get the right managers, he says. “What is coming in venture is attractive, there is some great stuff coming in consumer tech, business tech, and medical tech.”

The fund works with 45 core managers, and overall have 64 active GP relationships which was the result of a secondaries sale in 2019 that reduced the number of relationships from a high of 94.

“We now work with active managers we have confidence in. That freed up some capital and freed our attention,” Palmer says.

The performance of the public equities portfolio is the result of work over the past five years to improve performance.

“We were challenged a bit on managing our exposures between regions and different strategies such as small versus large and growth versus value. We didn’t have great systems or the depth of staff to measure that in real time and manage it. So we’ve been working on that,” he says. “We’ve been measuring and managing the beta at the strategy and total plan level so we didn’t have this drag of not having enough exposures.”

Typically the fund has had a growth tilt versus value, and historically a small versus large tilt, but that has been reduced tremendously in the last few years through tactical allocations.

The 36 per cent allocation to equities is split between US equities (16 per cent) and developed international and emerging markets (10 per cent each).

Palmer says the fund only uses active where it can generate excess return which means it has a lot of passive in US equities and is fairly active everywhere else.

It manages a Russell 1000 portfolio inhouse and is contemplating other strategies it can bring inhouse.

“We are hoping to do some active inhouse too,” Palmer says. “It helps us with having more control of assets and a lower cost. But also the skill set to manage assets helps us to be better managers of others.”

In the past year the fund has been slightly over exposed to equities on a tactical basis which has been managed through a mix of managers with different styles as well as a tactical overlay with derivatives to tweak exposures.

Baillie Gifford, one of the fund’s most consistent outperformers, was up almost 95 per cent relative to the benchmark for calendar year 2020.

“We have this mentality where we are looking for managers with the potential to have outsized returns but they have good risk management so there are not big drawdowns,” Palmer says.

In the year to June 30, Palmer says the contribution to excess return came equal parts from stocks and bonds in public markets.

In equities it was the stock selection from managers, and on the bond side it was how the team allocated between different risks, specifically it was overweight spread products and underweight long treasuries with each position contributing about 100 bps in return to the total plan.

Palmers says it is an example of how the fund manages the risks of the plan, which is to try to find places where the distribution of returns is skewed in one way or the other and then maximise or minimise the exposures.

“You can see that in private credit and real estate too. We have been moving to upgrade our risk posture. The private credit portfolio had moved from high yield to a BB/B benchmark. In real estate we allowed our value added and opportunistic private real estate portfolios to mature and give back capital and become more of a core portfolio. We have spent a lot of time putting money into the market.”

In the past year the fund has added $1 billion in real estate commitments to pivot to more risky assets.

But despite the stellar performance for the past financial year, the fund recently reduced its actuarial rate of return, moving from 7.4 to 6.8 per cent for fiscal 2023.

“The large return we had last year pulled returns forward, all the asset classes have lower expectations today than they did a year ago and the change in the actuarial rate reflects that,” Palmer says.

Palmer likens to the situation to the year 2000 when most US public funds were fully funded with big returns achieved during the tech run.

“At the time the actuaries are saying you are too well funded so you have to increase benefits, stop making contributions or lower your assumed rate. It’s the same sort of environment. We’ve had abnormal returns and the right answer was to lower the assumed rate. Those that did in the past are among the better funded funds today. It’s recognition that there might be a bill to pay for those higher returns in the future.”

The fund is undertaking an asset allocation study with its consultant, Meketa, where it is specifically looking at a number of topics including lower interest rates and whether bonds still have the diversifying properties they had before; whether to use leverage; and whether the impact of climate change changes the mix of assets.

“I think a focus on inflation-protected assets and assets that get a lot of return from income might be where we go, it reduces the reliance on bonds.”