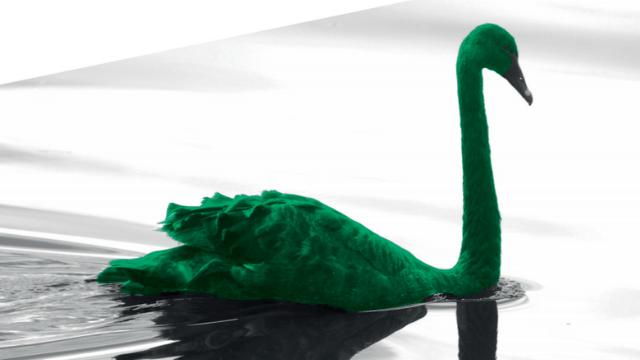 Implementing net zero ambitions is a huge execution risk for investors, says Frederic Samama who warned of the risk of “everyone doing the same thing at the same time”. He was chairing a session at the Bank of International Settlements’ Green Swan conference on portfolio implementation of net zero ambitions.

Financial institutions around the world representing $70 trillion in assets have committed to net zero but there is still a debate in the industry about how to execute on that ambition, according to Frederic Samama chairing a session on net zero portfolio alignment at the Green Swan conference last week. The event was co-sponsored by the Bank for International Settlements, Bank of France, International Monetary Fund and Network for Greening the Financial System.

Samama observed that broadly speaking there are two schools of thought: those that select the corporates that are already aligned in their trajectory towards 1.5 degrees; and those that look more from a portfolio construction perspective where investment is not about the trajectories of the corporates, but more focused on allocation with portfolios shuffled year after year “in order to spend the budget that mimics the one we have in the planet”.

“It is fascinating to hear there is still a debate within the industry on how to do it, it is extremely interesting to see the industry is still looking for solutions,” he said.

Samama, who is chief responsible investment officer at CPR Asset Management and co-author of The Green Swan, also pointed out the large implementation risk to investors of executing on their net zero plans.

“We all said we have 10 years in front of us, and we have outlined the physical risks, and we know the emissions are on the rise and we have to reduce them by 90 percent. The risk of a massive adjustment by policy makers is pretty big, and at same time there are very large commitments. So given all that there is a massive risk that everyone does the same thing at the same time,” he said. “This has pretty big consequences for everyone, even for stress testing. It’s less about how portfolios will react to a carbon price, but the risk of implementation knowing a lot of players will do the same thing at the same time. It is becoming a huge execution risk.”

Adding to this was Isabelle Motoes y lago, global head of BlackRock’s official institutions group who said the manager believes most of the market repricing will be in the near term, not the long term.

“There is a tendency to say climate change a risk in the long term and it is far down the horizon, and that is probably true for physical risks,” she said. “But it is our view that  in terms of markets the bulk of the repricing will be in the next five to 10 years. And so absolutely those who are still ignoring it are putting themselves and their portfolios at tremendous risk and those that are early are going to be the ones catching the best opportunities.”

She said it is still early days in terms of the reallocation of capital with only about 20 per cent of global assets managed in a sustainable way.

“When all of that moves there will be a massive repricing of capital across industries and companies and you want to be well positioned for that.”

The panel also heard from investors on how they are aligning their portfolios with the net zero ambition including head of responsible investment at Zurich, Johanna Kob and chief executive of AP4, Niklas Ekvall.

AP4 is a leader in ESG integration with investments dating back to the 1970s and 1980s, but it wasn’t until about 10 years ago that climate and the environment was viewed as a systemic risk to the portfolio.

“In 2017 we did our first thorough climate analysis, which is now a key part of our investment activities at the fund, it is a fundamental input into our long term economic scenarios which is the basis for our long term asset allocation,” he said.

AP4 was also one of the first investors in green bonds and the fund has had a low carbon equity strategy since 2012 which last year was expanded across the entire equities portfolio. AP4’s equity portfolio has less than 50 per cent of the carbon intensity of normal broad equity index. It is also in discussions to be part of constructing a low carbon index that can be used by other investors as well.

New targets state a further reduction of 50 per cent by 2030 and the fund will be net zero by 2040. This means carbon emissions from AP4 are far below 1.5 degree target.

“We have also developed our low carbon strategy further after extensive work and now include forward looking data. Besides things like carbon intensity and stranded assets we include new data on how well companies’ goals and ambitions are aligned to the Paris Agreement and we also look into how sensitive profit margins are to an increased carbon price in the future,” he said.

“In energy for example the only companies that remain are those that have plans to be aligned with the Paris Agreement and have plans to further increase investment into renewables. Within that concentrated portfolio our engagement becomes more efficient,” he said.

Meanwhile Zurich, which was a founder of the Asset Owner Alliance and was the first insurer to sign the Business Ambition for 1.5°C Pledge to limit global warming, has made some concrete plans to reduce emissions in its operations and also in the investments it manages in its $250 billion portfolio

This includes a 25 per cent cut in carbon intensity planned for listed equity and corporate bond investments by 2025 and a 30 per cent cut targeted for direct real estate investments. Emissions from operations will be cut by 50 per cent by 2025 and 70% by 2029. Zurich also pledges to use its influence as an investor and insurer to press for change, and urge companies it invests in to set their own targets for a 1.5⁰C future.

Investors agreed that in order to scale up investments and have a meaningful impact a price on carbon was essential.

“We need to get a global price on carbon in place, and sufficiently high in price to get an impact. That should be the top priority for every political meeting on climate, it is the key thing to get the market forces working in the same direction,” Ekvall said.