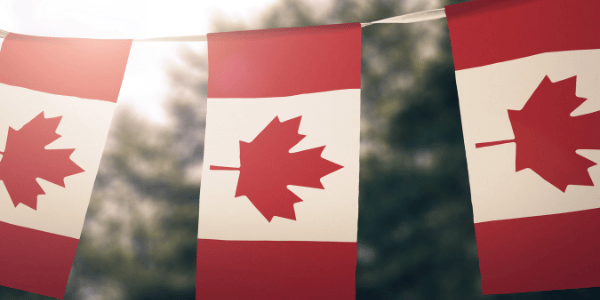 The Canadian model, revered world over for its supreme pension management, is not low cost despite that being one of its oft-described traits. New research by CEM Benchmarking and McGill University shows that these funds are cost efficient, rather than being low cost.

The Canadian Pension Fund Model: A Quantitative Portrait, looks at the success of the Canadian model and estimates that, by managing a high proportion of assets in-house, Canadian funds reduce costs by approximately one third. However they spend those “savings” on larger internally-managed portfolios; and even though they have less external management, they spend more than their peers on external managers.

The paper shows that on average Canadian funds spend 18 basis points on internally managed portfolios, compared with 7 basis points for their peers. And they spend 121 basis points on their externally managed portfolios, versus 86 basis points for their peers. Examples of expenses include risk management units and IT infrastructure where Canadian funds spend more than their peers by a factor of five. And the paper shows that these patterns hold true within each asset class and style.
Chris Flynn, one of the authors of the paper, says it is not always appreciated that while the large Canadians save money by having large internal management, they don’t put those savings in their pockets.

“They are saving because the way they manage money is efficient. They have a high cost asset allocation and high use of active, so they are high cost. Fundamentally they believe they can do things themselves more cost effectively. Their main driver is not for low cost, but for high net performance,” he says.

Associate Professor of Finance at McGill University and co-author, Sebastien Betermier, says the portfolio allocation of Canadian funds is drastically different from other funds.

“There is a complete restructuring of the portfolio away from external management which allows savings, and they take those costs and redirect them and reinvest in all levels of portfolio management. They spend more within the internal portfolio and with external. They have less external but it tends to be more specialised, niche investments and when they do invest externally, they invest a lot and spend a lot,” he says. “They restructure the assets towards those that are more difficult to manage and expensive. They also have a big push to strategic assets and that kills two birds. They have higher efficiency and do a better job of hedging the liabilities. Canadians have twice the share of real assets as other funds.”

This is the third distinctive feature of large Canadian funds – alongside managing assets in-house to reduce costs and redeploying resources to investment teams – the allocation of capital towards assets that increase portfolio efficiency and hedge against liability risks. These assets not only include commodity producer stocks but also real estate and infrastructure.

CEM’s Flynn says this is a lesson for US public pension funds which he describes as “leaving asset liability opportunities on the table”.

“They look too much at the assets. They would benefit from looking closer at the Canadian approach in this regard. The Canadians don’t have the same regulatory restrictions, but they think in terms of asset liability matching and they are willing to take some risk.”

Altogether, these findings reveal a three-pillar business model that goes beyond a simple combination of professional in-house management, scale, and asset diversification the paper says.

“We find that by having more internal management and re-allocating the savings internally Canadians spend much more on risk management and their total expenses are higher by an order of magnitude,” Betermier says.

The authors, who also included Alexander Beath and Quentin Spehner, were surprised by the fact that this business model is pervasive among the Canadian funds regardless of size.

On average the smaller Canadian, those with less than $10 billion, have around 13 per cent managed internally, which is much lower than their larger fund compatriots, but a lot more than the average non-Canadian small fund which is about 3 per cent internally managed.

The authors contribute this to a number of cultural factors.

The model started with the larger funds and then with the movement of labour from one fund to the other the characteristics that have worked get replicated.

In addition Canadian funds are all very young so the way they are designed from a governance point of view, and the investment environment in which they were formed specifically with regard to low interest rates, impacts their risk profile.

Lastly the model is normalised in Canada, and all funds want to act like the leaders. That is an easier conversation to have with a board, that you just want to look like your peer group.