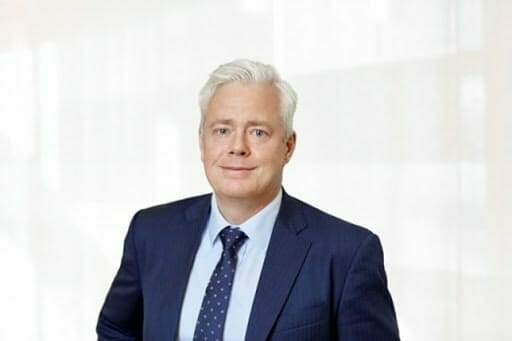 The Swedish buffer fund AP4’s high allocation to equities has meant its record annual return in 2019 has come tumbling down to a first half result of -2.5 per cent. But its very low cost and nimble nature positions it well for the future.

With a team of only 60 people, one of the advantages of the SEK403.2 billion ($46 billion) AP4 is its ability to be agile in both how it allocates assets and how it makes decisions.

“One of our strengths is we are a small organisation,” says chief executive Niklas Ekvall. “We can be nimble if needed because of the small size of the organisation and the close interaction with the board which has delegated responsibilities throughout the organisation.”

An example of this is the fund’s quick reaction to the market volatility in March and April where it moved its asset management team to what it calls a state of readiness, or “beredskapstillstånd”, which allows it to meet more frequently than normal and create more flexibility to share information about the fund’s larger positions and act swiftly on opportunities.

“We changed the way we work to be more integrated and meet more frequently to make sure we are sharing all the information among the team and have a good grip on all the big positions, as well as be able to act quickly if opportunities arise,” Ekvall said.

Continuous risk management is a hallmark of the fund’s state of readiness, and there are four main principles that the team focused on during the spring volatility:

“In this different mode of running the fund we try to avoid doing unnecessary transactions because it’s very expensive to transact,” Ekvall says. “We only transact when necessary. We run the fund in a much more tight way during this period.”

Among its peer group globally AP4 is one of most cost efficient pension funds and has a very low overall cost structure of only 0.1 per cent of fund capital – made up of operating expenses of 0.06 per cent and commissions (to external providers) of 0.04 per cent.

Its low cost is due to the simplicity in the portfolio construction and the high allocation of assets to internal management.

“Cost efficiency comes from managing quite a lot internally and keeping things quite simple, so we don’t end up with a large number of external mandates that can be costly,” Ekvall says. “Sometimes you end up getting a high cost index portfolio if you diversify too much, [but] our mandates are large enough to make a difference.”

About 85 per cent of the fund is managed internally and active returns have largely come from the internal management of domestic equities.

“If there are asset classes that we believe can contribute strongly to the total portfolio but we don’t have internal competence then we hire external managers,” Ekvall says, pointing to emerging markets, private equity and hedge funds which all have external mandates.

“We are very selective in doing that. There are some areas we believe there is a strong benefit to adding it to the portfolio and there is active return potential then we will add it. Sometimes we want to have a relationship with a manager so they can contribute to the organisation more broadly.”

Ekvall describes the fund as a very active manager, with an expected active return above the benchmark of 1 per cent a year.

Since the start of the pension system in 2001, AP4’s average annual return after costs has been 6.5 per cent in nominal terms, which is higher than the long-term target of an average of 5.7 per cent per year (real return target indexed by inflation).

In looking for investment opportunities the team looks over three different time horizons: a short-term tactical view, a three to five-year horizon and the long-term, 40-year view which is where it builds it asset-liability management framework. This occurs every three years and the fund is in the middle of that process now.

“We have our base asset allocation and work with our mandates to generate extra return. We think the best opportunities are not in the tactical space but in the three to five year time horizon. But the long-term view and the ability to carry risk over the long term gives us possibilities,” Ekvall says. “In spring we were early to buy equities when the market was falling, and there is more opportunity in credit. We could buy credit at very good prices due to our ability to carry risk and be one of the few buyers. We try to be on our toes and see where the imbalances in supply and demand which is usually in the three to five year horizon. It is a very strong benefit that we are so long term in our thinking, we can act in a way few others can do.”

Over the past three years the fund has been working actively to increase the real asset portfolio, trying to find assets that will yield stable long-term real return to get more inflation protection in the portfolio and compensate for bad returns in nominal bonds, which haven’t played same role as they have in the past.

When the fund conducted the last ALM study in 2017 the conversation centred around the idea that equities would not generate the same returns they had for the previous decade. Ekvall says he still believes an equities portfolio would deliver better outcomes than fixed income but according to the fund’s main scenario it will be 2023 before GDP levels return to the same level as pre-pandemic.

“The long-term key question is whether the pandemic will cause structural and permanent damage to the world economy, and if so, how much. Revolving around this question, undoubtedly there is no lack of areas of concern, including the risk for permanently high unemployment, a new crisis in the financial system, a halt to globalisation and increased regional tensions, and a sharply higher level of debt that may lead to structural problems in the future,” he says. “On the other side of the scale, and more positively, are other factors that over time may strengthen the economy’s way of functioning and productivity. Examples of such factors are an acceleration of digitalisation, investments in neglected infrastructure, the shift to a sustainable society, and the potential for positive structural reforms.”

Ekvall acknowledges that the pandemic will lead to permanent damage to the world economy, but believes that this damage will not necessarily be as hard to repair over the long term as after the financial crisis.