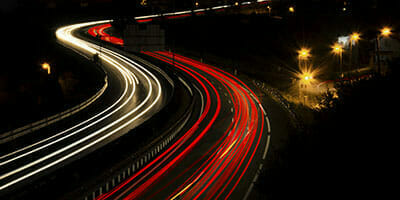 Infrastructure businesses are usually impacted by the tail end of recessions as demand for essential services flags or public counter-party risks increase. But from the onset of the COVID-19 crisis, it was clear that infrastructure was going to be impacted before every other business.

The initial phase of this crisis was not an economic shock but a state of emergency requiring nation-wide lockdowns, effectively shutting down most key transport links. The impact of the oncoming economic recession on infrastructure investments will only come later.

Who could doubt that equity returns for unlisted infrastructure companies were lower and often negative in the first quarter of 2020? Major airports, ports and roads saw their traffic collapse often by more than half. Along with lower expected revenues and dividends, investors’ required risk premia had also increased, not only for so-called merchant assets, but also for holding any illiquid assets, including infrastructure.

The Q1 2020 release of the EDHECinfra indices captured both impacts (on revenues and risk premia). The infra300 equity index was down -6.37 per cent for the quarter (equivalent to -23 per cent on an annualised basis) and the most impacted sectors exhibited returns more than twice as negative.

While the COVID-19 lockdowns impacted performance negatively, it must be noted that the infra300 has had worse quarters, including -11.5 per cent in Q1 2009. In effect, some segments of the unlisted infrastructure universe are much less impacted due to the contracted nature of their business model. Transportation stopped but utilities kept running and data infrastructure became more useful (and surely more valuable) than ever.

For a decade, investors have increasingly focused on “real assets” partly as a response to the financial crisis of 2008. The current crisis however is the reverse phenomenon as a ‘real’ crisis eventually contaminating the financial sphere.

For asset owners, a better understanding of the risks related to infrastructure assets will:

For asset managers, showing which systematic sources of risks (and returns) their investment strategy embodies will:

What can infrastructure investors do this year with benchmarks absolute returns benchmarks defined as the risk-free or inflation rate plus a spread or 400 or 500 basis points? Is everyone who invested in transport and probably any merchant asset going to underperform? Or is it not more relevant to ask how they are doing relative to the market given the investment choices they have made? With such bad benchmarks, it is not possible to tell who made the right choices and who didn’t.

What the COVID-19 lockdowns achieved better than any stress-test or downside simulation is to reveal some of the risks that were always present in businesses that are at the core of the economy. The stability of infrastructure assets is conditional on the economy itself being stable. In the event of a large shock, even infrastructure assets become more correlated with other asset classes.

The implications are important for long-term investors who report liabilities on a fair value basis and need to understand the impact of infrastructure (which has a significant duration) on their funding ratio, including for short reporting periods.

This does not change the potential role or attractiveness of infrastructure for investors. As the EDHECinfra analytics demonstrate, these companies continue to have unique characteristics including a high cash yield and attractive risk-adjusted returns.

The current crisis is a demonstration of how valuable infrastructure assets are in normal times (when they can be used) but also that they are not risk-free. Ignoring these risks is not an option anymore for asset owners or managers alike.

The current coronavirus crisis has exposed many weaknesses, one of them being the chronic under-investment in social infrastructure in most countries – developed and emerging. So what can be done to make this more attractive for investors and meet the need?
Georg InderstApril 20, 2020
View more articles