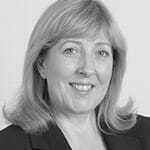 Some 1,700 delegates will converge on Paris this week for PRI In Person, the annual conference for the influential UN-backed Principles of Responsible Investment. Established in 2006, it has over 2,000 signatories comprising global asset owners, managers and consultants representing $80 trillion AUM, all of whom have committed to its six principles designed to integrate ESG considerations into investment practice.

In a wide-ranging agenda that includes keynote speeches from French politicians, the President of the European Central Bank, global asset owners and company CEOs, the conference will delve into every corner of ESG. Sessions range from a deep dive into regulatory developments over the last year, to investor progress around integrating the UN’s Sustainable Development Goals and how to foster ESG in passive investment. Experts will offer insight on ESG integration in private equity and sovereign debt, and the pivotal role of Central Banks in meeting climate challenges. Diversity, human rights and how investors can influence plastic reduction in supply chains are also on the agenda.

It reflect the organization’s increasing reach. “The PRI has had a good year,” enthuses CEO Fiona Reynolds. It has seen rapid growth (adding over 100 signatories) and take-up of responsible investment has increased in more countries and more organizations around the world. For example, the PRI now operates in South Africa and China, where insurance group Ping An become China’s first asset owner signatory in August.

Elsewhere, more governments are integrating sustainable investment policies like the EU’s new taxonomy, a green encyclopaedia for investors seeking to finance a green economy, the UK’s green finance strategy and similar initiatives in Australia and Canada. In the US, America’s Business RoundTable has just strikingly diverged from its traditional stance, stating that the country’s large corporations should be run not just in the interests of shareholders, but also in the interests of stakeholders, a change that Reynolds views as particularly important.

“Responsible investment is an issue that is taken much more seriously. It no longer sits on the fringes,” she says. Moreover, that growth in take-up has been accompanied by an increasing depth of practices. “In the early days it was all about active ownership and engagement. Now ESG is being integrated across asset classes and investors are engaging in policy discussions.”

One key conference session will also focus on the PRI’s flagship Inevitable Policy Response (IPR). Here, the organization argues that governments will inevitably have to legislate to limit global warming, and that the longer legislation is delayed, the more disruptive those policies will be. “We believe that a policy response is inevitable and that governments will be forced to take action. This is a risk for investors,” says Reynolds. Over the last year the PRI has built out is IPR work, highlighting eight areas where significant policy action is most likely. “Policy intervention is not priced into markets effectively,” she warns.

The organization has also made progress in getting more out of its signatories, particularly asset managers. In 2018 it drew up new minimum requirements and found that 152 signatories didn’t meet them. Out of those, 83 signatories met the new requirements in 2019. The remainder have the next reporting cycle to get in shape before they will be delisted. “176 signatories were on our watch list this year. 49 per cent of those were on the list for the first time and we are engaging with them. If by end of our reporting cycle in 2020 they don’t meet those requirements, we will delist them,” says Reynolds.

The PRI is also planning to revamp its reporting framework, used to measure signatories accountability and as a benchmarking and learning tool. “As part of this review we will make our reporting simpler and streamlined so it doesn’t take so long. It will also be harder to get the good scores,” however Reynolds stresses the organization is a broad church. “Not everyone is at the same level and we don’t expect someone starting out on their journey to be the same as everyone else. What we want is for everyone to be moving.”

With this mind she adds that it’s not just about pulling up the laggards either. The PRI is increasingly focused on celebrating its leaders in a race to the top. At this year’s conference the organization will present its annual awards for the first time.

Reynolds over-riding aim for PRI in Person 2019 is to get further, faster. Despite the “great numbers” and landmark progress, when she looks at the real world the responsible investment story isn’t translating. Emissions are increasing, the Amazon is on fire, inequality is growing (here she cites new Federal data revealing US CEOs earned 287 times more than average workers in 2018) and demands for more from governments are being ignored. “Responsible investment isn’t going to solve all the problems in the world, but it’s got a role to play. We need to do more, act now and do it with far greater ambition. On one hand I am excited about our growth and direction of travel, on the other I am concerned we are not going anyway fast enough. This is what keeps me up at night.”