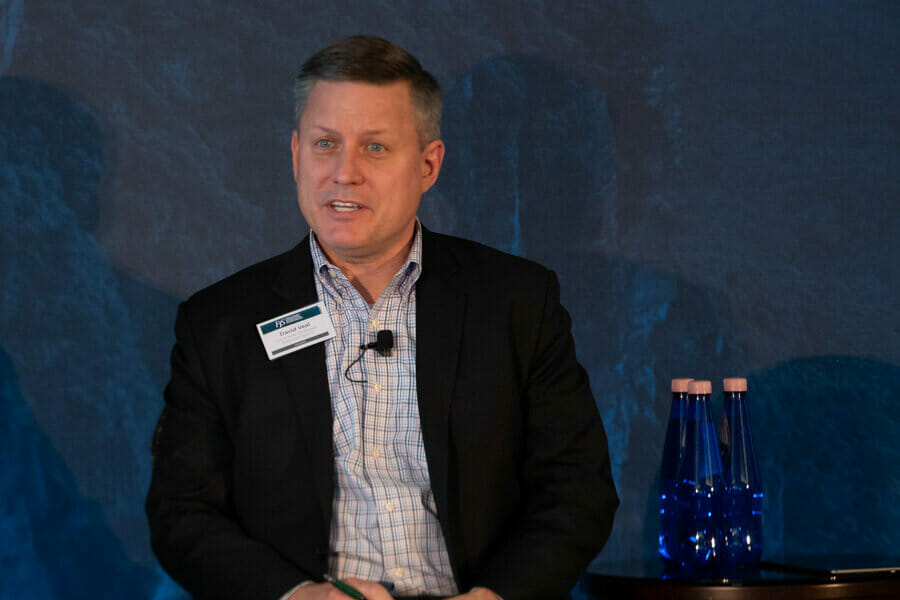 Amanda White: You moved to the City of Austin three years ago because you saw an opportunity to modernise the fund. What have you done since you’ve been there?

You have no private equity, isn’t it a little late in the game to get into that?

We looked at the strategic question of, okay, should we literally be the last fund in the room to buy private equity assets and decided the really smart money, the Oregons of the world that seeded private equity and gave KKR their first cheque, are dialling back their allocations. So, we won’t just stampede into this blindly. Anyway, the board, said no to the endowment model, it’s just not what we’re doing. We’re going to move more toward the Norway model. We’re going to focus on the asset allocation, focus on strategy, actually simplify the portfolio as opposed to ‘complexify’ it.

So, I think that’s something that makes us really different, a lot of my peers are moving towards more complex, more costly, and less liquid portfolios which I think may cause them challenges down the road. We’ve taken the different option; we’re actually moving to be more liquid, so that’s been a big trend for us.

The bad news is low growth, and a declining funding ratio. Are you taking more risk? And if it’s not in private equity, where is it?

Well, we’ve got two choices. We can take more risk and concentrate heavily in private equity, for example, which has been the traditional answer. Or, we lever up a more diversified portfolio, because you’re not sacrificing returns per unit of risk. One thing we’ve done is introduce the option of adding trust level leverage in the portfolio. It’ only about 10 per cent, so it’s not too exciting, but basically, the way we would use that leverage is to take those dollars and buy more of everything that we own. So, we would just take the same sharper issue and add a little bit of return to it, rather than just stuff it all into private equity with a 10, 12-year lock, and leverage what we can’t control. We think that’s a better way to do it.

Now we just need to get the mechanics and the governance in place for, okay, when do we put leverage on, when do we take it off, and how does that look? Again, we’re not market timing, but we’re asking, when is risk most likely to be rewarded?

Are you looking at tilts and tactical moves? Or, do you have more of a set and forget kind of style?

It’s an interesting discussion. I forget who it was that said ‘using indices as the basis for investing is absolute madness’, and I thought that was really well-said, and if we look at our passive portfolio, it’s all index based. I do think there’s a better way. I’ve got to figure out exactly what that way is, is that something quasi active, or is it country allocation. I do, want to take a step back and ask what’s the ROE on the S&P500? How does that stack up, and what are the drivers of that, and how does that compare to MSCI EM?

We’ve done some early work on this, and actually, the results are really compelling. We found out that MSCI EM actually has a pretty good ROE, but it’s being driven a lot by leverage, so that’s unsustainable. That’s important because the board doesn’t believe in market timing. So, how do you do a tactical asset allocation model in a world where the trustees don’t believe in market timing?

The way you square that circle is to say, look, we are fundamentally capital allocators, and so just blindly buying an index, that’s actually a decision. To not really know what are the ROE characteristics, what are the leverage characteristics, what are we actually buying in this basket of stocks, is at some level not consistent with our fiduciary duty. So, we’re going back to that and saying, what do we actually own, and can we improve upon it? Could you take EM and just exclude EM Latin America, and just have a better portfolio?

Let’s talk about Texas Teachers. You’ve previously worked there in a number of roles, but most recently managing the strategic relationships part of the portfolio. What’s your experience managing that that relationship?

The idea behind it is sound – taking a small portion of the portfolio and using it to inform what we do with the rest. This is what we call the tail that wags the dog. So, with Texas Teachers, it was 5 per cent of the fund, but it informed everything else that we did from manager research to best ideas forums so it really was sort of a forced multiplier for the rest of the trust.

That worked really, really well. The key question for me now is, does that idea scale down to a fund that’s an order of magnitude smaller than Texas Teachers? The answer is maybe, so far, in that we’ve struck a very similar relationship with Blackrock. We’ve given them a multi-asset mandate and we’ve said ‘your benchmark is our trust benchmark. So, you’re basically CIO for 5 per cent of the fund. We’ve given them a performance-based structure that has very low fees but significant upside if they do well. We’ve said we want to come to your conferences; we want to talk to Rick Rieder, we want to be in the bloodstream of Blackrock, and we want you to talk to our trustees once or twice a year.

We have not got the answer. Over the last year, the performance was basically flat. Still, we’re starting to integrate some of their macro signals into our asset allocation framework, and so I’m optimistic about where it’s going, but it’s a work in progress.

Lots of the larger funds in Australia are building internal teams. What’s your advice for them, having seen that in Texas?

We pay about $8 million a year in fees. I can hire a lot of staff for $8 million a year, especially in Austin, Texas. So, I can make a pretty easy case for that, but I’m also cognisant, having worked inside two pensions that ran internal investment management, that’s a big river to cross.

Once you cross that Rubicon, culturally it’s really hard to ever unscramble that egg, in the sense that once you start doing it, even if they start underperforming, you can’t … fire the whole department? Unlike a manager, where you can just say ‘well, hey, it’s not working out. It’s not you, it’s us’, and then move on.

So, I think that’s the big challenge that it becomes really, really sticky, and so I’m going to do a lot of things before I ever think about crossing that line, I think. Plus, for us as a small fund, how do you really do it well?

You mentioned that you want to be more like the Norwegian SWF. They have, as part of their investment beliefs, some thematics such as water and technology. How are you incorporating some of the big themes into your portfolio and the way you look at the world?

So, part of that discussion is let’s think differently and break free of some of those traditional things, because really, when you think about the capital market assumption process, in a lot of cases, it’s only to feed that MVO, that’s the single point of failure for everything that we’re working on.

If we take a step and just ask, what do we own, what are the trends that are important? Is global trade headed into reverse? Is globalism … is liberalism in retreat? Is western civilisation in retreat? If so, what does that mean? Then the big challenge for all asset owners is they’ve got to have between 60 and 80 per cent in growth assets, so how do they reflect that?

One of the biggest things we’ve done is to take our fixed income portfolio and break it up into its component parts. We’ve broken a commingled fund up into three pieces, corporate bonds, treasuries and mortgages. We’ve shrunk the corporate bonds, because of the triple-B issue since it looks like equity risk.

The treasury piece is big, and it’s got long duration on it, and by the way, it’s held in a separate account so we have access to it in a crisis. I think that’d be one of my takeaways for folks in this room, is to think hard about how you hold things, because a commingled fund in the next crisis, there’s a risk, particularly with ETFs. Can you get to the underlying if you need it? Will you get liquidity? Because we know liquidity does tend to dry up.

City of Austin looks to the future 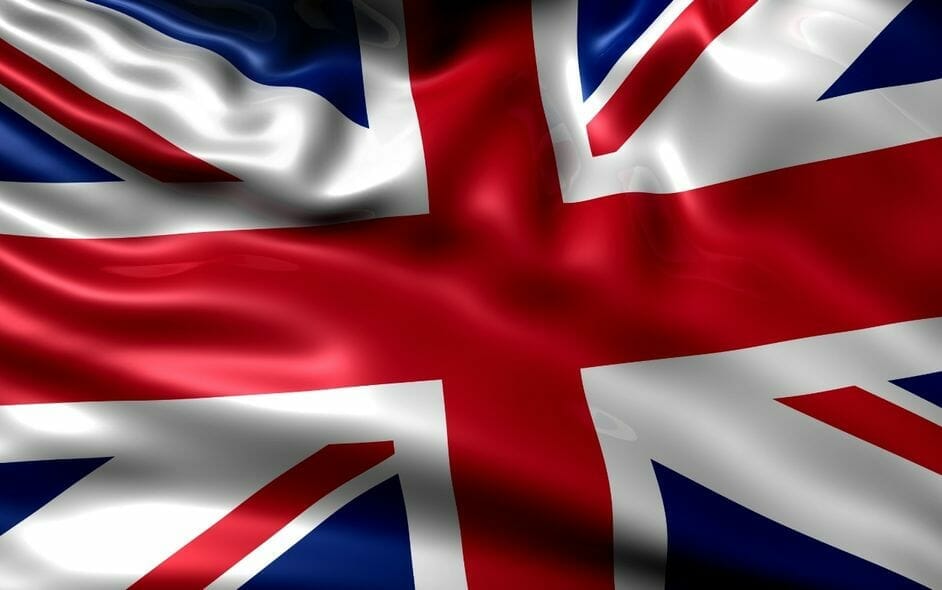 Investors should shape strategies that protect against the downside, said Jeff Gardner, senior portfolio strategist, Bridgewater Associates.  Speaking at the Fiduciary Investors Symposium at the Chicago Booth School of Business, he said that investors should prioritise protecting against losses in the current environment: increasing returns can be additive to long-term wealth, but missing the big […]
Sarah RundellMay 28, 2022
View more articles