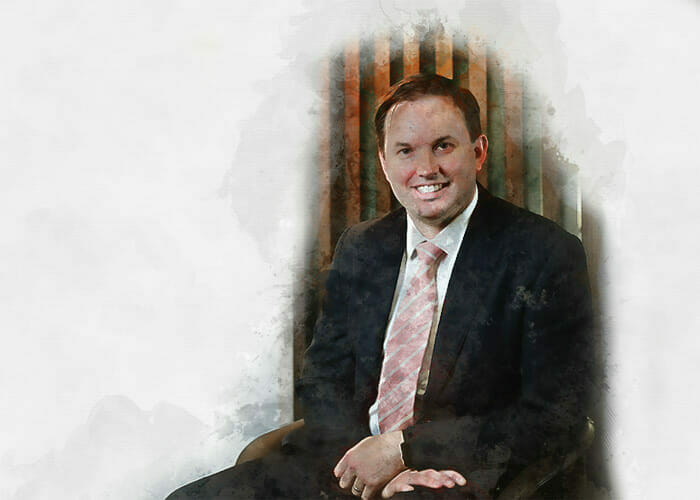 Leigh Gavin, CIO of Australia’s first industry fund, LUCRF Super, admits the job he has held since 2016 is about to get much harder. Poor market performance in the final months of the last calendar year pulled annual returns from balanced options down towards zero and several factors have experts fearful of volatility ahead.

“When I started at LUCRF Super, some people were thanking me for the strong absolute returns in 2016-17, and I said, ‘Don’t thank me. If you want to thank anyone, thank Donald Trump, although he’ll probably muck it up between now and November 2020,’ ” Gavin says.

Back in December 2016, Australian superannuation funds across the board were buoyant, as Trump’s unexpected win in the US presidential election pumped up the sharemarket. Analysis by local ratings agency, SuperRatings for November 2016 shows the median balanced option fund returned 1.2 per cent for that month, reversing a -1 per cent return in the previous month.

But by November 2018, SuperRatings data had revealed that returns of -0.6 per cent in November for members invested in the median balanced option – following -3.1 per cent in October – had brought calendar-year returns to just 1.8 per cent.

“It’s definitely harder, and it’s about to get a lot harder,” Gavin notes. “We noticed through our contact centres and seminars in November 2018 there were a lot more enquiries from members about circa -3 per cent returns, year-to-date. This just shows you we’ve had an elongated period of really good going.”

If there is one thing that Gavin, who joined the $6 billion ($4.3 billion) LUCRF after 14 years at Australian asset consulting firm Frontier Advisors, is attuned to, it’s the members.

“I loved my time at Frontier,” he says. “I had a lot of really good mentors there…who taught me a lot about not only investments but just working with funds, especially industry funds…and the sense of purpose that comes from working with these funds. So I guess it was somewhat inevitable that I was going to end up at a fund like LUCRF.”

Gavin’s family background also makes him likely to be ideologically aligned with a profit-to-member fund. His grandmother, in Gavin’s own words, was a “single mother from Glasgow”.

“She came out here in 1952 with my dad when he was 12,” he says. “She worked at the Heinz cannery factory in Dandenong [rural Victoria] all through the ’50s, ’60s, ’70s and into the ’80s, and Dad was a carpenter and cabinetmaker by trade. I think for a lot of investment personnel who work within industry funds, or work with industry funds, many of us are not third-generation stockbrokers.”

As LUCRF celebrates its 40thanniversary, Gavin says the fund has had an “enviable record as an industry pioneer and establishing what are now industry norms for Australian defined-contribution funds”.

Superannuation belonging to many, not a privileged few, was one of the founding tenets of LUCRF, which was established in December 1978 by Greg Sword and predominantly represents those in the warehousing, pharmaceutical, food and agricultural processing sectors, Gavin says.

At establishment, LUCRF members’ funds were invested broadly along the lines of the 70/30 growth/defensive assets model. That split is now the industry norm; at the time, however, that was not the case.

“Most funds at the time, predominantly defined-benefit funds, were invested 50/50 or even 30/70,” Gavin recalls. “People told Greg he was mad.”

Another of Sword’s guiding principles was that LUCRF should be fully portable between jobs, something that is increasingly relevant with the rise of the “gig economy”.

“This sounds obvious now but was less obvious in 1978,” Gavin says.

Fast forward to 2019 and the typical LUCRF member – there are 160,000 of them – is increasingly in outsourced or casualised labour.
“They’re increasingly vulnerable, increasingly from non-English speaking backgrounds. And it’s tough for them to get superannuation, as they may have multiple employers,” Gavin explains. The typical LUCRF member is 38 and has an average balance of $33,000 in accumulation. Even within LUCRF’s roughly $600 million in pension assets, the average balance is only $175,000. That membership profile drives the fund’s ESG priorities.

“For some time, LUCRF’s focus has been on the ‘S’ issues, which is an area that has generally not got the same airtime as the ‘E’ and ‘G’ issues.” Gavin says.

But that is changing.

“The recent introduction of the Modern Slavery Act in Australia means the issue is likely to garner more traction in 2019,” he says. “Modern slavery is not an ethereal concept for us. We have LUCRF members who are subjected to modern slavery, and who work in the supply chain of some of our largest ASX companies. We also have a focus on active ownership, rather than divestment.”

LUCRF’s member profile has also given Gavin an interesting challenge when it comes to managing the portfolio, and he is keenly aware of members’ needs when going into a fee negotiation.

“That’s a hobbyhorse of mine, as many people know,” he says. “There is still too much money that goes to agents in the system, rather than the principals in the system – that is, the members – and fund manager profit margins are still too high.”

Due to LUCRF’s size, he says, the fund will “generally never write the biggest mandates in the industry”.

“The way we try to get around it is to try to be nimble and help seed either new managers or new strategies from established managers,” he explains. “We’re lucky we have an investment committee that recognises the need to take on enough risk.

“A lot of these things are uncomfortable at the time. Being the first or second client for a new manager is not comfortable, but generally speaking, it’s worked out pretty well.”

LUCRF’s portfolio is, unsurprisingly, also linked to how much risk it requires.

“My observation for some time has been that the financial services sector seems to spend a lot of time devising products seemingly for other members of the financial services sector,” Gavin says. “So how we think about risk [is critical], along with how we think about a superannuation balance that, for most of our members, will need to be paired with at

least a partial age pension. But that doesn’t mean it’s a one-way bet on growth assets.”

In 2015, LUCRF chief executive Charlie Donnelly and independent director Judith Smith began working with the investment team and investment committee to re-envision LUCRF’s portfolio based on the fund’s demographics, taking into consideration that one of the biggest risks to members was “not taking enough risk”.

The right amount of risk

Once Gavin joined, in 2016, LUCRF continued to add “a little more risk to the portfolio, but only at the margin”, he says.

“We had to spend a fair bit of time before we started making tilts to the portfolio on a quarterly basis. This included asking, ‘What’s our philosophy, what’s our process and what’s our reference portfolio?’ And, probably most importantly, ‘How are we going to measure this?’ ” he explains.

Infrastructure now forms about 5 per cent of the fund, compared with as much as 13 per cent for some peers.

Another asset class Gavin speaks passionately about is private equity, although he describes its current fee model as “warped”.

“It is just a classic case of being a model that doesn’t work in favour of the buyer – and in this case the buyer is our industry fund members,” he says. “There’s a heap of dry powder around in the world of private equity at the moment. I’ve got concerns about the amount of money raised versus the [number] of opportunities out there. We may do it again but it will probably not be in the traditional model either.”

Despite an outlook for 2019 that is indeed “more challenging than usual”, he adds that “most of the traditional economic indicators that we look at are still broadly positive”.

“Equities could still earn high single-digit or even low double-digit returns in 2019, particularly given the falls of late 2018, but the unwinding of quantitative easing will probably lead to continued volatility in 2019, as there is no historical parallel for this unwind.

“The Australian economy has gone for 27 years without a recession, which does make you worry that the next one could be a doozy, especially if combined with a housing downturn. The role of industry funds in helping with that transition is going to be important…in helping finance the economy…stepping in and plugging the liquidity gaps, and earning a compelling return for members in the process.”