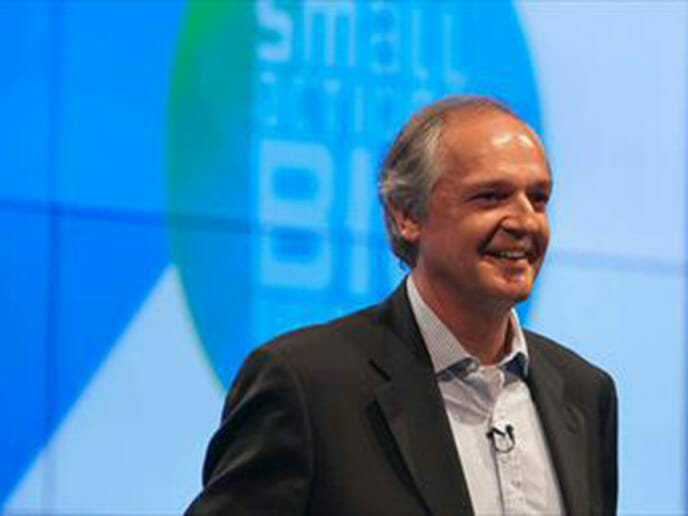 Paul Polman, chief executive of Unilever for the last decade, describes his day job as running the global consumer goods company. His full-time job is trying to create a different kind of global capitalism. In an inspirational speech to delegates at the PRI in Person in San Francisco, he announced the changes he said society needed from the corporate and investment world.

Polman listed four challenges that lie ahead. He said the world needed to decarbonise the global economy and move to a circular economy, and he told delegates the biggest global economies were using more resources than the world could produce.

“If we all lived like Americans, we would need three planet Earths,” he said.

“We can’t protect oceans in a rat race of quarterly reporting,” he said. And he added that the world needed to create an economic system that was more inclusive.

Normally, governments would steer countries towards meeting these challenges, but global governance is in disarray, rooted in post-World War 2 institutions. Businesses always adapt their models but our institutions are still based on 1944 structures, he said.

Polman told delegates they possessed the tools to deal with the challenges that lie ahead.

“We have never been so forewarned and forearmed,” he said. “The key element missing is willpower.”

He also said businesses couldn’t be bystanders in systems that give them life.

One of the most important tools to emerge in recent years is the Sustainable Development Goals (SDGs). Drawn up in 2015, the 17 goals charting peace and prosperity by 2030 were signed into life by 197 countries.

“The SDGs are a perfect roadmap for how the world could run,” he said. Unilever is setting ambitious goals to meet the SDGs, which the company sees as a business opportunity.

Polman called on other chief executives to understand and integrate the SDGs, too. It was possible to take responsibility for value chains, become transparent, run factories at zero waste, stamp out child labour, ensure fair wages, end deforestation and work with governments to change governing frameworks that put a price on natural and social capital, he argued.

He noted important shifts in consumer behaviour that now account for the way companies act. “Companies are disappearing that aren’t adapting because consumers fall away,” he said. He also said employees now choose to work only with purpose-driven organisations.

“Millennials want to work for companies that have a purpose,” he explained.

A company’s worth is now tied up in intangible assets, which now account for 80 per cent of their value, he said. This demands a different strategy that understands new values such as employee satisfaction and reputation.

“The real value of companies now can’t be measured; look at how quickly companies that get it wrong lose market capitalisation,” he said. “Companies are getting caught with their pants down because they don’t understand they are there to serve society, not just their shareholders. They can’t load costs onto others and dodge responsibilities.”

He urged the investment community to challenge companies on their ESG record with tough questions, seeking out the companies able to give answers.

“If you see a murder being committed and don’t do anything about it, you are as guilty,” he said. “Generosity is better than greed, including in your investments.”

Society will solve its problems only if it becomes more focused on the long term, he argued. Nowhere is short-termism more prevalent than in corporate offices, where the average tenure of a public company CIO is five years. Polman urged investors to adopt long-term strategies over short-term thinking, to swap a focus on symptoms for one on causes, and to move boundaries so that behaviour changes. He said short-termism has created under-investment in companies and that economies were not growing because companies were not growing.

He urged asset owners to stop delegating responsibility for their investment to asset managers but to become actively involved in where they invest. Japan’s $1.4 trillion Government Pension Investment Fund’s proactive interaction with its asset managers on ESG showed how to do this, he said. The responsibility lies with asset owners to demand more from their managers, Polman said, and he criticised sleepy trustees and boards for not doing more. Boards don’t understand that fiduciary duty is to the long-term existence of the organisation or company and involves multiple stakeholders, he said. Incentive systems also needed to reward executives for long-term real performance, beyond financial performance.

Polman was encouraged by a new generation of chief executives coming through, particularly in the tech sector.

PRI focused on commitment to task