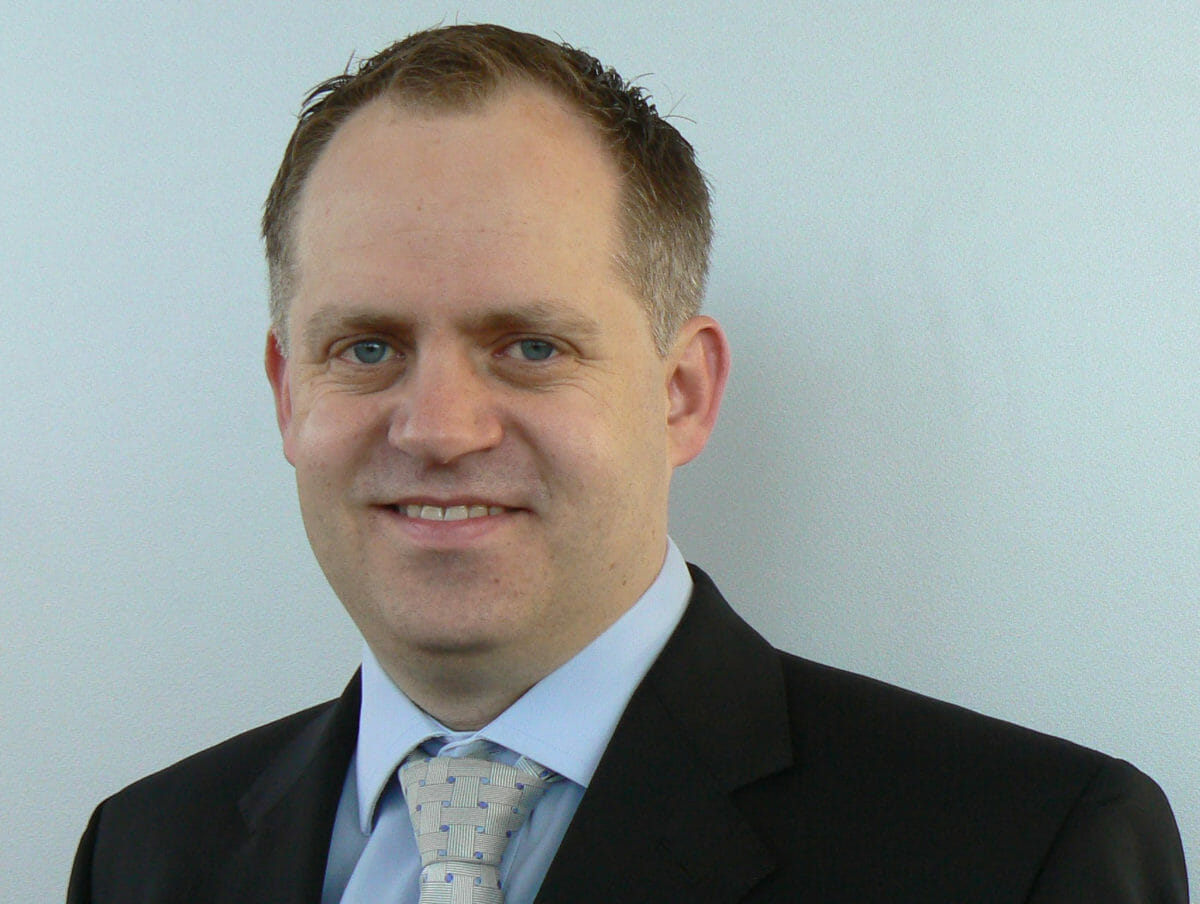 The year 2017 proved to be one of the most costly on record for insurers. With the cost of devastating hurricanes Harvey, Irma and Maria – together with two earthquakes in Mexico and wildfires in California – the losses are expected to reach more than $100 billion once all claims are paid.

These losses will be borne by insurers, reinsurers and investors in insurance-linked securities (ILS) strategies. As we have stated in the past, ILS strategies have many attractions but are suitable only for investors that understand and can bear the associated tail risk.

As can be seen in the chart below, the majority of ILS strategies in the Mercer universe produced negative returns in 2017; however, most returns were positive over the last three years and all were positive over the last five years. Last year, investors experienced not only losses but also instances of trapped capital, which happens when the exact size of insurance losses is uncertain and, until it’s known, issuers of securities can hold back capital.

The impact of trapped capital varies from fund to fund but has been fairly minimal for most ILS portfolios. Some managers have issued side pockets to deal with the issue. 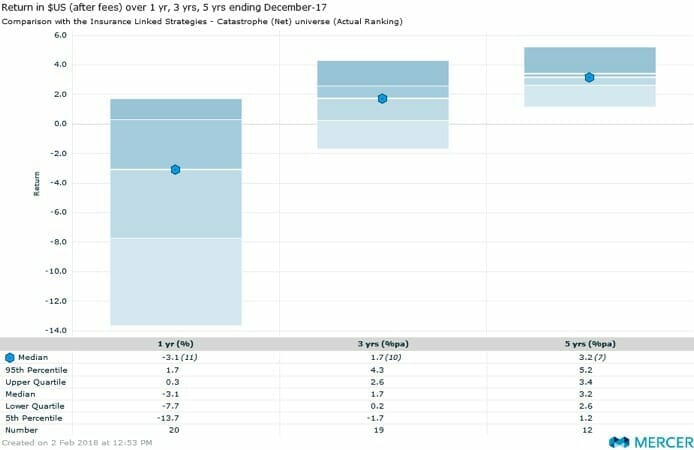 The results show a high level of dispersion in performance, in part because strategies included in the universe have quite different risk profiles, but this is mainly caused by the varying levels of exposure to hurricane losses. Most ILS strategies comprise a mixture of catastrophe (cat) bonds and private transactions. Because most cat bonds cover events that are even more extreme than last year’s hurricanes, the broad impact to the cat bond market over 2017 was minimal, although individual bonds did suffer losses. The Swiss Re BB Cat Bond Index was up slightly last year.

Following last year’s storms, many managers believed opportunities would arise and launched post-event funds and reopened existing funds that had closed to new investment. We believe topping up investments after losses is key to successful in ILS and continue to encourage investors to consider this. But should they go further?

After several years of declining reinsurance premiums and, hence, lower returns from ILS, 2018 is bringing an increase in premiums. In 2006, there were dramatic increases in premiums due to the severe capital shortages caused by hurricanes Katrina, Rita and Wilma. What’s different now is that the insurance and reinsurance industries are still well-capitalised, and many more investors are willing and able to deploy capital into ILS. This will moderate the premium increases.

A large portion of reinsurance renews on January 1, and the 2018 premiums for these contracts are generally higher by up to 10 per cent – as are yields on cat bonds – and some increases are significantly higher.

The largest increases were seen from loss-impacted purchasers of reinsurance, with instances of retrocession – when a reinsurer passes on some of its risk to another reinsurer – typically showing the biggest hikes.

As we move through 2018 and new cat bonds are issued and we pass other reinsurance renewal dates, the true impact on premiums will become clearer. January 1 premium increases have not been uniform, and ILS managers expect this pattern to continue, meaning certain areas and individual cases offer opportunities.

We continue to believe that ILS as an asset class offers attractive diversification characteristics for investors that are able to bear the associated tail risk.

In recent times (prior to last year’s storms), ILS has often had either a neutral or underweight allocation relative to strategic weights in many investors’ portfolios. Although overall expected returns were fairly attractive compared with those in many other asset classes, they were less attractive from a historical perspective.

With expected returns now higher, we believe existing ILS investors should consider increasing their allocations within sensible diversification limits, and those not invested should consider or reconsider the asset class.

Robert Howie is lead researcher for insurance-linked strategies at Mercer.