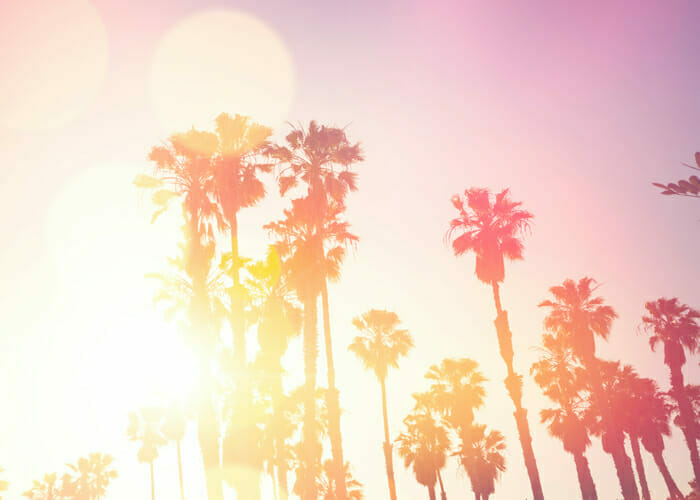 A stock photo of the tall Palm Trees in Los Angeles. Photographed at 50mp using the Canon EOS 5DSR. Visible lens flare and bleach out over exposed look.

The $323 billion California Public Employees Retirement System (CalPERS) has embarked on a detailed analysis of the use of leverage in its investment portfolios, as it grapples with meeting return objectives and seeks to lift its 68 per cent liability-funding ratio.

The chief investment officer for CalPERS, Ted Eliopoulos, said an examination of leverage in the system’s asset allocation process is “really one of the core components in our ALM [asset-liability management] process this year”.

Eliopoulos said there are pros and cons to using leverage at the total fund level, with greater risk to consider as well as potentially enhanced returns.

“But the board and your investment staff was very keen to look at this topic, again under the rubric of kicking every tyre, looking at every possible tool in the toolkit as we face the various pressures [of having to] deliver a portfolio construction that will meet our various objectives,” he said.

However, the CalPERS board of administration has been told that leverage will have at best a marginal impact on its ability to improve investment returns, while leaving its underlying portfolios’ risk profiles unchanged. It was told there is currently no way to tell the total amount of explicit and embedded leverage already in CalPERS’ portfolios.

Managing investment director Eric Baggesen said there is “no agreement on what is the definition of leverage”.

“So a piece of the work that [CalPERS investment director] Ron [Lagnado] and I will be laying out is really trying to [present] a set of definitions, and then build a set of reporting [mechanisms],” Baggesen said to the board. “But [inherent in] all that is really establishing” what we’re talking about.

A road map in the works

Lagnado said the CalPERS investment office is developing a “road map initiative”, which he said is designed to create a more effective and centralised governance and operating model “if potentially we want to move forward with using leverage in a more explicit way”.

“We really are at a critical juncture for the fund,” Frost said. “We are maturing as a system. The membership is getting older. We are in a negative cashflow position, which you all have been hearing many discussions about, and we are currently 68 per cent funded – so we’re up three points on that with the latest returns [and] the discount rate change that came in December, [which] is bringing in new contributions.

“That 68 per cent is the lens that our leadership team at CalPERS is looking through as we are managing the organisation, and it also informs our efforts around reducing risk, cost and complexity.”

Eliopoulos added: “We’re looking at every possible tool in the tool kit either to increase the potential for return or moderate or reduce the amount of leverage in our portfolio construction.”

Baggesen said leverage comes up regularly in discussions about asset allocation. He explained that about 18 months ago, the CalPERS’ board authorised a borrowed liquidity allocation and the intention was to “bring this topic of leverage back up into the discussion and insert it into the dialogue we’re having around our asset-liability management exercise”.

He said CalPERS is often “pinned” between prevailing market conditions, the rates of return that it needs, and the level of risk the plan is able to take. Leverage may be able to help the fund achieve its target returns while also managing risk.

“It is important to recognise that leverage…like most of the other tools we’ve been speaking about…should probably be thought of only as providing some kind of marginal change,” Baggesen said. “This is not a step-function change or a huge sea-change. Even if the desire of this board were to apply a tremendous amount of leverage, that would probably not be achievable given the size of CalPERS.

“The greatest opportunity around this is a marginal opportunity; we think it can have an influence, but it is not ultimately going to be a panacea for some of the challenges that are out in front of this organisation.”

He acknowledged that leverage is not a free lunch and brings risks with it. He added that those risks come from both the sources and applications of borrowed capital.

The managing director of Pension Consulting Alliance, and one of the fund’s consultants, Allan Emkin, told the board leverage must be managed at the total-fund level, which is not how institutional investors traditionally look at it.

“They’ve looked at leverage on an asset-class basis, or an individual asset basis, but not systemically,” Emkin said.

He said there are three critical aspects to an effective policy on leverage: who sets the policy, who implements the policy, and how large the range and when is it imposed? A policy that works for one system may not work for CalPERS.

“You have a unique board, you have a unique liability stream, you have unique staffing, and all of those things have to be incorporated into decision-making on the use of leverage,” he explained. “There are far more moving parts in your investment portfolio when there’s leverage, and it takes a level of knowledge, sophisticated analytics and oversight to make sure you’re getting what you want out of leverage.”

Emkin said leverage calculations and examples often quote average expected returns. But the challenge in using leverage, he explained, is to consider what happens when those averages prove to be overly optimistic, and “you’re on the left-hand side of the distribution” of returns.

The effect of leverage is to increase the potential return from an asset, but also the variability or volatility of returns.

“You as policymakers are probably much more concerned about the left-hand side of that distribution than the right-hand side,” Emkin told the board.

The professor of finance at EDHEC Business School and director of EDHEC Risk Institute, Lionel Martellini, who also presented to the board, said investors such as CalPERS must “define a strategic leverage target at the total-fund level, including both directly controlled and embedded leverage, and explicitly measure and manage the associated risks, as opposed to having an uncontrolled amount of leverage opportunistically defined at the level of internal and external program managers”.

Martellini said the best way for asset owners to consider leverage is from the perspective of the impact it will have on the payoff from an investment.

“One’s ability as an institution to modify the payoff and make it more consistent with the needs of the institution is a key component of what financial engineering and asset-allocation decisions can bring in terms of potential benefits eventually to the beneficiaries,” he said.

He said increased access to upside using a leveraged strategy requires a lower level of performance from the underlying portfolio to achieve a given performance target at the fund level.

Conceptually – and notwithstanding the discount rate applied to the system’s liabilities over time – if a pension system is 68 per cent funded, it has to increase its funding ratio by 47 per cent to become 100 per cent funded.

Martellini continued: “I’m thinking about the funding ratio, and not pure asset value, so it’s relative to the liability performance, which is itself – given liabilities are mark-to-market – a function of the discount rate, which indeed is not constant over time.”

Using leverage to alter the payoff of an investment strategy is, therefore, tempting.

That’s on the upside, or the right-hand end, of return distributions. Looking at the left-hand end, Martellini said, “You come to the opposite conclusion, or a similar conclusion, in a way: it takes only a small or mild negative performance, a mild decrease in asset value in your underlying portfolio, [and] that’s going to translate into a decrease in the value of the levered portfolio.”

“The bottom line is, there’s a trade-off,” he said. “Whenever you want to increase expected return, you always need to increase risk. But we have two choices: one with leverage and another one without leverage.”

The managing director of Wilshire Consulting, Patrick Lighaam, told the board that for many asset owners, and possibly for CalPERS specifically, leverage is underused, “especially if you think about how powerfully and how broadly it can be applied to your current portfolio”.

Lighaam said leverage is thought of as “one of these funky, weird and misunderstood tools…because it comes in so many shapes and forms. Maybe one of the reasons leverage is being frowned upon a little bit is because it’s not so easily defined. There might be a misperception…that leverage is much more risky than it actually is.

“That old view that introducing leverage is increasing the risk is very much linked to the way we were applying leverage in the old days.”