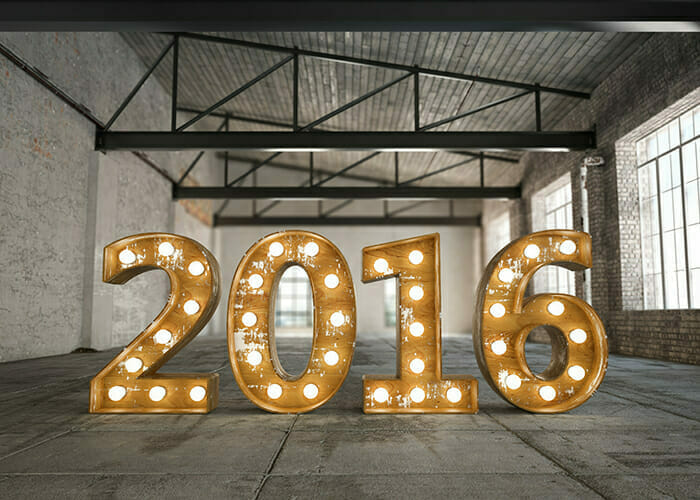 Analysing the most read stories of 2016 reveals some interesting trends. Investors are interested in reading about their peers, as our Investor Profiles feature heavily, as do the interviews we have done with CEOs and CIOs of the world’s largest asset owners.

But overwhelmingly the most popular investment stories have been about fees and issues of sustainability – including ESG integration and portfolio de-carbonisation.

In 2016 we have delivered more than 300 investor profiles, analytical and research-driven pieces on the global institutional investment universe.

Below is another look at the 10 most popular stories of 2016.

Thank you to all our interview subjects, readers and supporters over the past year.

Creating a low-carbon index was a practical way for the New York State Common Retirement Fund, the third largest pension fund in the United States with $178 billion in assets, to put its beliefs into action.

Vicki Fuller, chief investment officer of the fund, says that environmental, social and governance (ESG) considerations are integral to the investment philosophy of the fund.

“We live by them, they are firmly mentioned in our investment philosophy as a source of return and risk, this is not new for us,” she says.

“It is not new for us to be invested in renewables, solar, wind, and active managers who execute sustainable strategies.”

No longer can analysts use the excuse there is inadequate data for incorporating ESG into investment decisions.

The Sustainability Accounting Standards Board (SASB), a not-for-profit chaired by Michael Bloomberg with Mary Schapiro as vice chair, was formed to set market standards for disclosure of material sustainability information to investors. With “material” defined as likely to affect financial performance.

The organisation – founded by Jean Rogers and made financially viable through donors including Bloomberg Philanthropies; foundations such as Ford, Rockefeller, PwC and Deloitte – is predicated on a belief that ESG factors can impact company financial performance and drive long-term value. The fact there is a now a broader range of risks and resource constraints beyond just access to capital makes the use of standardised financial reporting to investors insufficient.

This means that a new, standardised language is needed to articulate the material, non-financial risks and opportunities facing companies that affect their long-term value creation. Read more

To commemorate the 10th anniversary of the Principles for Responsible Investing,
Top1000funds.com released a special print edition magazine and was the official publication for the PRI in Person in Singapore in September. Read more

HOOPP, the C$63.9 billion ($50 billion) multi-employer defined benefit plan, is an extraordinary position of being 122 per cent funded. It continues to focus on innovative investments – such as credit derivatives – as a way to achieve its pension promise.

“We view ourselves as a pension delivery organisation, while a lot of other funds see themselves as asset managers. Asset managers generally measure risk in terms of market volatility or drawdown in capital, but our mantra is to deliver on a pension promise,” says Jim Keohane, president and chief executive of Healthcare of Ontario Pension Plan, HOOPP.

“We define risk as based on factors that may impede our ability to write that cheque 25 years from now, which would include additional factors such as changes in the purchasing power of our assets, caused by changes in interest rates and inflation. We don’t benchmark ourselves against returns, we aren’t this type of organisation. Measuring against returns does not give a full picture of whether or not you have succeeded.”

Success, for Keohane who has been at HOOPP since 1999, is better measured by the glowing funded status at HOOPP, up to 122 per cent from 114 per cent in 2014, despite all of last year’s economic uncertainty.

Outgoing CalPERS’ chief executive Anne Stausboll talks to Amanda White in an exclusive interview discussing her passionate views on sustainability, simplifying the portfolio, and where the improvements are needed.

When Anne Stausboll started her role as chief executive at CalPERS it was a tumultuous environment, or what she calls a “perfect storm”. It was January 2009, the markets were in crisis, there was a state budget crisis in California, and CalPERS was facing ethical issues relating to the fund and former employees.

“My focus was on restoring trust and credibility to the organisation, and making it transparent and open,” she says.

Where historically the culture at CalPERS had been built around its size, and the large size of its portfolio; Stausboll has been focused on rebranding CalPERS around a public service organisation.

“We are here to serve others who have served California,” she says. “This has brought the organisation together, and it is very unifying to brand around that.”

And this means Stausboll oversees around 2,700 employees and an annual budget of $1.8 billion.

“When I started my job as chief executive in 2009, CalPERS had been here for 75 odd years,” she says. “One thing that struck me about the organisational structure was we didn’t have a financial office. That was quite a gap.”

She sees it as one of her greatest achievements; that there is now a well-established and well-functioning financial office, that also oversees risk management, and is integrated with the actuarial office and investment office. Read more

In 2014, the Ontario Teachers’ Pension Plan (OTPP), considered by many to be the best pension plan organisation in the world, paid salaries, incentives and benefits to its 1109 employees of C$300.5 million.

As chief executive, Ron Mock, got a base salary of C$498,654 and total direct compensation of C$3.78 million – which included long-term incentive payments of C$1.961 million. Neil Petroff, the executive vice president of investments, got paid C$4.48 million, including C$2.722 million of that in long-term incentives.

These sound like grand figures. And indeed they are. However, what is behind the figures is more interesting than the numbers alone.

The total investment costs of OTPP, including staff salaries was C$460 million. On assets of C$153 billion, that’s about 28 basis points.

Conversely, the $295 billion CalPERS, which is restricted in what it can pay staff due to its public sector identity, paid $159.3 million in salaries and wages in 2014 – around US$60 million less than OTPP. But it spent a massive $1.347 billion in external management in the 2014 financial year. Which means it is paying costs of about 45 basis points on external managers alone. Read more

Hedge funds are increasingly popular investments which purport to fill this need, as witnessed by a 25-fold increase in hedge fund use in the CEM global database between 2000 and 2014.

But have hedge fund portfolios delivered these benefits? New CEM research indicates that some did but most did not. Read more

Canada’s Alberta Investment Management Corporation, (AIMCo), the C$90.2 billion ($69.4 billion) fund that invests on behalf of 26 pension, endowment and government funds, has more than three quarters of its assets in public markets, most managed internally.

This includes money market and fixed income allocations and a diversified mortgage portfolio, but the most sizeable chunk lies in a $27 billion sophisticated equity portfolio that combines passive low cost strategies with complex hedge fund allocations.

Internally managed equity investments include quantitative and passive strategies which currently invest in 45 countries around the world. Smart beta is one such allocation, and with it AIMCo aims to add 100-150 basis points every year.

“It’s been successful. I like smart beta,” says chief investment officer Dale MacMaster, in an interview from the fund’s Edmonton headquarters.

“We want to access beta as cheaply as possible.” Read more

The mechanism for sharing risks via fees in the pension industry is weak, according to Fiona Trafford-Walker. Asset-based fees have little linkage with the manager’s ability, clients don’t generally get enough benefit of scale and there is not usually a penalty for underperformance other than termination of the relationship. So how should asset owners pay their managers? Read more

Investors should adopt the standardised fee reporting template for private equity released by the Institutional Limited Partners Association, according to Mike Heale and Andrea Dang from CEM Benchmarking. Their research shows that it is not possible to get complete costs from current statements alone, with important costs buried by GP’s statements. CEM encourages all pension funds to adopt the ILPA fee reporting template by asking all GPs to report in this format. Read more