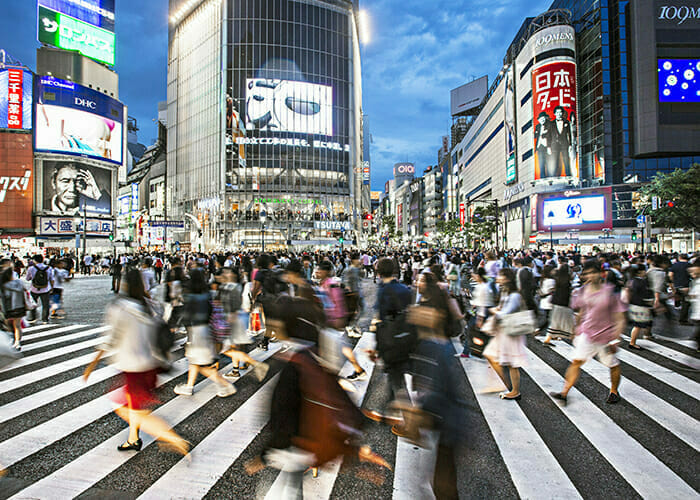 People crossing at Shibuya at dusk.

Japan’s $1.3 trillion Government Pension Investment Fund, GPIF, has announced plans to boost its stewardship role by establishing a Business and Asset Owners Forum through which it will liaise with investee companies.

The world’s biggest pension fund will begin by engaging with a cohort of 10 companies this September, exactly a year on from when the fund signed the United Nation backed Principles for Responsible Investment, PRI, the world’s leading proponent for responsible investment.

“We would like to contribute to an optimal and efficient investment chain through our stewardship activities by feedback of opinions and requests from companies of the forum to our external asset managers,” said the fund in a statement. In line with Japanese legislation, the portfolio is managed by external managers.

GPIF has also announced plans to set up a Global Asset Owners Forum, whereby it will meet with global pension funds renowned for pursuing environmental, social and governance (ESG) strategies to share ideas.

“I sincerely expect that the establishment of the two forums will lead to more advanced activities for our stewardship responsibility for beneficiaries, and that we contribute to sustainable growth and fostering corporate values of investee companies through optimising the investment chain,” said GPIF president, Norihiro Takahashi, in a statement. Norihiro took the helm at the GPIF in April.

Jo McBride, publisher of the Japan Pensions Industry Database and a seasoned commentator on Japan’s pension funds believes the move is another gradual step towards more responsible investment by some of Japan’s biggest pension funds.

“This is a concept fundamental to investment regimes elsewhere, but of which Japan still lacks a legal definition,” he says. “As the fund appears to be the only owner involved in the group it might be better named the Business and GPIF Forum.”

McBride recently reported that the GPIF plans to run a portion of its domestic equities portfolio on an ESG basis.

The announcement came at the same time as the GPIF announced losses of more than $50 billion for the 12 months to March 2016, its worst year since the global financial crisis. The GPIF returned -3.81 per cent, amounting to a loss of $51 billion on its $1.3 trillion assets, and blamed the fall on the strengthening yen and tumbling share prices.

As of March, GPIF had a 21.75 per cent allocation to domestic equity – the fund can adjust the weighting in domestic equities by 9 per cent in either direction – while foreign equity accounted for 22 per cent of assets, and foreign debt 13 per cent of the total portfolio.

Although the fund has sought to correct its bias toward government debt, Japanese bonds still account for almost 40 per cent of assets at 37.55 per cent. Almost 80 per cent of GPIF’s holdings are in passive investments.

The fund doubled its holdings in equity to 50 per cent of the portfolio and cut its allocation to bonds, as part of a strategy to take on more risk and invest less in low-yielding domestic bonds. Before the shift in strategy in 2014, half the fund was invested in Japanese bonds, mainly government debt.

The fund targets a long-term real return of 1.7 per cent and although its latest performance was below that target, GPIF has returned an average of 2.6 per cent over the past 15 years.

For the first time the fund has also disclosed individual stock holdings and the issuers of the bonds it held as of March 2015. GPIF’s biggest investments in Japanese equities were Toyota and Mitsubishi, while outside Japan it was US tech giant Apple.