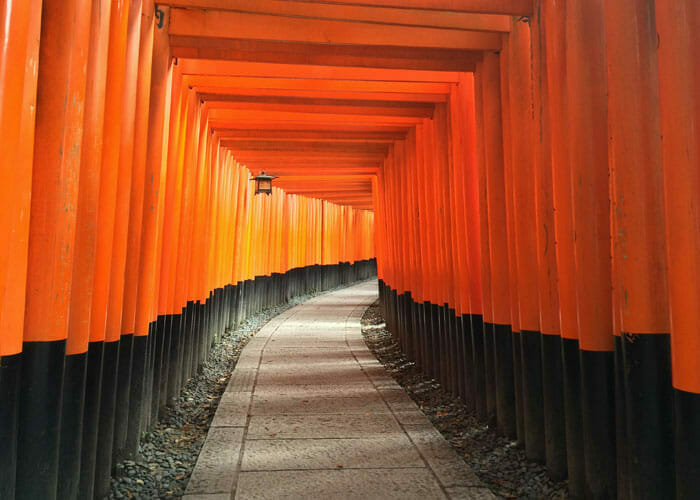 Analysis of the Willis Towers Watson Global Pension Assets Study 2016 shows a troubled industry responding as best it can to situations it feels are out of its control. But, as Roger Urwin outlines, focusing on greater clarity of goals – and being tough on risk and strong on governance – will serve pension funds well in 2016.

Global pension assets from the 19 most significant pensions markets weighed in at around $35.4 trillion at year end 2015 in the Willis Towers Watson Global Assets Study 2016, equivalent to 80 per cent of their GDP.

They account for around 35 per cent of the institutional assets available to investors in the world capital markets portfolio.

The asset values crabbed sideways in 2015, being up during the year and down a little by the end of the year. But this was a year of a lot of action – you should see it as the “year of the swan” – not much looked different above the surface, but below the surface lots was happening. And this change has been evident in January too.

The study highlighted six “faces of change” with regard to pension funds:

The summary here is of pension funds worldwide being a troubled industry that is responding as best it can to situations it feels are outside its control. The fault line is that in most cases the pension funding positions are less than adequate for future security.

Of course funds have managed to meet their obligations so far through obtaining premium returns from riskier assets. But risk has to be managed well and the world economy has to perform better for everything to add up. January has been a further wake-up call that this is a big ask.

The U50 and the six “faces of change”

These issues are increasingly visible and influential, and particularly worth studying with reference to the largest pension funds, such as the “universal investors”, who earn the title by being invested long term in a slice of just about everything investable. When supplemented by a few of the largest sovereign wealth funds, the largest pension funds form the core of a group of 50 universal owners, or “U50”, comprising funds that are around or above the $100 billion in assets. This group has more than $12 trillion of global capital allocation power and so is roughly a third of the size of global pension assets.

The U50 is an interesting focal point through which all but the first of the six “faces of change” can be illustrated. This group is containing costs with more selective use of external firms; that trend is matched by the growth in calibre of their investment teams; their focus on improved risk management specifically and governance more generally has also been clearly expressed.

The U50 are recognising the value of good governance, and some have shown a preparedness to change their ways of operating through targeting organisational design, investment beliefs and risk management. Sustainability is a particularly interesting new area for these institutions. They have to seek to be sustainable as long-term institutions with intergenerational responsibilities codified in their fiduciary duty.

The generalised mission statement for these entities is meeting their commitments securely, affordably and sustainably. This makes them keen to make sure that their present strategies do not impair their future outcomes. These funds need to compound their wealth over the long term in a pathway, and not be compromised in any up-front bonfire of scarce resources.

A new data point for the study this year explores the carbon footprint of the aggregate pension assets. The pension investment in public equity carried direct ownership exposures to carbon flows (referred to as scope one and scope two emissions) of around three billion tonnes, with the U50 accounting for around a third of this figure. Before any attempt to put context against those measures we should consider this recent availability of the measures themselves.

For carbon, the combination of bottom-up corporate disclosures with top-down asset allocation produces the overall estimate.

Improved “integrated reporting” has generated wider measures from corporations through the imposition of new accounting standards.

Loosely, this is a small part in the inexorable rise of big data. This nascent measurement trend involves assessing something that is low precision but high significance. ESG factors rarely yield precise data, but they are assessable and they are clearly impactful.

ESG as a factor in investing has for a time been a very slow moving, but unstoppable, train. While it has been easy to ignore it in the present, it is hard to discount its future. And 2015 was a year in which a number of the U50 funds resolved not to let sustainability and ESG languish at the bottom of their priority list. Their attention focused on getting the mission, beliefs and strategy in sync with the sustainability challenge.

What exactly is the sustainability problem that ESG is involved with? The centrepiece is externalities. The corporate machine is adept at producing many well-priced widgets but it does so while inflicting some unwelcome spillovers on unwitting parties.

There are two stand-out examples: the use of fossil fuels generates climate change; the governance and human-capital chain of corporations inflicts certain inequities on stakeholders.

A corporation that has a limited carbon footprint and operates with top-quality governance might attract more than plaudits, it might carry a performance or risk advantage over its peers that don’t have these attributes. Of course this all depends on investment beliefs but it is certainly a plausible thesis. In the U50 we see a few funds reaching this conclusion and tilting their capital allocations in this direction.

There are obvious ties with the attention that climate change, carbon and stranded assets are receiving from outside the investment world, which culminated in 2015 with COP21 in Paris. Getting to an agreement of 195 nation states is unique in the history of the planet but the agreement document is dominated by governance, and the lack of binding targets is telling.

Nation states are confronting the global problem of climate change through a local solution – their national policy. That is the way that nation states operate. But as the issue flows from global to local, much of the effectiveness in the solutions gets lost. This is elementary game theory and a version of the “tragedy of the commons”. The nationally determined contributions to carbon reductions are intrinsically local decisions. The policies of the G195 will play their part in carbon reduction but they cannot do the work alone.

Large funds can influence the future

Switch now from nation states in G195 to the asset owners in U50.

Here we have a local problem – a sustainable investment portfolio for one fund – that can be addressed through a global solution. Here the issue flows from local to global because the allocation is to all global assets which is where the risk control is applied. So this can be effective at the single-fund level, although it would be amplified through some collective commitment and action.

Pension funds, as big corporate owners, have increasingly used engagement to influence the corporations they own towards a faster transition to more sustainable futures in particular with respect to lower carbon. These influencing rights and opportunities are gaining traction. But a key conclusion is that pension funds also have the potential channel of global capital allocation to exert a more robust and effective influence on the world’s future carbon budget.

The good news is that there are plausible reasons that funds should capture co-benefits if they do exercise this influence – that is they can expect over time both better performance and positive impacts on climate.

Measurement of the “imprecise but significant” is the catalyst for effective change, as is the goal-setting that goes with it. John F Kennedy put it this way: “By defining our goal more clearly, by making it more manageable and less remote, we help all people to draw encouragement from it, to move irresistibly towards it”.

The wheels of this train seem like they are well in motion.

Ultimately, pension funds need great clarity of goals to act as their north star. They face many disruptions. They will ultimately be judged by the dual outcomes of financial success and legitimacy. The attributes needed for this journey into the distant future remain being tough on risk and strong on governance.