Home>PRI in Person>Guide to persuading trustees to join the ESG journey: CalSTRS and BT Pension Fund explain all 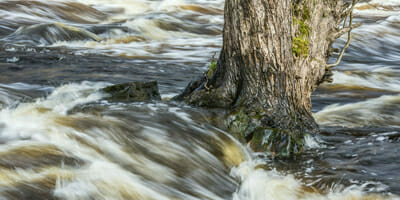 For many asset owners, persuading their trustees to adopt an ESG strategy can be a challenge.

The ESG strategy of one of the UK’s biggest pension funds, the $65 billion BT Pension Scheme, became more serious with the realisation that the scheme’s sponsors and beneficiaries were more interested in the area, said Daniel Ingram, head of responsible investment at the fund talking at the UN-supported responsible investment conference PRI in Person 2015 in London.

Bringing the fund’s trustees, holders of valued and diverse views, on board with the changing strategy has been an important part of the ESG journey.

When engaging trustees on ESG, Ingram advises funds be mindful of trustees’ part time role; they don’t want to be swamped with information they do not need, he says.

“It’s all about sharing the right information at the right time.”

He counsels against “putting trustees in difficult positions, being mindful on how to share ESG issues and how frequently.”

“As a board we cannot manage CalSTRS’ ESG investments. However there are other times trustees’ knowledge-base does come up,” he says.

BT has set up a sub-committee within the trustee board to provide closer scrutiny around ESG.

Through this, trustees have become more involved around issues like ESG manager selection.

“We don’t normally put investment managers in front of trustees, but on the ESG side, our responsible investment committee does invite managers in. Bringing in the trustees gives a bit more clout,” says Ingram.

Keiley believes that framing ESG conversations, particularly climate change, in the context of risk helps bring trustees on board.

The different enthusiasms and level of comfort in addressing ESG issues at board level creates a healthy tension.

“Some of us want to go faster and deeper, others are less inclined to do so. As a trustee and chairman of the board my role is oversight,” he says, describing CalSTRS’ trustees as creating the policy and outlining the vision and goals that CalSTRS staff then implement.

“Staff do it and we judge whether they are doing what we asked them to do,” he says. “It’s really important for board members not to get involved in the daily operation, but neither were we elected to be passive and let others drive the train.”

“Do we want to redirect energy to put more effort in environmental issues around climate risk and water? There are eleven people on the board and not everyone agrees. It’s a journey and we’re on it.”

Ben HurleySeptember 23, 2022
Home>PRI in Person>Guide to persuading trustees to join the ESG journey: CalSTRS and BT Pension Fund explain all