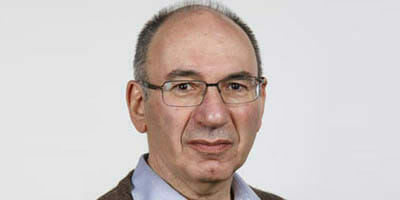 There are three primary motives for investors to act responsibly, argues Elroy Dimson, chairman of the Newton Centre for Endowment Asset Management, Cambridge Judge Business School and Emeritus Professor of Finance at the London Business School, speaking on the first day of the UN-supported PRI in Person conference at London’s ICC, ExCel conference centre.

The first is complicity, which he defines as an “uncomfortable feeling” that comes with receiving rewards via investment in “questionable” corporate activities.

If, say, portfolio returns came from exposure to Deep Water Horizon, the oil rig that exploded killing crewmen and leading to the largest oil spill in US waters, or Indian company Union Carbide’s pesticide plant in Bhopal, where a gas spill killed thousands, Dimson argues investors become “tainted” by such ownership.

“Wanting to end this complicity can drive investment decisions quite differently,” he says.

A second motive for responsible investment is influence, whereby investors seek corporate change through their investment strategies. Here he argues how active investment by Norwegian funds in Monsanto, the US agricultural group, led the company to change policy employing children in its Indian cotton fields. Now the company has commitments to child education and providing schools.

“Asset owners have an opportunity to influence corporate decisions,” he says, adding that in many cases active asset ownership can lead to investors often “knowing more” than the company itself.

Dimson believes that “exiting from stocks” is not as effective a tool as “using your voice” to engage with companies to improve practice for better returns.

“Continued engagement is much better than simply divesting from companies that displease you.”

He adds: “If Norwegian investors sell holdings in coal, which are then bought by China, nothing has changed.”

A third factor influencing responsible investment is the phenomenon of “universal ownership.”

Because today’s investors hold diversified, extensive portfolios it is in investors’ financial interests to make sure they don’t have activities that de-skill the workforce or ruin the environment, risking other companies within the portfolio.

For example, some companies might benefit by externalising environmental costs through pollution, but this could raise costs for others, resulting in an economic loss across the portfolio as a whole, he explains.