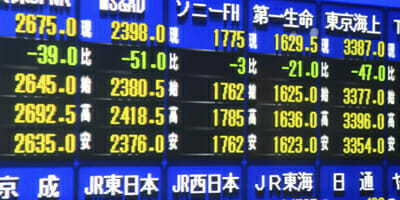 The giant Japanese pension fund, the Government Pension Investment Fund, continues its quest to move from bonds into equities and shift around 30 per cent of assets, or around $327 billion, out of domestic bonds and short term assets, appointing four new equities managers.

Alternatives will also be incorporated into the asset allocation for the first time, with a 5 per cent allocation dependent on the development of a dedicated team. Infrastructure, private equity, and real estate will be classified as domestic bonds, domestic equities, international bonds or equities depending on the underlying risk and return profiles.

Over time the fund’s massive allocation to domestic bonds has been consistently coming down. In 2012 it was reduced to 60 per cent, with a target before that of 67 per cent.

One of the motivations for the recent, and more dramatic decrease to 35 per cent, is the relationship with the overall economic policy of the country.

The GPIF outlines that “in June 2014, Ministry of Health, Labour and Welfare published financial stability report (“actuarial valuation”) on public pension scheme, including several scenarios of targeted return for GPIF. Given that Japan is about to significantly transform itself from an economy of persistent deflation, GPIF accelerated the review process of its policy asset mix, which should be more compatible with the changes of long-term economic prospect, and has adopted its new policy asset mix.”

Since June last year, the GPIF’s investment advisory committee, which consists of finance and economics professionals appointed by the Minister of Health, Labour and Welfare, has conducted a thorough review on GPIF’s policy asset mix and intensely discussed optimal asset allocation.

The committee, and sub committee, met more than a dozen times last year to assess the policy mix, including conducting broad scenario analysis.

Risks and correlations were also factored in the scenario analysis, and a policy mix derived that “while preserving the necessary reserve asset” minimized downside risk and meet the investment requirement of a nominal wage increase plus 1.7 per cent.

The GPIF continues to make a radical transformation of its portfolio, both in its asset mix and the way it implements.

Back in July last year the fund decided it would use factor investing, or smart beta, as a third way of implementing equity mandates, alongside active and passive.

A six-month research project conducted by MSCI, which sits in the context of the massive asset allocation changes, analysed the implementation opportunities particularly given any limitations due to the fund’s enormous size.

In April, the fund announced it had awarded 14 active and 10 passive mandates for its domestic equity funds, and introduced some performance based fees. At that time it also decided to implement a wide range of indices. Based on the research “Effective implementation of non-capitalisation weighted index/benchmark”, conducted by MSCI, the GPIF introduced a new category alongside passive and active, called “smart beta active investments – an investment approach to effectively capture mid to long term excess returns through indexing strategy”

At that time the new domestic equities manager appointments were: