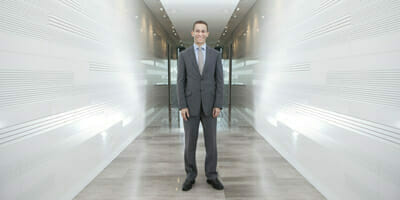 Mercer’s chief investment officer, Russell Clarke, explains how manager research helps create the 200 building blocks of an investment operation that has grown from $20 million a few years ago to $124 billion today and which covers – uniquely – all elements along the fixed income curve.

Starting from scratch in 1996, Melbourne was the first global office of Mercer to set up a master trust and now its operations oversee money – mostly corporate sponsored retirement funds – in North America ($50 billion), Europe ($49 billion) and Australia and New Zealand ($25 billion).

Russell Clarke, Mercer’s global chief investment officer for listed asset sectors, works in Melbourne, in a posting that was broken by a recent two-year spell in London.

Clarke tells of how the first clients to outsource, due to concern over a lack of sufficient scale and governance, were of the order of $20 million. But for institutional investors, what constitutes lack of scale has grown exponentially.

“You know as much as night follows day that the larger clients will do it,” Clarke says.

Mercer outsources all funds management to about 100 external providers, offers a mixture of tailored and pooled solutions, and has 200 funds which are the building blocks of portfolios.

“We take on fiduciary responsibility.”

Mercer does have some large clients, with assets around $25 billion, where it does customised asset allocation. But most clients are smaller than that, and view the running of a pension fund as outside their core business, and in some cases even as a distraction.

“They outsource to someone with scale, making it meaningfully cheaper than doing it in-house,” Clarke says.

Many larger clients outsource the operational aspect of investing, maintaining involvement at the strategy level, but give Mercer full discretion for manager selection and monitoring.

“This requires all parts of the fixed-income curve to be mapped,” he says.

“We have funds as building blocks and can quickly build a tailored solution. This is a unique feature for us.”

The fixed income funds are mostly passive, and Mercer usually has just one provider. In the US it uses State Street Global Advisors, but there are different providers in different regions.

Despite the passive view for fixed income, however, Mercer does believe in active management, with Clarke adding that the view is not systematically all active versus passive.

“We generally say you can add value and it is possible to pick managers to do that but we look at it on a market by market basis,” he says.

He says Mercer’s clients “buy us because they like our research, and that having 120 people that conduct fund manager research globally is a competitive advantage.

“They all follow a consistent framework in the research and this adds a lot of rigour and richness to our discussion around managers,” he says.

The research covers over 26,800 investment strategies and of these, more than 9100 are rated by Mercer, with about 2600 getting an “A” rating. These latter strategies are the starting point for Mercer when considering what to use for its master trust clients.

Clarke says that the fund manager research program has added value, claiming that at March 31, 2014, the value added since inception has been positive for 93 per cent (62 out of 67) of the product categories covered in its research.

While there are separate pools of money for the three continents, much of the research and manager line-ups are deliberately the same.

“Over the last five to seven years we have become a truly international business in the way we interact from an investment standpoint,” Clarke says.

“We have always talked to each other, but it has become much more integrated and holistic.”

Another theoretical advantage from this scope is local knowledge in several markets. The economist sitting in an office in America or Europe who makes pronouncements on the relative health of the Chinese economy is a staple of the investment news output, but some prognosis can get lost without nuanced local knowledge. Clarke recognises this issue.

“People write things about the Australian resource sector from overseas, but when you live here you realise how shallow a lot of that analysis is,” he says.

“There might be an element of truth in what they are saying, but they may have missed the other third of the story that is really important.”

The large business clients dotted around the globe provide another less expected source of data.

“From a macro standpoint our clients are a great source of information,” Clarke says.

“They are often in the front line industries where if you want to know if the economy is slowing down, we’ll go and talk to the person in that industry to see if it is.”

In each region clients will have a bias towards their local assets, but their global allocations will look very similar. Across clients, roughly 10 per cent is allocated to alternatives and property, with the rest split approximately equally between equities and fixed income assets.

The Q3 outlook to clients from Clarke’s office says low inflation and low interest rates will support solid growth in equity markets in the developed world where the fund is overweight.

It says conditions for emerging markets are more challenging because of the “build-up of imbalances over the last few years”, but notes that favourable valuations and a modestly improved economic performance will lead investors back into the market.

Mercer’s underweight position on bonds is due to very low yield levels, which suggest returns over the medium term are likely to be lower than normal.

All of these positions are subject to rapid change.

“Most of our clients are fully discretionary and allow us to move the asset allocation of the portfolio… we put a lot of time into the dynamic asset allocation,” Clarke says.

Since April, Mercer has been positive on growth versus defensive assets, with global developed market equities and emerging market equities in particular looking attractive to it.

It views global government nominal bonds and inflation-linked bonds as unattractive, and has a similar view on US-dollar cash.

As much as Clarke is willing to talk up the strengths of the operation, he also readily concedes the relative lack of status of his role in an organisation that runs based on existing, in-depth research.

Much of his role involves organisation and talking to the teams around the world, rather than being an inspirational, investment guru.

“It is not reliant on one or two key individuals”, he says.

Although anyone who looks at his job and thinks it easy should think again.

“You can find real visionary people, but often they are not very good at making things happen,” he says.