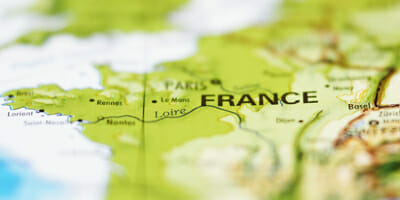 The French pension reforms in 2010 had a profound impact on the asset allocation of the Fonds de reserve pour les Retraites, the €35.8 billion French pension reserves fund. Instead of making payouts between 2020 and 2040, after the reform, the FRR has to pay €2.1 billon to Caisse d’Amortissement de la Dette Sociale (CADES) each year between 2011 and 2024. Amanda White spoke to Salwa Boussoukaya-Nasr, chief investment officer, about the impact this has had on the investment strategy and allocations.

Salwa Boussoukaya-Nasr started at the Fonds de réserve pour les Retraites (FRR) in 2006 and back then it was a very different institution to what it is today.

For one, the investment horizon was a lot longer with the mission, to balance the general pension system, requiring no cash out of the fund until 2020.

But in 2010, following pension reform to address the huge deficit in the public pension system, the mission of the FRR was changed.

Now it has an explicit nominal liability, and no more inflows. As a consequence the appropriate investment allocation has also changed dramatically.

“The law changed our mission and all our resources were directed to CADES. We had no more inflows and have to pay to them €2.1 billion a year from 2011 to 2024. We now have an explicit nominal liability and we need to hedge that liability,” Boussoukaya-Nasr says. “We also have no visibility to what 2024 looks like, so we keep open the possibility that all the surplus will be called by the state. If we have this assumption, that we will have to pay it all, then we don’t want to invest in illiquid assets with a horizon greater than 2024.”

This had an immediate impact on the investment allocations of the fund.

Before 2010 it had about €600 to 700 million in private equity which it kept but stopped all new allocations. At that time it was also just completing real estate manager selection but decided to stop investing in that asset class, and it also stopped all new commitments to infrastructure. This still stands, although the policy was changed slightly last year, allowing three private debt investments in the loan sector albeit with shorter time horizons.

As a result the fund changed its asset allocation, with the most obvious change of an increase in bonds.

The fund now has a hedging portfolio, which makes up about 55 to 58 per cent of the portfolio, and a performance or return seeking component.

“Like many investors we are worried about yields, and we want to find diversification for investments that aren’t equities. We have started to invest in private debt and will do more this year and next,” she says.

There is a high domestic bias in equities and the fund launched five mandates in small and mid-cap French equities worth €300 million this year.

So far the fund has avoided investing in agricultural commodities, and doesn’t invest in hedge funds.

“We don’t’ short sell or leverage,” she says.

Boussoukaya-Nasr says a fraction of the fund’s hedging portfolio used to be composed of international government bonds, with a special customised benchmark developed through Barclays that is GDP-weighted not cap-weighted.

“Within bonds there was always a lot of thinking around the idea that the more debt you have the bigger you are in the index. GDP-weighting made sense to us. With cap-weighted you could have more than 25 per cent in some countries, so it has helped to reweight US and Japan, which was our main concern.”

For the time being, the fund doesn’t hold any international bonds as, on average, their return is lower than the French government bonds which are the fund’s risk-free asset.

Within equities Boussoukaya-Nasr also likes to look at the unconventional. About two years ago it constructed a special RFP for optimised indices – alternative beta, smart beta – to diversify the fund’s passive investments. The portfolio is split roughly half active and half passive.

“Where we think there is value in active management then we would rather allocate to an active manager but in some markets or sectors, like large caps, it is very difficult to find a manager than can outperform the benchmark so we just go for a beta exposure,” she says. “Now we are diversifying the benchmark through portfolio construction and diversifying beta.”

The fund has a tilt to minimum volatility, maximum diversification, equal risk contribution, and RAFI.

The next step being explored is combining several of those processes together to produce more stable alpha than investing in just one.

“We started to combine these internally to neutralise the bias, and are working closely with FTSE to create a benchmark for the combined indices, to rebalance and minimise turnover costs.”

About 15-20 per cent of the return portfolio is in smart beta, which is as much as half of the passive exposure of the fund.

Emerging markets is also defined as stocks that have a share of revenue or profit that benefit from the emerging markets, with the investment objective to have a better performance than developed markets.

“We have a strong conviction that we have to be invested in areas where there is earnings growth,” she says.

All of the investment management is outsourced, with an RFP process required by law.

“The RFP process is a very complex and complicated one especially for small managers. There is a requirement for how operations are to be run, the reporting and conformity. There is a lot and it might be too much for some managers. We are aware this might mean we may miss some good managers, so we try to have a good idea of who might do an RFP beforehand and we may let the managers know about the RFP.”

The fund has around 52 managers, including transition management, with another peculiarity prescribed by law that they have to be European.

“The law requires managers be European but they can delegate financial management to another company, this happens in US equities or Japanese equities, they contract with a subsidiary or external manager.”

The fund has an extremely low cost structure, with total costs including manager fees of only 20 basis points.

The RFP requirement means that there is regular activity around mandates. Even if the team is happy with the manager the fund is required to do an RFP every four to five years which is seen as an opportunity to change things.

“If a mandate terminates we always ask ourselves do we want to be exposed to that asset classes, style, region,” she says.

As part of its selection process, the fund also asks whether fund managers have signed to the PRI.

“If you don’t sign it’s not very good for your ranking. It’s not a reason to exclude a manager, but it is taken into account when ranking them.”

FFR is focused on its responsible investment strategy and has an SRI policy which is reviewed every five years, with Boussoukaya-Nasr explaining it is in the fund’s make-up.

“It is in our DNA as a public body, we are a tool to balance the pension system in the future, a tool for the future. So we have a fiduciary responsibility for the investments we make, we take a sustainable finance, long term view as much as we can. I wish we had ability to have an even longer-term view,” she says.

The team also asks managers for carbon exposure reporting, how it considers SRI as part of the investment process, and an obligation of a mandate with the FFR is to vote in every country, every holding no matter what the size.