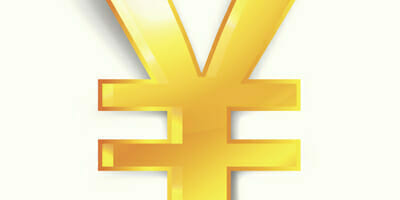 The $1.3 trillion Government Pension Investment Fund of Japan will use factor investing, or smart beta, as a third way of implementing equity mandates, alongside active and passive, following a six-month research project conducted by MSCI that investigated how to best implement the growing interest in factor exposures.

The research project conducted by MSCI sits in the context of changes to the GPIF’s asset allocation which includes increases to global and domestic equities and a move away from its huge domestic bias across the portfolio, but particularly in fixed income.

It was thought that allocating more assets to equities required a thorough look at the implementation opportunities particularly given any limitations due to the fund’s enormous size.

In April, the fund announced it had awarded 14 active and 10 passive mandates for its domestic equity funds, and introduced some performance based fees. At that time it also decided to implement a wide range of indices. Based on the research “Effective implementation of non-capitalisation weighted index/benchmark”, conducted by MSCI, the GPIF introduced a new category alongside passive and active, called “smart beta active investments – an investment approach to effectively capture mid to long term excess returns through indexing strategy”.

Chin Ping, head of index applied research at MSCI, says the research was a six-month project that looked at the possibility of implementation of factors and covered both equities and fixed income.

“Factor investing has become more popular globally and the question many investors are asking is how to implement them. For GPIF the same is true and in particular in the context of the size of the fund. Their motivation was whether they could take advantage of moving away from cap-weighted portfolio,” he says.

MSCI concluded that the GPIF should not treat factor investing as a replacement for passive, or as an active strategy, rather it should create a third independent allocation to sit between the two.

“We concluded that factor investing is not a substitute for cap-weighted but an active mandate” he says. “But due to governance factors, and the cyclical nature of the factors, you should treat it as a third bucket, independent from active and passive and judged on its own.

“There is no way it can substitute for the passive allocation especially for large investors, you can’t have a $1 trillion factor portfolio.

“And the problem with the active bucket is that factors bring superior performance, but it raises questions about the governance framework, how do you evaluate factors on an ongoing basis?”

“Our findings showed that all simulated single equity factor indexes outperformed their cap-weighted benchmarks by 30-260 basis points from November 1995 to August 2013,” the report says.

For the GPIF it is only the early phase of implementing factor investing, and the funding to do so will come from the strategic decision to decrease bonds and increase equities.

In October 2012 the Board of Audit of Japan expressed its opinion that “GPIF should consider reviewing whether their tentative policy asset mix ensures safe, efficient and reliable investment on a regular basis during the medium-term plan”.

As a response to this, and through discussion with government and the GPIF’s investment committee, the tentative policy asset mix was changed.