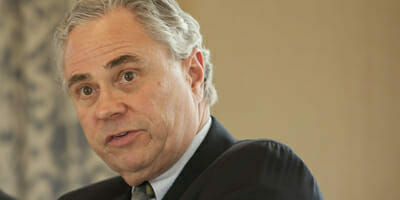 In February this year the $283 billion CalPERS investment committee approved a new strategic asset allocation which will see the private equity allocation reduce from 14 to 12 per cent.

The fund’s current private equity allocation is 10.9 per cent, and Baggessen said in his presentation to the committee, this meant the exposure was underweight even the reduced target allocation, so more capital would need to be added even to reach 12 per cent even though that represents a decrease in the strategic asset allocation.

“This creates one of the more problematic asset classes with regards to targets,” he said.

Due, in part to competition to purchase assets, private markets have high valuations and CalPERS, and its consultants Wilshire and PCA, believe it doesn’t make sense to fill an asset allocation bucket just to meet a long term goal, especially in the most illiquid and expensive asset classes.

So where does that leave them?

Baggessen and his team have suggested a private equity pacing model.

They recommend using an interim weight of 10 per cent this year, and increasing that target by 1 per cent each year, with a corresponding decrease in the global equity target, moving to the 12 per cent target by 2015-16.

But the fund’s consultant Michael Schlachter, managing director and principal at Wilshire Associates, doesn’t agree with the proposal.

“Sometimes a simple solution is best,” he said at the investment committee meeting.

“Rebalancing from A to B is best practice, you don’t go from A to B via W,” he said referring to the proposal to move the private equity allocation from 14 to 12 per cent via 10 per cent.

Similarly Allan Emkin from Pension Consulting Alliance said the board, and staff, of CalPERS needed to use common sense.

“The run up in equity markets that increased the market value of the portfolio is good news. But it doesn’t mean it’s an opportunity to put more money in private markets,” he said. “It doesn’t mean a higher allocation to illiquid asset classes that are overpriced. It’s time to use common sense. Real estate and private equity are not cheap, it makes more sense to take a deep breath and go slow.”

Some members of the investment committee were concerned that the overall CalPERS’ portfolio was still exposed to the same risks as it was in 2008, with John Chiang asking “what do we do in advance so we don’t go along for the ride if market falls?”

Baggessen said there were no investments the fund could invest in that supported the fund’s discount rate and return target of 7.5 per cent.

“There’s no place to hide from that,” he said. “What we can shift is on the margin but there is not a panacea. We can’t hedge or remove that tail risk because of the size of the portfolio, even if we were smaller it’s not clear we’d pay the cost for the hedge and if a counter party could take it on.”

Baggessen said tail risk hedging would expose the fund to other types of risk such, as leverage.

The actual allocation of private equity at the moment is around 10.9 per cent, which represents around $6 billion capital to be allocated this year.

It’s a commitment the CalPERS investment team agrees is potentially executable given the market conditions and the size of the portfolio. A 14 per cent allocation, would require capital allocations of $8 or $9 billion, depending on the year, and be much more difficult to execute.

The relativity of the fund’s private equity allocation within the industry is an important perspective. A $6 billion capital commitment represents about 2 per cent of the total private equity market. By contrast, CalPERS’s ownership of publicly traded equity, at a 47 per cent allocation of the total portfolio, represents about 0.47 per cent of the FTSE All World total capitalisation.

CalPERS’ activity within the market can thus not only impact its own ability to buy and sell, but it can impact the overall market.

Senior investment officer for asset allocation and risk management, Eric Baggessen, said this impact is even more rarefied when the fund is trying to concentrate allocations in the top performing managers.

“This is a big footprint,” he said, emphasising it as an example of the constraint of the size of the portfolio. “We are too large to accommodate any allocation to any market segment.”

One of the discussions at the investment committee was the impact of size. Board member, Priya Mathur, suggested the allocation to private markets should not be driven by CalPERS’ portfolio size but the size of the market and its capacity.

“The upper limit can’t be based on our own portfolio size,” she said. “We need to build that into how we do asset allocation.”