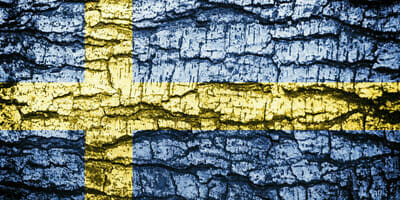 The five Swedish AP buffer funds will be reduced to three, a new responsible body will be set up to formulate long-term return targets and a reference portfolio, and limits on unlisted investments will be lifted under the new plan put forward by the Swedish Government.

These are the findings of The Pension Group, which is tasked with maintaining the pension system and protecting the pensions agreement, following the extensive review of the system and the changes that “need” to be made.

Dividing the roles of capital owner and capital manager is consistent with the governance model of the Canadian Pension Plan, often cited as the most robust in terms of strategy and management.

The recommendation in Sweden is a new independent body will be responsible for the management of the buffer capital, which makes about 10 per cent of the entire Swedish pension system,  and make independent decisions.

It will formulate a quantitative target for long-term returns on the buffer fund capital and design a reference portfolio, where categories of investments or strategies won’t be distinguished from one another except for on grounds of risk and return.

But for the five existing funds AP1-4 and AP6, the report is full of uncertainty. It is not clear which funds will cease to exist, or when or how the transition will take place.

Further, it is recommended that the fees and salaries paid to the funds’ staff are in line with those of other government agencies such as capital and debt management at Riksbank, and the National Debt Office. This will have implications for investment staff.

The Pension Group recommends that there be “freer” investment rules combined with a prudent person principle.

The current strict investment rules will be replaced by a more flexible system in which the funds will be able to increase their investments in asset categories such as unlisted assets when this is in the pensioners’ best interest.

Limits on Swedish equities will be retained, including a 2 per cent limit on the total value of the stock exchange and at most 10 per cent of the votes or capital in any single company. The relationship between the investments and sustainability will be investigated.

The Pensions Group says that dividing up the dual roles that AP1-4 currently have, as capital owner and capital manager, between a responsible body and three funds will bring about a clearer division of responsibilities.

It says at least two of the funds should be given the same mandate and be covered by the same reference portfolio – this incites many questions including why have two funds and not one?

Funds will also be instructed to co-ordinate management and mandates in costly unlisted investments. The Sixth AP Fund, it says, has built up a great amount of experience of investments in unlisted shares and this should be harnessed in the new organisation of funds.

How this will be done requires further analysis.