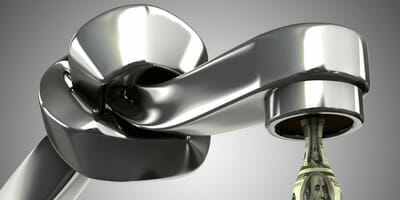 Talk of tapering sent markets into occasional spins this summer – with negative reactions even following positive economic signals at times. Should institutional investors be concerned though of a seemingly impending slowdown in quantitative easing? Opinions are split as to whether a potentially damaging crash is on the horizon or investors can largely dismiss the simmering market fears.

Fixed income markets have clearly enjoyed a sustained boost on the back of the US Federal Reserve’s cheap money, sparking talk of a possible bust. Chris Bowie, head of credit for Ignis Asset Management, confesses to be “generally sympathetic” to this view. “Yields went too low and bonds have been offering fairly little value with considerable downside risk,” he says, adding “There has been enough of a wobble in sovereign yields for people to consider whether the bull run for fixed income is ending.”

Reducing bond exposure seems a natural response for investors concerned about the fallout from the beginning of an end to quantitative easing, which many analysts expect the Fed to start in September. It is a move that Christian Bodmer, head of investing consulting for Mercer Switzerland, advises. He warns of a “direct impact” of an estimated 6-to-7-per-cent loss on overseas bond holdings as quantitative easing is slowed down – and before interests rates even begin to rise. That could have potentially serious funding consequences for investors in Switzerland and beyond.

Sell government paper before they taper?

”Bond allocations are definitely a hot topic on all investors’ agendas because of tapering,” Bodmer says. Some investors may feel they have seen this risk looming on the horizon for some time though. The giant $1.2-trillion Government Pension Investment Fund of Japan recently reduced its targeted exposure to domestic government debt from 67 per cent to 60 per cent. A number of European investors have taken similar moves, with the $2.6-billion German Federal Environment Foundation (DBU) telling top1000funds.com it has reduced its government debt exposure from 20 per cent to 6.5 per cent over the past five years.

Not all investors have been willing to make such significant moves though. “It’s disappointing to see that only a few investors are proactively reducing their bond allocations, with most still at the debating stage,” says Bodmer about events in Switzerland. The conservative and slow investment process of Swiss investors is to blame, he argues – a feature that is surely far from unique to funds in the alpine nation.

Uncertainty in the market is also breeding reluctance to act, Bodmer reckons. “The easy conclusion is to reduce bonds, but when do you do that? There is no place to hide, but it’s a decision that takes a lot of time,” he says. “Reducing risk also means reducing performance and a lot of pension funds can’t live without performance”.

What can investors who haven’t moved their bond exposure do?

Bodmer argues that diversification within fixed income can be an answer to tapering fears, with short-to-medium-term bonds looking more favorable due to their reduced interest rate risks. Insurance-linked securities and senior secured loans, with almost no duration and little interest-rate risk, are also an attractive bond substitute.

In the US, Steven Center, vice president of consultancy at Calllan Associates, warns investors, on the other hand, “not to overreact to the potential impact of quantitative easing”. He advises that “institutional investors should remain focused on the long-term and avoid tactical positions in fixed income, in particular”.

Center reasons that there is little need to experiment with fixed income as it is an asset class that acts “as an anchor to reduce overall volatility” of an investor’s portfolio. “As the market has already reacted to the idea of tapering before the end of the year,” he says, “overall pricing is pretty close to where it should be.”

Many raise the prospect of high-yield and emerging-market debt seeing higher yields along with government bonds as quantitative easing is wound down. Center argues though that high-yield and emerging-market bonds have already been impacted “more than they should have been”. Healthy corporate balance sheets remain a clear positive, he reasons. He does single out US treasuries and mortgage-backed securities as areas most likely to see falls during an unwinding of quantitative easing, which he concedes could still end up being disorderly. All this is becoming familiar advice for Center, who admits taking a call every week from investors concerned about the outlook for fixed income markets.

Others stress that action is not only needed on fixed income allocations, pointing to a likely knock-on impact in other asset classes entirely like emerging market equities. “I’m pretty sure we’ll enter into a risk-off environment when interest rates rise, with a sell-off of these asset classes probable,” says Bodmer. Barclays Capital, for instance, rates Turkish equities as the most vulnerable asset class to a slowdown in quantitative easing. Jaime Martinez Gomez, chief investment officer of $5.2-billion Spanish pension fund, Fonditel, meanwhile says it has cut two-thirds off its gold exposure in the past year to pre-empt an end to loose monetary policy.

Despite Center’s calm outlook, he reckons interest rates are likely to rise eventually – in “another three years at least”. Economist John Higgins of Capital Economics predicts a gradual long-term increase in interest rates and bond yields, citing parallels to a slow post-war unwinding of loose monetary policy in the 1950s.

Whenever it arrives, the good news for pension investors is that those operating on a purely defined-benefit basis may actually benefit in the long run from a rise in interest rates and bond yields. “As discount rates on liabilities will rise with yields, defined benefit investors feel hedged,” says Bowie.

Higgins also cautions bond-heavy funds by pointing out that equities have outperformed government bonds by 300 per cent on an historic basis. “Perhaps there will be funds asking whether they want to put all their eggs in one basket when equities have performed three times better than bonds over time,” he suggests.

Should fears of a downturn in fixed income be realised, the strain might be felt most at the more cautious investors. Georg Schuh, chief investment officer of Deutsche Bank’s $9-billion contractural-trust-arrangement pension fund, recently told top1000funds.com that should there be a disorderly unwinding of quantitative easing, he could foresee asking the sponsor to increase the risk budget of the fund, which is 85-per-cent invested in fixed income.

However, Patrick Groenendijk, chief investment officer at the $18.5-billion Pensioenfonds Vervoer, which has 69 per cent of assets invested in fixed income, sees no great need to act now. “I think the market panic about tapering is overdone,” he says. “Bernanke is not the only one buying US treasuries after all – it’s a wide market. Outside the US, the story is still pretty bad in Europe, China and the emerging markets. It is not inconceivable that interest rates drop even further.”

In an unpredictable economic environment, there is therefore little certainty for investors, many of whom need to make judgment calls on the impact of tapering.