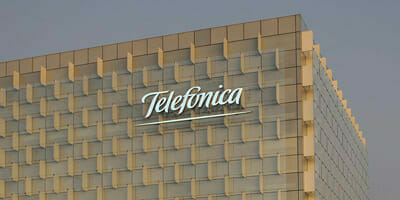 The €3.9-billion ($5.2-billion) fund – that mostly covers employees at Spanish telecoms giant Telefonica – is getting more sophisticated too, according to chief investment officer, Jaime Martinez Gomez.

An important part of the fund’s “significant evolution”, according to Martinez, has been defining its investment philosophy. This has led to the adoption of a dynamic risk model centered around a tool that informs the fund of its tactical risk position. A series of inputs make long-term assessments that aim to give the fund an asymmetric return profile.

The tool has consistently told Martinez since the start of 2012 that the fund should be in a risk-on mode. He explains that this has come because long-term price momentum is the most dominant of the tool’s inputs. The fund has accordingly taken a hefty overweight on its equity position – some 47 per cent compared to a strategic allocation of 35 per cent.

As the fund does not want to fully incur the risks involved with blindly following its dynamic-risk management tool, it has also begun a “tactical hedging” process to cover its heavy equity exposure. “We believe it’s the right moment to hedge equities as low volatility has reduced the prices of hedges and performance has been good for the past 12 months,” says Martinez.

Despite Fonditel covering the potential downside, its 47-per-cent equity allocation marks a bold position in relation to other Spanish pension funds. They tend to follow the general continental European tradition of being bond-heavy investors. “We are more global in that sense than our peers, with the average equity allocation of Spanish funds being around 20 per cent,” says Martinez.

Fonditel invests to a steady strategic geographic spread, with 50 per cent of equity exposure in Europe, 30 per cent in the US and 20 per cent in emerging markets. It might decide to gain Japanese exposure at an upcoming strategic review, Martinez reveals, as well as possibly reducing an underweight on Spanish equities to reflect a brighter economic outlook for crisis-hit Spain.

Smart side of alternative scene

Fonditel’s 14 per cent strategic alternative allocation is also unusually high for a Spanish fund, says Martinez. With the financial crisis and the country’s real estate crash hitting the alternatives portfolio badly, he concedes, “This hasn’t served us too well over the last five years.”

The alternatives segment has been underweighted, too, in order to cater for a growing number of inactive or retired members who have worked for Telefonica since the fund was established 20 years ago. “Having a lot of members retired or close to retiring means we have to be more conservative with our illiquid investments,” Martinez explains.

The fund now has a 6.5 per cent private equity allocation, 3.5 per cent real estate investment and 1.5 per cent commodity exposure. Commodities were occupying as much 5 per cent of the portfolio as recently as 2011, but Fonditel has made a sharp switch out of cyclical commodities to retain just gold and agriculture investments, and has since reduced two-thirds of its gold exposure. “In our opinion, gold has lost part of its attraction in the past 12 months due to the probable end of quantitative easing in the United States,” he argues.

“In the next five years, we will probably further reduce our investments in very illiquid assets,” Martinez says. Instead of shunning alternatives as a consequence, Fonditel is reinvesting alternative-asset sales in a smart-beta portfolio. This should allow it to keep an exposure to alternative-risk premiums while enjoying greater liquidity.

“We have developed a model smart-beta portfolio that includes a number of strategies benefitting from different risk premiums and this will likely evolve further,” he explains.

The pain and gain in avoiding Spain

Keeping a substantial alternative exposure is a key focus, says Martinez, as Fonditel has a “low expected return” on its fixed-income portfolio, which is given a strategic weighting of 51 per cent of the fund.

Ironically, these expectations, Martinez says, would not be so dampened were it not for its activity during the eurozone crisis. “If you have all your investments in Spanish bonds, you will now have a nice expected return, but we decided not to focus on this risk,” he explains.

Fonditel has been underweighting its bond holdings significantly. “Fixed income is not going to be as good as it has been in the last two years, so we need to trust in the equity market to generate a real return,” says Martinez. It splits its fixed-income portfolio in two equal segments covering duration risk and credit risk. The first category includes core European government bonds and the second category mainly US and European corporate debt, along with emerging market sovereign bonds. Fonditel has added its remaining Spanish government paper, along with Italian and – intriguingly – French government debt in the latter category. Martinez sees “more credit risk than interest rate risk” in these investments.

Managing most of its assets passively in house, Fonditel uses futures and other traded derivatives to match indices.

The fund operates on a defined contribution basis and aims for returns of three percentage points above European inflation rates. Its risk-on position has delivered returns of between 9.9 and 14 per cent (for separate plans) in 2012 and up to 8 per cent to date in 2013. Most significantly for Martinez, he says confidentially that “the innovations we are making in our investment process are adding to our returns for the time being”.