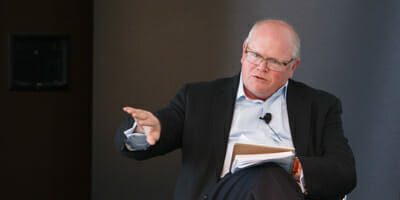 Agency risk in public pension funds is a big problem waiting to surface, according to Britt Harris, chief investment officer of the Teachers Retirement System of Texas.

“In terms of beliefs, you have to decide whether the pension system is a profit centre for beneficiaries or a political system to influence outcomes,” he says.

“Also who’s money is it? The state contributes, but essentially it is a deferred tax, so in my case it is the teachers’ money and not the government’s.”

Harris says most of the world operates under professional management, but in the public sector, the board itself runs the system. “It is a formula for disaster.”

Before Harris started as chief investment officer, the fund had had seven people in the position in 10 years.

“You can’t expect to be great if you can’t attract and retain good people.”

Since he has been at the Teachers Retirement System, the board has been transformed.

“As an older CIO, I was able to say I wouldn’t work in that system or that most professional investors wouldn’t.”

Now the board sets the return expectations, the parameters and uses outside consultants to provide analysis of the team. The fund has been audited 30 times in the past three years, and Harris believes both the board and the chief investment officer are fiduciaries.

“It comes down to where the best decisions will be made and for investments, we believe that is with the staff.”

Harris was speaking in a session at the Risk Summit, convened by World Pension Forum and Conexus Financial, publisher of conexust1f.flywheelstaging.com, in which Hershel Harper, chief investment officer of the South Carolina Retirement System Investment Commission, says his fund still has a significant amount of start-up risk.

“In 2005 the investment commission started, but we have never been fully funded or fully staffed. This introduces operational risk and compliance risk.”

According to Harris, Teachers Retirement System portfolio-risk management was more focused on bubbles than tail risk.

“We looked at tail risk but never did anything. We decided the amount of tail-risk hedging we could do relative to the whole portfolio wouldn’t make much of a difference,” he says. “Our ability to avoid a problem is low; what we do after the problem is our advantage. Before a bubble you need IQ and after the bubble you need courage.”

Harris says the fund tries to focus on where the fund’s competitive advantages are, and one of those is its long term nature.

The Teachers Retirement System has a duration of 24 years and pays out 3 per cent of the fund per year. 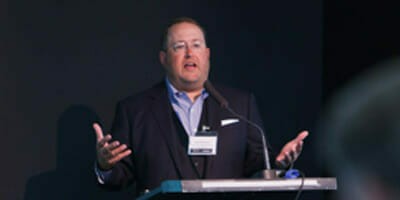 How to solve Chicago’s pension pain