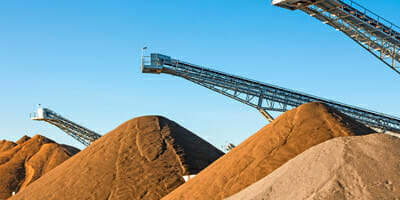 While commodities are a controversial and problematic asset class to some investors, for others they are an ideal diversifier looking more attractive than ever. A mini-revival in commodity investing among US pension funds suggests the asset class may be enjoying a resurgence. The Los Angeles Fire and Police Pension System, Municipal Retirement System of Michigan and Arizona State Retirement System have all recently upped their commodity holdings.

City of Richmond Retirement System, says renewed interest in commodities is part of wider investment trends. “Investors are using commodities as part of a real asset bucket including such things as real estate, as an inflation hedge and also to diversify the portfolio”, he says. “Real assets stand to benefit from increased inflation, should that ensue from the world’s budget deficit troubles.”

That argument is acknowledged by the Ontario Teachers Pension Plan (OTPP), one of the earliest funds to have placed its faith in commodity investing, which is currently investing 5 per cent of its $129-billion portfolio in the asset class. Spokesperson Deborah Allan says in addition to functioning as a hedge against “unexpected” inflation, it believes that “commodities typically have low correlation to other asset classes”.

David Hemming, commodities portfolio manager for Hermes, says many pension funds are moving towards strategic asset allocations of between 2 to 4 per cent after dipping their toes in the asset class with less than that. A 2012 Mercer survey found European funds that invest in commodities indeed allocate around 3 per cent on average – a mere 8.9 per cent of European and 2.1 per cent of UK funds reported having commodity investments at the time of the survey though.

The continued reluctance from many pension funds to invest in commodities perhaps stems from a relationship with investors has been best characterised as up and down. Money initially flocked into commodities in post-crisis diversification efforts, but sentiment then appeared to turn with some investors – most notably Illinois Teachers Retirement System – dropping investments. Returns at funds using the asset class have not always made other investors envious either, with CalPERS losing 7.2 per cent on its commodity exposure over the five years to January 2013. The Dow Jones UBS Commodity Index provides graphic evidence of a sluggish few years – the index has failed to come close to its mid-2008 peak and started 2013 at roughly the same level it started 2004.

OTPP has shrugged off a below-benchmark minus-1.2-per cent performance over the past four years in its commodity portfolio with a faith in the asset class’s ability to perform over longer time horizons, according to Allan.

Should other investors be equally optimistic? That may depend on whether they accept the reasoning for commodities’ key selling points misfiring in the recent past.

“Unfortunately we haven’t seen commodity returns keep pace with equity returns since 2008,” concedes Hemming, although he characterises this as a small period. “We saw asset classes come down across the board after the extreme events of 2008 and 2009,” says the manager, who argues a high growth and high inflation environment is one in which commodities would really flourish. “That is what you would expect to see at the tail end of an economic recovery,” he adds, “as you would expect equities to rally first and then commodities to follow through as the expectations of higher growth and inflation are realised.” He argues that the presence of this ideal environment in China in recent years has buoyed commodity markets there.

crisis and remained prevalent after with “risk-on risk-off taking hold against the backdrop of central bank interventions”. Steinbrugge feels there is ample evidence of commodities defying equity cycles though, saying that commodity-trading advisers have enjoyed negative correlation to equity-down markets over the past 15 years.

High volatility in commodities has proven another stumbling block, and was cited as a reason by the Illinois fund to ditch its commodities exposure in 2012. Hemming says there is no doubt that commodity volatility “can be a turn off for some investors and trustees”, although he argues that “with the funding levels of some pension schemes, commodity volatility could be a necessary ingredient in closing that gap”.

Steinbrugge also reasons that as a key diversifier, commodities can actually reduce a fund’s overall volatility. That is particularly the case in the US with pension funds typically running 60 to 70-per-cent equity allocations, he says, and that another flipside to the volatility is that “you don’t need much in commodity investments to get the benefits to the portfolio’s risk and return side”.

On top of sluggish returns, uncertain correlation and high volatility, even the supposed inflation-hedging properties of commodities have attracted doubts from some investors. Anton van Nunen, director of strategic pension management at Syntrus Achmea, says in his experience as an investor he has not found a “strong relationship between general inflation and commodity prices”. Hemming argues, though, that on a historical basis, spikes in energy or food prices have been clearly behind most “surprise inflation” events. Allan states that OTPP is confident too in the ability of commodity prices to “hedge against inflation over long-term investment horizons”, while acknowledging that imbalances in supply and demand can have a distorting short-term impact.

Even if investors are sure of commodities’ investment appeal, there are further doubts about their credentials for sustainability. Commodity futures in particular have come under fire from the sustainable investing world. Murat Ünal, founder of German investment consultancy [email protected], says futures in so-called soft commodities – primary food products – are subject to harmful speculative investments, with liquidity often rushing to given areas to push up prices.

That argument has its opponents but “even the largest players in Germany are very hesitant to look at soft commodities” as a consequence, according to

Ünal (pictured right). He reckons that the reputational risk is too great for investors to be attracted to a sub-asset class, while the potential destabilisation of soft commodity markets can in any case have a knock-on effect on emerging-market equity returns via food inflation.

Legislation that effectively prioritises bond investing has also played a major part in making commodity investing usually “well below 1 per cent” among German pension investors though, he adds.

Simon Fox, director of commodity research at Mercer UK, says that investing in farm land, a commodity allocation can actually boost a fund’s sustainability credentials by playing a part in boosting global food production. Ünal agrees this can be a case, but purely in long-term commodity investments, rather than futures. He would like to see more done in social entrepreneurship funds to facilitate this.

The place for commodities

A period of performance problems arguably presents a huge opportunity for investors. “It’s better to invest in commodities when they’re not performing rather than getting involved after they have performed,” Hemming says. Talk of an end to a commodities “super cycle” as Chinese growth slows is, however, off the mark, he argues: metal prices look sustainable and energy prices remain low in the US, while agricultural prices can swing up at anytime as they are heavily dependent on weather-influenced annual crops. Should energy prices go even lower, he suggests, they would also be able to buoy other commodities by propelling economic growth.

OTPP made commodity investing part of its alpha-seeking “tactical allocation” bucket earlier this year. It invests to the Stand and Poor’s Goldman Sachs Commodity Index benchmark, which has a 70-per cent energy tilt. Allan justifies this by arguing that energy “has historically been the best hedge against unexpected inflation”.

Across the institutional investing world, a trend towards active commodity investing has been noticed as funds shy away from the volatility of indices. “The case for a passive allocation to commodities has always been relatively weak compared to other alternative asset classes,” Fox says. As a result he thinks “there is much more interest in illiquid plays in assets such as timberland and farm land”.

The expertise of an active manager can also count in the complex asset class. Negative roll yields – the dreaded ‘contango’ – remain a challenge that can only be mitigated with skill, Hemming says. While there are active managers looking to generate alpha from commodities such as OTPP, Hermes and others focus on risk-reducing beta strategies.

The Los Angeles Fire and Police Pension System reportedly decided to split a commodity-derivate portfolio in order to carry out both an enhanced-index strategy and an “active-constrained” approach when deciding to enter the asset class.

Steinbrugge adds that commodity exposure is also being picked up in global macro and hedge funds strategies. Clearly the ways into the asset class are every bit as divergent as the views on it but there is no doubting the faith commodities proponents place in its value as part of a sophisticated asset strategy.