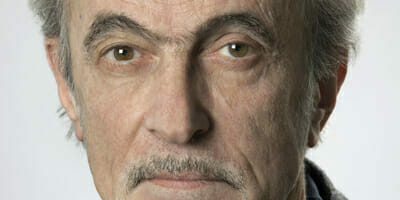 For someone whose ideas have revolutionised the Dutch pension industry and carried significant international clout, Anton van Nunen strikes a humble tone.

Widely credited with pioneering fiduciary management from its infancy, Van Nunen confesses with a chuckle that it is “quite a surprise” that the concept has grown to win over a significant proportion of the Netherland’s mid-sized funds and take root in the UK and Germany.

“If I had any idea, then I would have changed that lousy term” says Van Nunen, who is weary of explaining the irony that just about the only thing a fiduciary manager can’t do for a pension fund is assume its fiduciary responsibilities.

The benefits of diversification

For his current employer, Syntrus Achmea, Van Nunen stresses the benefits of diversification for its customers – the 34 pension funds and €64 billion ($83 billion) in assets the group guides under its fiduciary management arm. As government bonds are “far too expensive” due to lax monetary policy and spreads have narrowed on corporate credit, Van Nunen says “we have to advise funds to look at other asset classes and gain risk and illiquidity premiums.”

That sounds straightforward enough, but with the average Dutch fund having 67 per cent of assets in bonds (according to a 2012 Mercer survey), it entails a clear break with tradition.

Equities “are not that cheap any more, especially in relation to the economic circumstances,” says Van Nunen, who indicates the focus of Syntrus Achmea’s fiduciary asset strategy is making funds embrace alternatives.

“A lot of people thought that 2008 was the end of diversification, but it wasn’t. It’s one of our most important investment beliefs that it is still there and we like to use it with alternatives, among others,” Van Nunen adds.

He aims to make smaller funds catch up on giant Dutch pension funds PFZW and ABP in the alternatives space.

A targeted pooling of assets allows Syntrus Achmea to help the smaller funds under its fiduciary management to access illiquid alternatives, even though it primarily runs funds on a segregated basis. Van Nunen believes Syntrus Achmea’s expertise in manager selection can also help funds access the famously exotic and challenging asset class.

Fittingly for a proponent of continued diversification, a variety of alternative investment options enthuse Van Nunen. Real estate remains “one of the best” he says, expressing optimism of a market turnaround in the next couple of years.

Infrastructure on the other hand combines risk and illiquidity premiums, as well as highly coveted index-related returns with the potential for partly replacing debt-handicapped governments. Private equity and hedge funds also both “fulfill a role, but require excellent selection capabilities”.

He regrets the opposition from NGOs that are making investments into agricultural land scarce. Only in commodities do you find alternative assets that Van Nunen is “not that fond of” as he argues “there is not an underlying source of income, nor a strong relation between general inflation and commodity prices”.

Van Nunen’s passion for alternatives operates within a strict framework for managing interest rate risk that Syntrus Achmea tries to implement for the funds under its fiduciary management.

“We don’t hedge interest rate risk by definition, we manage it – if you hedge risk you are acting as an insurance company,” he says, emphasising his view that a balance needs to be struck to keep attention on returns. To put this philosophy into practice, most of the funds Syntrus Achmea manages are divided between hedge and return portfolios.

The former combines government bonds, credit and overlays, and defines the level of hedging a fund is comfortable with.

Making this hedge a priority is a consequence of the “profoundly” changing attitudes Van Nunen has seen in his time promoting the fiduciary management concept.

“Ten years ago you could say as a pension fund we would like an average yield at 6 per cent and structure the risk around the return,” he says. “Now it is the other way around and we first advise our clients to define their risk budget – while we will devise the best strategy around that, they have to accept the return that results.”

Nonetheless Van Nunen argues that “the one asset pension funds have is their risk budget” and indicates a desire for Syntrus Achmea to deploy that as efficiently as possible. Risk budgets, and therefore strategic allocations, vary greatly along with funding status, risk appetite and the sizes of the funds under their fiduciary management – the smallest currently being $645 million and largest $19 billion.

Van Nunen says that the overall risk level remains muted though, pointing out that funds under a 105-per-cent coverage ratio are forbidden by Dutch regulation to increase their risk budgets.

Risk premium assets, usually equities, are the next component to the return portfolios followed by risk and illiquidity premium assets, namely private equity and other alternatives. Absolute return options such as hedge funds are the final building block to Van Nunen’s ideal “diversified portfolio that uses the risk budget to the optimum sense”.

Syntrus Achmea’s penchant for diversification naturally makes it favor wide geographic spreads in equity and bond investments. Van Nunen explains that it has also been able to diversify within the asset class of hedge funds by using different styles.

Another way in which Syntrus Achmea tries to crowbar return potential into the restricted risk budgets of the funds it manages is to take active tactical management decisions.

Varying asset allocations from their strategic weightings can help, Van Nunen says as “changing the weighting between return and hedge portfolios gives you leeway to take advantage of temporary disequilibria in markets and good returns.”

As the world’s fifth largest fiduciary manager, Syntrus Achmea’s formula clearly has many fans and Van Nunen is confident that sticking to its diversification mantra will enable it to flourish further.