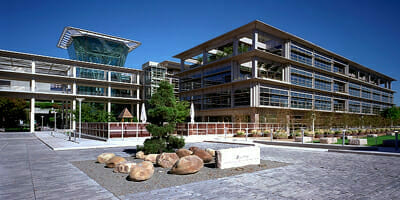 An investment-beliefs workshop for the CalPERS board, held in April, revealed five areas, including active management, where the views of the board and staff lacked consensus.

At the board workshop, Janine Guillot, chief operating investment officer, presented the findings of work the CalPERS investment staff had already completed on distinguishing their own beliefs. This included the summation of 85 detailed questions to the chief investment officer, Joe Dear, his direct reports, the chief actuary, Alan Milligan, and the senior portfolio manager and director for global governance, Anne Simpson.

The process also asked those staff to construct a sample portfolio and how that connected back to the investment beliefs.

The results of the staff questionnaire revealed a support for dynamic asset allocation as a value-added activity, but mixed views on the ability of the staff to carry it out.

With regard to active management, the CalPERS investment staff also had strong consensus to use index strategies where market efficiencies were the greatest, such as public equities, but not fixed income, and there was strong support for alternative indices or alternative beta.

There was also scepticism about the staff’s own ability to select managers that could add value, emphasising that what mattered most was the overall portfolio rather than individual manager performance.

As part of the active management discussion, staff had low conviction that hedge funds should be an important part of CalPERS’ strategy, but despite that most of the staff surveyed still allocated to hedge funds in their model portfolio exercise, albeit a smaller allocation, around 1 to 2 per cent.

Following the board member questionnaire and roundtable consultation, feedback from board member Richard Costigan supported the staff’s skill levels, and was at odds with the staff’s view of their own ability.

“The board members commend staff because we think you can achieve alpha, but the staff says it is difficult to get alpha.”

The aim of the workshop was to draw up a preliminary set of beliefs to discuss at the board’s July offsite, with the goal of adopting investment beliefs at the September investment committee meeting.

The idea is that the investment beliefs provide a strategic basis for the management of the portfolio, a framework for assessing new investment strategies and avoid making changes on an ad-hoc basis, and ensure that alignment between board and staff becomes part of the culture.

The project kicked off in January and has been guided by head of investment content at Towers Watson, Roger Urwin.

Urwin says setting investment beliefs is a feature of big asset owners wanting to sort out their investment process.

They are the “softer” issues that provide the foundation on which to build the portfolio.

Guided by Urwin, staff and the board at CalPERS undertook a detailed questionnaire, which revealed the areas of consensus and those that were contentious.

“We need to understand what we are achieving here,” Urwin said to the board. “And I like to quote JFK: ‘Belief in myths allows the comfort of opinion without the discomfort of thought.’ The investment world has a lot of myths, and we want to talk about them.”

“We don’t want them to be parked on a shelf and not influence anything,” she says. “We want them to drive the strategic asset allocation to be done in November/December.”

With regard to the staff’s model portfolios, the strongest consensus was about the role of real estate, with most staff maintaining or increasing the allocation.

“There was an alignment of ideas that the characteristics of real estate deliver something valuable to the fund, cash flows and inflation hedging,” Guillot says, adding there was some concern about the cost of real estate.

Private equity attracted mixed views on whether the returns were sufficient for the illiquidity and complexity of the investments. However, overall the staff would still allocate a significant proportion of assets to private equity, reducing it a little from the current 14 per cent to 7 to 10 per cent due to the concern about deploying that much capital.

There was also concern around infrastructure, Guillot says, and while the staff could see the virtues of the asset class’ characteristics, there was concern about the ability to execute and deliver on infrastructure deals to “move the dial on the fund”.

The staff had strong support for corporate governance and engagement, but there was weaker consensus on environmental and social themes.

CalPERS is hosting a sustainability and finance symposium on June 7, with its partner University of California Davis Graduate School of Management, which will be followed by a board workshop on sustainability.

With regard to the investment performance targets, staff say their aim is to deliver a target rate of return and then improve the funding status.

The bigger deliberation was whether there could be alignment of interest between the fund, external managers and staff.

“We tend to measure on relative returns and how that fits in with a total return target, and there were concerns about the time horizon and how to make that work with incentive plans,” Guillot says.

There was also a staff belief that the investment program should be simplified, but there was a difference in how to achieve that.

In addition to the questionnaire put to Dear’s direct reports, the INVO+3 staff was interviewed, which comprises more than 90 people. The issues discussed were the long-term time horizon, active management and alignment of interest.

“The most interesting thing that came out of that,” Guillot says, “is strong feedback that we are saying we are a long-term investor but we don’t act like it, with short-term performance reporting and incentives.”

The most interesting differences in the staff sample portfolios were in the amount of equities or growth risk.

The samples were almost split down the middle, with one camp maintaining or increasing equities and the other would reduce it.

“When asked why they had that approach to equities allocations, both started with the underfunded question but had different world views on how to improve the funded status.”

These investment belief themes had strong consensus among CalPERS board and staff: