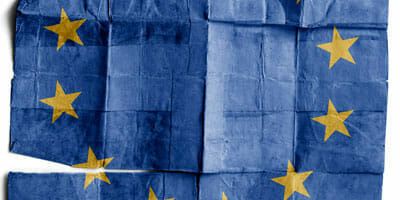 When the European Commission announced plans on February 14 to introduce a Financial Transaction Tax (FTT) by the start of 2014, it planted a bomb under Europe’s pension funds. That is not, of course, the view of Algirdas Šemeta (pictured below right), the EU’s commissioner for taxation. He says the proposed tax is “unquestionably fair and technically sound” and will “temper irresponsible trading”, by imposing a levy of 0.1% of the value of share and bond transactions, and 0.01% for derivatives trades.

Yet the Commission’s opinion has been universally rejected by pension funds across Europe, which argue that the FTT will ultimately punish their members. “If pension schemes’ costs are higher because of the FTT, then sooner or later those costs will be passed on to their members,” says James Walsh, senior policy adviser on EU and international affairs at Britain’s National Association of Pension Funds. “For company schemes, it could be that employees and employers will have to make higher contributions and members will have to accept higher retirement ages.”

That may seem unduly alarmist, given that the FTT under the present proposal is a rather smaller beast than the Commission originally intended. The principle of an EU-wide FTT has only been adopted by 11 member states; they include France and Germany, the euro region’s two largest economies, but not the UK, which has consistently opposed the tax. Another conspicuous member state outside the 11-member FTT zone is Sweden, which in 1991 repealed the last of its various financial transaction taxes.

The first alarm bell for Europe’s pension funds and other institutional investors outside the FTT zone is that the tax will very likely still hit them. This is because the Commission, backed by Germany and France, proposes that “the tax will be due if any party to the transaction is established in a participating member state, regardless of where the transaction takes place.” In other words, if a British-based pension fund buys a share, a bond or a derivative inside the FTT zone, the transaction will automatically incur the tax, even though the UK is not a signatory state.

Under this regime, it is almost impossible to imagine any institutional investor with significant euro exposure escaping the impact of the tax, given that Italy and Spain, as well as Germany and France, are inside the FTT zone. The Commission has also closed the door on transactions being defined as outside the zone if one of the parties is in, say, London or Zurich, by envisaging a so-called “issuance principle” where the tax is levied at source as soon as a company issues a tradeable bond or share or writes a derivatives contract.

Why, though, are pension funds in particular so exercised about the impact of the proposed FTT? The answer starts with last year’s position paper on the FTT by Pensions Europe, the umbrella organisation for the region’s pension funds. It stated that “pension funds and institutions for occupational retirement provision generally fulfil a social function” as not-for-profit entities with the “sole purpose” of providing workplace pensions for their members. On those grounds, Pensions Europe argued that pension funds should be exempt from the FTT, whose justification is to claw back from banks and other financial investors the costs of bailing them out during the 2008-9 crisis.

So far, the Commission has dismissed this argument, describing pension funds as “important actors on financial markets… in direct competition with other investment funds, such as index funds shadowing stock exchanges or bond markets.” Gert Kloosterboer (pictured below right), a spokesman for the Netherlands’ Pensioen Federatie, says this refusal by the Commission to exempt pension funds justifies the Dutch government’s decision to stay outside the FTT zone “as long as Dutch pension funds are not excluded from the tax”.

The Commission goes on to note that in any case the impact of the FTT could be” extremely limited” for “conservative fully funded pension funds”, of which it clearly approves. According to Brussels, such funds “typically follow low-risk investment strategies that are mainly reflected in buying bonds or shares when they are issued and holding them until maturity”. This glosses over the fact that many conservative pension funds since the 2008-9 financial crisis have adopted more active investment strategies, with a higher volume of transactions, in order to meet mandated return targets.

Pension funds across Europe are also infuriated by the way the Commission has lumped them in the same box as high-frequency traders and hedge funds to justify the proposed FTT on derivatives transactions. The view from Brussels, supported by France and Germany, is that the FTT will discourage speculative trading on Europe’s derivatives exchanges that increases market volatility. Yet as Pensions Europe stated in its 2012 position paper on the FTT, “pension funds use derivatives for risk-mitigating purposes. The FTT will lead to a disincentive to use derivatives, which may imply higher risk for pension funds, IORPs [institutions for occupational retirement provision] and their beneficiaries.” Walsh suggests reluctance by pension funds to use derivatives as insurance against currency risk and other investment hazards may be particularly strong because of the perceived danger of an FTT chain reaction. As Walsh points out, the sheer volume of transactions in futures, swaps and other options is because they are so often hedged by further trades.

It seems from the EU taxation commissioner’s confident statements about the FTT that pension funds have lost their case for full or partial exemption. On the bleakest outlook, they are now faced with a countdown to next January, when the tax will be introduced. The hope in the pension industry, as with other investors, comes from the curious fact that while only death and taxes are supposed to be certain in life, Brussels sometimes fails to deliver on its tax proposals.

Šemeta’s announcement on February 14 was meant to kick-start a process in which the 11 signatory states would finalise the small print of the FTT so that the new tax could be implemented. But in the EU, where tax harmonisation is an elusive goal, that is easier said than done. “There is not much evidence so far of a collective political will among the 11 member states that want the FTT to develop a coherent tax,” says Peter Sime, head of risk at the International Swaps and Derivatives Association in London.

If the FTT’s introduction is delayed, Šemeta faces another problem. The Commission’s term, including his own, expires in October 2014. Given the snail-like pace of EU processes, that leaves the EU’s tax commissioner with little time to adjust the FTT timetable if he encounters further obstacles. In principle, there is nothing to stop a new Commission taking over the task of pushing through the FTT where its predecessor left off. Yet a host of political uncertainties, from this September’s German federal election to the EU parliament elections in June 2014, could sap the will in Brussels and across the 11 FTT member states to introduce the tax. Pension funds, like all financial investors, thus have a strong motive to carry on lobbying against the tax – if not to win the argument, then at least to drag out the arguing till the Commission runs out of time. For as any EU lobbyist will confirm, once a proposal is kicked into the long grass in Brussels, it very rarely returns.