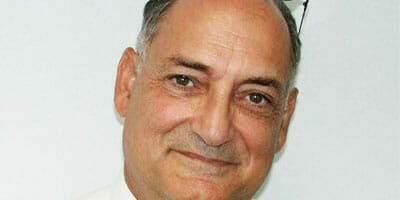 “We have to move faster than our competitors,” says the chief executive of French retirement fund Union Mutualiste Retraite, Charles Vaquier. It is a phrase that you can hear uttered by business leaders at all sectors and levels, but one that institutional investors rarely emphasise.

One way in which this attitude impacts its investment strategy is an underweighting of government bonds. While many pension funds in Europe currently find themselves lumbered with low-yielding government debt, UMR made clear moves years ago against sovereign paper. Appalled at the risk-reward ratio of French or German debt and other “safe” sovereign bonds, UMR holds just 10 per cent of its $5.3-billion bond portfolio in sovereign paper.

Lower rated corporate debt is favoured by UMR in its hunt for yield, according to Vaquier. Some 27.6 per cent of bonds in the biggest of UMR’s three separate pension pots, Corem, was either BBB– or high yield at the end of 2011.

Despite investor fears about yields being tightened at the lower end of the credit spectrum, Vaquier feels high yield is still an attractive option. Strikingly, just 3.7 per cent of bonds held in Corem were AAA rated at the end of 2011.

Risk and real estate in Europe

A mere mention of 2011 is still enough to make Vaquier wince. That year was a true annus horribilis for UMR’s investments, which sustained heavy losses across the board.

One particularly grating loss was a $199 million write-down of an investment in an Austrian bank that was caught up in 2008’s financial meltdown. UMR is still embroiled in a legal battle over the terms of the investment, and hopes to recoup up to $133 million of those losses. Another major hit in 2011 came as the fund clung on to significant holdings of Greek government debt in a move that defied a tide of investor opinion. The position lost UMR around $133 million. Having its fingers burnt by events on the European periphery would be enough to convince many investors to shun the region out of fear for further losses.

That has not been the case for Vaquier and UMR, however.

The fund has recently upped its holdings of Italian government bonds to make 3 per cent of its total debt portfolio in paper from Rome. Vaquier argues that the systemic risk that has driven yields in Italian sovereign debt skywards in the recent past is present in all European government bonds, without carrying the same reward. “If Italy goes bankrupt, all the eurozone would be bankrupt, banks and states would be bankrupt,” he says.

Consequently, UMR can reduce risk for its members by saddling them with the eurozone’s inherent risk via Italian government bonds, according to Vaquier, rather than through core government issues that yield less than the inflation rate.

In real estate, Vaquier says UMR is eyeing up opportunities in Spain, one of Europe’s most devastated property markets. “Office and commercial properties in some regions of Spain will be interesting,” he says. “Prices are still dropping and we believe that the Spanish economy will take off again in 2014 and after that.” A recently announced hiring drive by Renault in Spain is a sign that production costs are becoming increasingly competitive there, he adds.

Vaquier hopes that UMR’s positions on Italy and Spain turn out to be as shrewd as a deployment of “hundreds of millions” into equities that was made while stock indices were mired in the post-crisis slump.

The pension fund’s equity portfolio delivered a spectacular 17-per-cent return in 2012, and Vaquier is hopeful the asset class can deliver 10 to 15-per-cent growth through 2013. Going overweight on emerging market equities helped UMR to outperform the CAC 40 in 2012, with the main Paris stock index growing 15.2 per cent over the year.

UMR is contemplating taking this fondness for emerging markets over to its bond portfolio. “Emerging market govvies will be useful diversification,” he says. “Some of these emerging market governments have good economic profiles with low debt and currencies growing in strength against the euro.”

Another focus for UMR is infrastructure, which Vaquier says is set to be the fastest growing asset class in the next few years.

As a sign of things to come, UMR recently made a $133-million investment together with the European Investment Bank in Brisa, a Portuguese highway operator and toll collector. The investors will get a fixed return of 6 per cent for five years followed by 13 years of 4.5 per cent plus inflation.

A new investment in 5.75-per-cent yielding 14-year bonds for a French retirement-housing company is a further indication of UMR’s interest in infrastructure. Vaquier says UMR will preferably look for 15 to 20-year duration infrastructure investments.

Land and timber are also attracting the attention of UMR as possible new asset classes. Global population strains should see agricultural land return close to inflation, Vaquier reckons and, while he is confident in the fund’s existing bond portfolio, he concedes that reduced yields are making debt less attractive than in the past and forcing a search for increased diversification.

Basel III, liabilities and the future

UMR will be a satisfied investor if its strategy can continue the gains from 2012. In addition to the overperforming equity portfolio, bond investments returned 5.7 per cent on the year with real-estate returns also likely to be above 5 per cent when results for the year are finalised.

Vaquier has been one of the most vocal European investment figures in his warnings of a lingering danger on the horizon, however. The European Commission is making plans to revise the directive governing European pensions that could place a solvency premium on holding high-yielding bonds, equities and other “risky” asset classes. Vaquier says the plans as they have been presented could kill the European economy. “Banks can’t invest in the European economy because of Basel III, so who else is going to invest when states don’t have the money?”

Such is Vaquier’s anger at the proposals that he does not want to be drawn into discussing how they might shape UMR’s investment mix. “We have always said that there will be no impact as our investment strategy is based on our members’ liabilities, full stop, and if we follow regulations we would have to reduce their benefits,” he says defiantly.

Vaquier would prefer regulation to force pension funds to gear their investments towards their liabilities, rather than questions of solvency. UMR takes a typically engaged approach in the matter of how its investment strategy becomes shaped by liability calculations, deploying software to constantly monitor the liabilities owed to its 400,000 members. Changes to liabilities through longevity increases or other factors are then brought into the investment decisions on an annual basis.