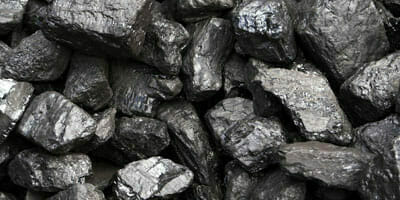 Until a few years ago, every aspect of the investment strategy at the UK’s £20-billion ($32-billion) coal industry pension scheme was outsourced. The main inhouse task at the pension fund was benefit payment but now, in a fresh approach spearheaded by straight-talking 38-year old New Zealander, Stefan Dunatov, the new chief investment officer of the Coal Pension Trustees Investment (CPTI), the scheme is coming home.

The decision to rebuild the investment arm of the UK’s closed coal-industry pensions – the Mineworkers’ Pension Scheme and the British Coal Staff Superannuation Scheme – actually began in 2007. The CPTI registered with British regulator the Financial Services Authority in 2011 and Dunatov, who used to work for Deutsche Asset Management and as a portfolio strategist at Equitas, was promoted to the helm from head of strategy earlier this year. He’s just hired two more inhouse strategic experts, both with asset management backgrounds, bringing his City-based team to eight. Apart from the passive equity allocation, none of the assets are pooled; the two funds are run as separate pension schemes with a separate board of trustees. They do, however, share a guiding mantra – to constantly question what we own and why we own it – and both currently target overall returns above a real discounted rate of around 3.5 per cent. Combined monthly pension obligations stand at about $160 million.

How the coals burn

The CPTI has a 65-per-cent global equity allocation, which includes 10 per cent in private equity, a 10-per-cent mostly UK property allocation, and a 5-per-cent uncorrelated bucket. The remaining 20 per cent is in global fixed income, made up of sovereign, corporate and emerging market debt. Both schemes divested from UK gilts “a few years ago,” escaping the effects of the government’s successive monetary-easing measures on yields. Apart from property, there is no home bias in either fund’s asset allocation; only a “tiny” amount is invested in infrastructure alongside the property allocation, which is managed by LaSalle. “We’ve never really done infrastructure,” Dunatov says. “It doesn’t yet achieve our objectives.”

All management is outsourced to 20-odd fund managers, not including the private equity relationships. Wellington and Western manage most of the fixed income allocation, while Legal and General Investment Management and BlackRock handle the passive equity allocation depending on the scheme. However, since strategy is now thrashed out inhouse, decisions regarding which manager to use don’t take long. “You need to get the cake right; managers are just the icing on the cake. In my opinion far too much time can be spent choosing and then monitoring managers,” says Dunatov. The funds’ requirement for proactive managers is also diluted by large passive portfolios – half the total equity allocation. The default is for passive management; active management is only used where it clearly adds value, he says.

Investment decisions have a three-to-five-year horizon and are made according to key themes the team identifies as important. Today these include well-told stories like emerging markets, but also US re-emergence and, precisely because of all the turmoil, Europe. “Europe is not going to go away and the euro will survive despite the naysayers,” Dunatov says. “Europe is very cheap at the moment.” Investment there, not excluding peripheral countries, is focused on fixed income and equities. Going forward, the team is starting to consider the best way to access African growth via private equity.

Despite CPTI’s determination to innovate, Dunatov flags an inhibiting caution among many UK fund trustees. Apart from the likes of the $23-billion Wellcome Trust, the UK’s biggest charitable investor, and the clutch of other big UK schemes such as Railpen and the $48-billion University Superannuation Scheme, he believes most British schemes have grown short-term in their approach to investment. One reason for caution is the fact that many funds still measure their liabilities off gilt yields. They have fallen, forcing a rise in liabilities. “We value our liability according to our expected return,” he says.

Another part of the problem lies with FRS17 accounting rules. Used by all private-sector companies, these rules highlight huge gaps between liabilities and assets in many schemes. “It drags pension liabilities onto companies’ balance sheets and takes away the ability of many funds to focus on the future. A time horizon becomes replaced by a risk horizon,” he says. In stark contrast, the coal industry’s pension funds prove a rich seam for their corporate sponsor, the UK government. Surpluses generated from the funds are split between members and the government; over the last 20 years the government has pocketed around $7 billion.

Clawing back control of investment strategy has injected a new energy, freedom and ambition into one of the UK’s biggest pension funds. If Dunatov has his way, it’ll transform the old coal industry schemes into the nearest thing the UK institutional market has to Denmark’s ATP or even the big US endownement funds. “Now they are doing the really exciting stuff,” he says.