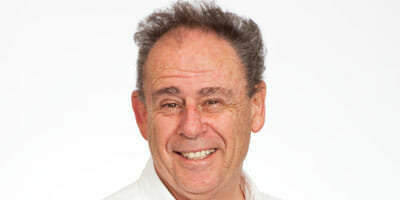 At the International Centre for Pension Management’s biannual meeting in London, Jack Gray and Generation’s David Blood had a tête à tête on sustainability.

An academic at the Paul Woolley Centre for Capital Market Dysfunctionality at the University of Technology Sydney, Gray has written a paper, Misadventures of an Irresponsible Investor, that at its core suggests that there is an opportunity cost to not doing something else by spending a disproportionate amount of time on “responsible investment”.

Sustainability, it seems, is working out OK for Blood, with the UK press reporting he took home more than £10 million pay in 2009 alone.

Blood and Gore vs Gray

Gore and Blood do have some sensible investment tenets, in my opinion, based on long-term incentives being the antidote to the short-term greed that many attribute with causing the recent crisis.

Gray, on the other hand, is confused.

Most would describe Gray as an intelligent man. And I would now add brave to that description.

To admit, in front of a peer group of leading investment minds and the largest institutional investors in the world, that you “don’t get it” takes courage.

In the closed session, delegates – mostly pension funds and some academics – were asked a simple question. Were they long green or long brown?

The audience vote showed that 30 were long green, and 20 were long brown.

The metamorphosis of “responsible”

While this is a blunt investment question, in reality it is not that simple. Many funds say they have dual incentives.

But Gray’s philosophy is that markets are not driven by morality and, in any case, society is not that moral as a collective. But he also admits he is confused.

“I abhor the view that companies’ motives are to only drive profits. But when it comes to pension funds, I flip over and think that is their only reason for being,” he says. “I’m confused.”

What Gray does object to is the use of the word “responsible” for what he sees as an investment analytical approach that started as the enhanced analytics initiative named by Raj Thamotheram, then at USS.

This initiative ran for four years between 2004 and 2008 with the aim of stimulating sell-side analysts to produce research that incorporates ESG issues in such a way as to enable fund managers to integrate them into their investment decisions. It was claimed a success and a stimulant for exponential growth in this research.

Somehow enhanced analytics has morphed into responsible investment or sustainability or ESG, depending on who you talk to.

Flowing into the mainstream

Nomenclature in this sector is a problem.

Even the latest biennial sustainable and responsible-investments research by the European Forum for Sustainable Investment (EUROSIF) concedes that the judgment of whether something is SRI is “very much coloured by the cultural and historical diversity of Europe”.

At this stage, the report says, there is no consensus on whether a unified definition of SRI exists within Europe, regardless of whether that definition focuses on the processes used, societal outcomes sought or the depth and quality of ESG analysis applied.

It’s a challenge for investors to understand the various product offerings, and for service providers it may mean national distribution is required depending on country preferences.

The sustainability-driven Generation has a concentrated low-turnover portfolio, focusing on long-term advantages.

There is an argument that this type of investment doesn’t need a label, but should be just part of good analysis.

“The Economist reported recently that we may have reached our “peak car” use. Infrastructure investors would take that into account when they are valuing a toll road. Property guys have also always done it.”

Personally, I believe in sustainability. But I don’t believe in marketing.

Taking into consideration themes such as water and other resource scarcity (a big theme of Gray’s former employer, Jeremy Grantham), growing and ageing populations, peak car use, climate change, good management practices, governance and decision making should not be viewed as ESG screens, tilts, implementation, overlays or philosophy.

These are the practices that investors should expect from funds managers. It is simply taking into account the future in assessing the price of assets now.