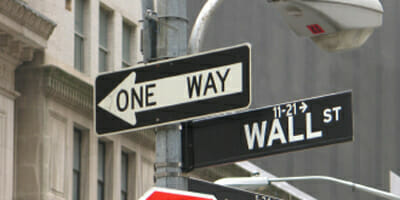 The investment management industry must address the high fees it charges in relation to the realistic returns it can achieve in the current environment, attendees at the CFA Institute’s annual conference were told this week.

As part of celebrations of the 50-year history of the CFA Charter, a panel of eminent institute members discussed the future of the investing profession against a backdrop of recent scandals on Wall Street and the resulting lack of trust in investment managers after the financial crisis.

Participants included Abby Joseph Cohen, president of the Global Markets Institute and senior investment strategist at Goldman Sachs, who highlighted the globalisation of the industry as one of its greatest challenges and opportunities.

In a nod to some of the much-publicised failings of the investment-management industry, Cohen says the industry “sometimes forgot” to act as a responsible intermediary in the allocation of capital.

“We sometimes forgot that our role is to serve as an intermediary between those entities on this planet who are saving and those entities that need capital to grow further,” she told delegates.

The behaviour of Goldman Sachs and other Wall Street banks in the lead up to the financial crisis has attracted widespread criticism.

Cohen also noted that the spread of economic growth across the globe was increasing opportunities for the industry and also the demand for financial services.

“There will be a high level of financial services needed. The globalisation of this industry means we now need to operate in so many different locations, and we need to think about the right regulatory and professional structures,” she says.

Ellis was another on the panel who called for the industry to reflect on its relationship to its clients, predicting that exponential growth in fees would lead to a stark reality check for the investment profession.

“Average fees for institutional investors have risen and risen, and are up from around 10 basis points to up over more than 100 basis points,” Ellis told delegates.

“There are a lot of different variables involved but this is an aggregation and it is much the same for individuals. While fees have increased, much to our enjoyment and satisfaction, the incremental returns over and above an index fund have come down, and they may have already passed [fees]. While I think they passed several years ago, if they haven’t, they will pass and there is very little preparation for this difficult reality.”

Ellis called for the managers to look for growth opportunities in the counselling component of investment advice. He says managers must better understand the psychology and behavioural nuances of their clients and specifically tailor investment strategies within this framework.

Darst was also taking a global outlook for the industry, describing the current challenges facing it as part of a period of “catharsis, cleansing and purging” from two decades of bullish markets.

He says investment professionals have to be concerned about the psychology of investing and human behaviour.

“As investors, we need to be aware of the fears that are deep in the viscera of our clients around the world,” Darst says.

After the financial crisis, Darst thinks clients are more worried about systemic risk and preserving capital than they are about asset allocation.

“Greed and fear – that is what makes or breaks fortunes – excessive greed and excessive fear and getting caught up in it,” he says.

A founding president of Morgan Stanley Investment Group, Darst believes the industry is in a period of epic change that involves both a baton pass to another generation of professionals and being rapidly re-shaped to meet the growing opportunities from an emerging middle class in developing countries.

He points to projected population growth in countries in Southeast and Southern Asia. Populations in this region, which includes Bangladesh, India, Indonesia, Malaysia, the Philippines and Vietnam, are projected to collectively grow by 1.3 billion in the next 40 years.

“It took 6000 years of eating chicken and rice to make 1.3 billion Chinese and in another 40 years of eating spicy curry and advancing the Kama Sutra techniques these countries are going to create another China,” Darst says.

Cohen and Darst told delegates that despite the financial crisis, the fundamentals of investing and the importance of valuation in making investment decisions had not changed.

The industry learnt the hard lesson of managing liquidity risk as a result of the financial crisis, Cohen says, but the foundations of investment theory remain intact.

“Has the theory kept up with what is going on? I would argue it has because most of the basic tenets of measuring valuation and risk properly are unchanged,” Cohen says. “But practitioners, all of us in this room, have the responsibility of updating the manner in which we do that measurement.”

Darst says clients want managers to have a clearly defined investment philosophy and points to his own key tenets of investing as:

4)      Assets are driven by fundamentals, valuation and psychology

“Don’t sell me a scenario, sell me a price. At the right price Greek bonds are safe,” he tells delegates. “At the wrong price, US Treasuries are one of the most risky investments known to humankind.”