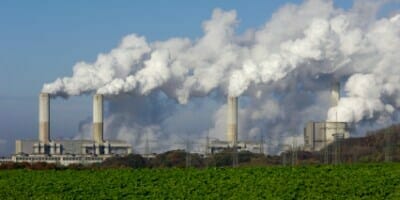 One year after a ground-breaking Mercer report into the potential impact of climate change on portfolio performance, more than half of investor participants have decided to include climate change considerations into risk management and/or strategic asset allocation decisions.

A new Mercer survey, of 12 investors involved in the original report, also revealed that half of investors have either already undertaken or plan to make changes to their actual asset allocation as a result of the report.

More than half of participants either have or plan to review climate risk within climate-sensitive asset classes identified in the report.

While one-third of participants have also begun to allocate to more “climate sensitive” assets, the original report’s project manager and primary researcher, Dr Danyelle Guyatt, says that there are still limited opportunities for investors to invest in areas where capital is needed.

Guyatt says that in areas such as energy efficiency and waste and water management, investors need to work with not only policy makers, but also asset managers to create focused products.

“When you break down the opportunities across the asset classes there are not that many investment funds available that focus on the areas that pension fund assets need to go to,” Guyatt says.

Guyatt says that more collaboration is needed between funds to help create the kinds of investment opportunities.

Last year Guyatt took up a position at Australian superannuation fund Catholic Super, where she says she is looking to practically implement some of the findings of the report.

“As an industry we still need to do a lot of work with fund managers and, perhaps even together, to develop the solutions so we can actually put our capital to work,” she says.

Guyatt notes that in a low returns environment and with uncertainty in equity markets, potential green investments of this type can be attractive as a general diversifier of risk, not just as climate change-linked investments.

Swedish pension fund Forsta AP-fonden (AP1) says in the Mercer survey detailing participant action that the original 2011 report “strengthened the fund’s conviction in the necessity of increasing the share of real assets in the portfolio”.

The fund has already made decisions to increase its exposure to agricultural land and timberland.

It is also looking at real estate and infrastructure opportunities but says it is working through various ESG issues before increasing its investments further.

The project and subsequent action to integrate climate change considerations into investment decision making has also been taken up at a high level by participants.

But 42 per cent of participant chief investment officers also reporting having some involvement.

There was a more limited involvement from front-line investment staff.

Almost all of the investors involved in the original report have either plan to or already have updated the board on the findings of the study.

The Mercer survey identifies areas of future action and concludes that the various scenarios for action on climate change and the subsequent risks and opportunities inherent in each potential outcome need updating.

The report notes that the latest outcome from climate talks in Durban increased the likelihood of “regionally divergent” approaches to action on climate change.

This divergence was predicted to create more uncertainty and volatility for investors, than a scenario where countries took concerted, coordinated action.

Like Guyatt, the report also calls for more effective ways to allocate capital to climate sensitive assets, which could require the development of innovative investment vehicles.

The original report states that climate change could contribute 10 per cent of risk to a representative portfolio.

Mercer in its latest report notes that while climate change risk management is developing rapidly, it still represents “nowhere near 10 per cent of the average risk manager’s budget or attention”.