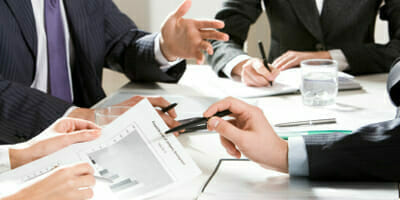 In its annual survey of 126 public pension funds, the National Association of State Retirement Administrators (NASRA) revealed a median 8 per cent return target and an asset allocation, with the majority in growth assets, to match.

On aggregate the funds were 77.2 per cent funded, representing a total of $766.9 billion in combined underfunded liabilities.

All pension funds surveyed had an assumed rate of return of between 7 per cent and 8.5 per cent.
Most recently, Colorado’s public pension fund this month rejected advice from its consultant Hewitt EnnisKnupp to lower its 10-year assumed return rate to 7.7 per cent.

The fund’s board of trustees instead decided to take the advice of its actuarial advisor Cavanaugh Macdonald that recommended maintaining an 8 per cent investment rate of return over the next 30 years.

Minnesota, New Hampshire and Illinois pension funds are also in the midst of looking at their return assumptions, which are currently at 8.5 per cent.

The return assumption is critical in establishing the funding ratio of a fund, with a lower return rate resulting in members or government employers having to contribute to meet liabilities.

Over time most pension funds generate a majority of revenue from earnings from investments. And funds still have most of their allocation in growth assets.

NARSA reports that funds have achieved a median annualised investment return over a 20 and 25-year period of 8.5 per cent as of June 30 this year.

Over five and 10-year periods this median return is 4.7 per cent and 5.7 per cent respectively.

This year the funds surveyed achieved a median return of 21.6 per cent.

Of those funds considering return targets, the Public Employees Retirement Association of Minnesota claims to have been successful in the long-term at meeting its return objectives.

It has an 8.5 per cent return objective, one of the highest in the country, and has had a return of 8.6 per cent or higher in 15 of the past 22 years.

Colorado PERA reports that it has achieved an average annual return of 9 per cent return over the past 25 years.

Texas Teachers is another fund that recently took advice to maintain its 8 per cent return ratio.

At its most recent board meeting, its actuary consultant Joseph Newton told the fund it was 82.7 per cent funded, which represents a $24 billion funding gap.

Newton, a senior consulting actuary with Gabriel Roeder Smith & Co. says contributions will have to rise if the fund is to be sustainable in the long-term, with investment returns alone not enough to bridge the gap.

CalPERS recently stood by its 7.75 per cent return target with chief investment officer Joe Dear issuing a statement saying that despite this return target being below many other public pension funds it would still be challenging to achieve.

“The game has gotten harder, but it’s not impossible to succeed,” he says.

“Our investment track record is proof. We have met and beat our target over the last 20 years, earning an 8.4 per cent average annual return.”