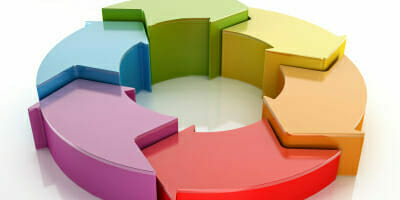 OMERS has will capitalise on its ability to invest for the long-term and use the newly-launched venture capital arm to invest directly in the entire life cycle of a project.

OMERS Ventures, which will be the avenue for the fund to invest directly in venture rather than through funds, is predicated on funding through the entire life cycle, from the angel round to ultimate liquidity.

In a speech to the Toronto Board of Trade, chief executive of OMERS Ventures, John Ruffolo, says venture capital investors in Canada should make more long-term commitments to avoid start-ups heading to the US for funding.

He says that will be the core of OMERS’ strategy, with investments ranging from $500,000 to $30 million, and remaining invested for at least 15 years before seeking an exit.

OMERS Ventures forms part of OMERS Strategic Investments, which has a mission to drive “corporate initiatives that will position OMERS as a global player, incubate investment platforms that do not logically fit under the mandates of OMERS existing investment entities and further differentiate OMERS from conventional pension funds by burnishing its reputation as a pension-based investment enterprise unlike any other in the world”.

Overall, the $53 billion fund has a strategic plan to have about 47 per cent of assets invested in private markets. The figure is currently about 40 per cent.

OMERS Ventures will focus on investments in technology, media, telecommunications, clean technology and life sciences in Canada and the US, and has made its first investment in a company called WaveAccounting.

Ruffolo says WaveAccounting is an example of the type of further investments the fund would like to make. In nine months it has seen rapid growth, taking advantage of social media trends, and it is now used in 190 countries.

The Canadian venture industry has slowed in the past couple of years, and in his speech to the Toronto Board of Trade, Ruffolo presented a plan to get the “money flowing again”, which included abandoning the notion of a quick exit.

UK pension scheme NEST’s first foray into private equity offers hope for investors looking beyond standard operating models in the asset class. The £20 billion defined contribution fund, currently sifting through 60-odd procurement responses to allocate more than £1 billion at the beginning of next year, is quietly confident it will be able to hammer out a deal with GPs to make the expensive asset class known for 2:20 fees affordable.
Sarah RundellSeptember 30, 2021
View more articles