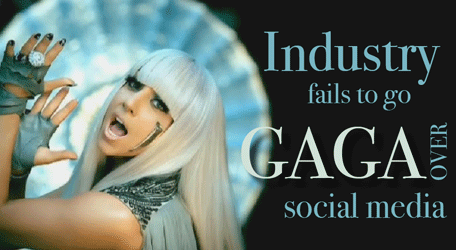 Recent ructions in financial markets may have increased the worries of many asset managers but you are unlikely to see them telling the world about their glide path plans or their fat tails risks on a social media site, a new survey has found.

While keeping up-to-date with the latest investment strategies may be a concern of many in the funds management industry, a survey of 100 asset managers around the world revealed they are slow adopters of innovative trends in social media branding.

Only 35 per cent of those surveyed had an active twitter account. However, it seemed the remaining 65 per cent had hedged their tweeting risk by securing a hashtag for their organisation but were yet to actively use it.

The world’s biggest bond manager Pimco was also the industry’s most followed tweeter with, more than 24,000 followers looking to gain an insight into its thoughts on world bond markets.

While Pimco is arguably the world’s most powerful bonds trader, its following on Twitter pales in comparison to world’s most popular “tweeter”, diminutive popette Lady Gaga who has more than 11 million followers.

Also attracting a crowd on Twitter were Fisher Investments with 12,748 followers and Vanguard Group with 10,320.

The survey by communications consultant MHP Communications found 29 per cent of asset managers surveyed were on YouTube.

Facebook was the least used form of social media, with just 11 per cent of asset managers actively using the site.

But asset managers were enthusiastic networkers with other professionals, with 96 per cent having an active LinkedIn account.

Of the 100 funds surveyed 53 were from the UK and Europe, 42 were from North America and five from the rest of the world.

While the investment world is still divided on that age old debate over active or passive asset management, when it comes to social media the experts are advocating a proactive approach.

Author of the survey, MHP director asset manager, Martin Forrest, said many asset managers were missing an opportunity to build their reputations through social media.

“Asset managers have been slow to use social media,” Forrest said.

“However, their stakeholders, particularly their current and future employees and clients are already tweeting and on Facebook, reading news on IPads rather than hardcopy newspapers, consuming information in very different ways.”

Indexing doyens Vanguard are an active manager when it comes to to social media branding, being the second most prolific tweeter behind TIAA-CREF.

Vanguard was also a leading exponent of YouTube, uploading more than 164,162 videos. But Vanguard was a distant second when it came to sharing its views on investment on YouTube behind financial planning company Ameriprise Financial which had uploaded more than 220,000 videos.

Firms with a retail focus and large number of employees were also more likely to have a strong social media presence, with TIAA-CREF the most “liked” of the firms that had an active Facebook “wall”.

Forrest said many asset managers already had a private social media presence and needed to acknowledge that it was another area of their business they needed to manage.

“In social media, there is not any separation between employees’ work and private lives,” Forrest said.