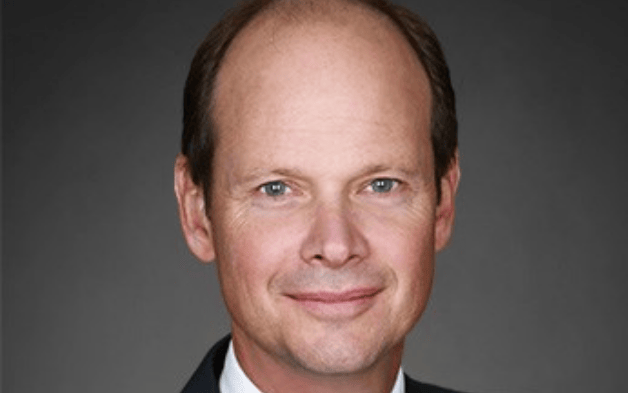 It’s possible that a traditional 60:40 passive portfolio could get close to a target long-term return of 7-8 per cent this year in a trajectory not seen for the last 12 years, according to Rich Hall, CIO of $65 billion University of Texas endowment. The brighter outlook comes after one of the most torrid years for investors in over a century and is a view different to some investors that are questioning the validity of 60:40.

It is possible that a traditional 60:40 passive portfolio could get close to a target long-term return of 7-8 per cent this year in a trajectory not seen for the last 12 years. So said Rich Hall (pictured), chief investment officer of $65 billion University of Texas/Texas A&M Investment Management Company (UTIMCO) speaking at the firm’s last board meeting together with president and chief executive, Britt Harris.

“Instead of a headwind, we could have a tail wind pushing us along for the next ten years based on where asset classes are right now,” Hall predicted.

The brighter outlook comes after one of the most torrid years for investors in over a century and it’s a view different to some investors including the Future Fund that recently published a paper on the death of traditional portfolio construction (see interview with Future Fund CEO, Raphael Arndt, Investment industry needs to rethink strategy).

“2022 was a year like no other that any of us in this room have ever experienced. We just went through a 150-year event by a wide margin,” said Hall, adding that last year was the first time since the 1870s that both equities and long bonds were down by more than 10 per cent in a double whammy that has wreaked havoc on many portfolios.

Reflecting on a tumultuous year – and his reason for forecasting brighter climes ahead – Hall began with a little financial theory.

In a third norm, Hall described how investors expect higher returns for holding risky assets – cue that upward slope on a risk premium line. It’s why over the last 40 years of a secular declining rate environment, assets prices have crept relentlessly higher.

Investor strategies through this time have included levering their portfolios with an all-weather approach while others have built up their private investments or tried to lower costs, said Harris who described returns over the last decade as lower and taking longer to achieve – like flying in a helicopter rather than a jet plane. “It took us for ever to get across the pond, but it [financial repression] kept us in the zone of growing financial markets,” he said.

The machine swung into reverse with the Fed raising rates, causing multiples to compress and asset prices come down in a painful adjustment. Rates are now around 4 per cent and expected to climb to 5 per cent or above in a trajectory that is causing bond prices to fall and corporate PE multiples to compress. “The market is still trying to sort it all out,” said Hall.

If the Fed is successful in fighting inflation, Hall said expect a reversion to the mean whereby short end rates come down creating positive returns – however he cautioned that it is still unclear what will happen in equities. Expect near term volatility as the market settles into a new equilibrium, he predicted, adding that longer-term the outlook has improved materially from last year: long term capital assumptions for asset class returns are much healthier and returns should increase.

UTIMCO’s exposure to both equities and the oil price – via oil and gas leases on 2.1 million acres in West Texas – provides a powerful source of diversification. When oil was range-bound in the five years prior to the pandemic, stocks rose. Post Covid, stocks have been down, but oil has been up at $120 a barrel and is now around $80 sending royalties coming into UTIMCO’s Permanent University Fund through the roof.

“It’s how diversification works really well,” said Hall. Still, Harris noted that OPEC’s “huge mistake” to flood the world with oil on the eve of the pandemic had grave consequences for oil prices – and for that diversification.

Away from markets, Harris reflected on UTIMCOs management and culture. The asset manager’s technology function was struggling in a way that was “effecting everything” until personnel changes solved the issue, he told the board. Elsewhere, personality problems that had plagued the legal and compliance group acting as one have been ironed out.

The most opportune management structure within an organization is having around 40-50 per cent of the team in middle-ranking positions, reflected Harris. Twenty per cent should be in the top echelons and the remainder in junior positions.

“This demographic makes sense,” he said, noting that challenges can occur if an organization has too large a pool of junior people and lacks muscle in the middle.

He also noted that value systems and priorities of younger generations are different. Although younger staff can do things faster than their older peers, they may lack professionalism around deadlines or keeping their word. Indeed, UTIMCO makes much of its culture of integrity and character.

Reflecting on a team that often work close to 24/7, Harris said that achieving a work life balance in the investment industry remains an enduring challenge because it is irreconcilable with outperformance.

One way to address this is via playing to people’s natural strengths. This requires self-awareness, and putting people into the areas they are most suited so they do less hours and can achieve more.