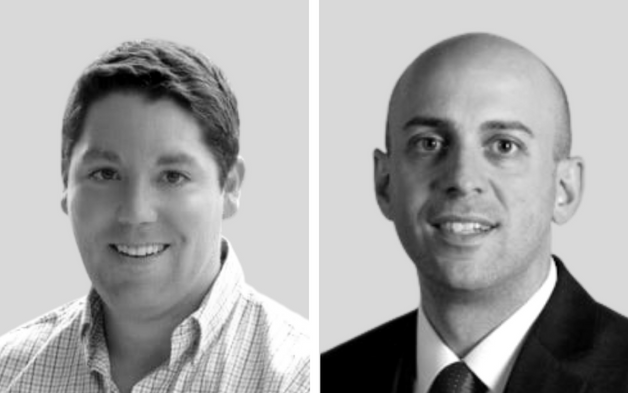 When company leaders are presented with predictive maps showing the increased prevalence of drought, wildfire or flooding in their area due to climate change, one of the most common reactions is “Where did you get this information from?” according to Chris Goolgasian, director, climate research and portfolio manager at Wellington Management which has about US$1.4 trillion in assets under management.

While efforts to mitigate global warming are increasingly widespread, Goolgasian said communities and businesses around the world are under-informed and largely unprepared to adapt given a 1.5 degree Celsius increase in average temperatures is almost certain.

In a panel discussion at Conexus Financial’s Sustainability in Practice Forum at Harvard University, Goolgasian spoke with Zach Zobel, a scientist at the Woodwell Climate Research Center, about the ongoing partnership between Woodwell and Wellington.

Societies face new vulnerabilities over less time than the duration of a typical mortgage, according to research by Woodwell. The discussion also highlighted the role the private sector can play in assessing and reducing the socio-economic risks associated with climate change.

Translation between the worlds of science and finance is one the most important challenges in the partnership, said Goolgasian.

He described the top floor of Woodwell, located in Falmouth, Massachusetts, where geo-spacial analysts create maps predicting the physical impacts of climate change. This helped him realise climate change research needed to be made visual for the finance world so the patterns and impacts could be clearly recognised.

Woodwell and Wellington partnered in 2018 to integrate climate science into asset management, using quantitative models to better understand how and where climate change may impact global capital markets.

Their research has been used to rate 1600 stocks for their physical climate risk, with about 40 per cent receiving a 5 rating, which is the highest climate risk.

Semiconductor companies, for example, are highly water intensive. Using drought and water scarcity maps for the next 30 years, the research partners pinpointed the locations of semiconductor companies in regions with drought problems, notably Taiwan which has experienced significant droughts in recent years.

Said Goolgasian: “We talk to the management team: What’s your backup plan for this? What’s your assumed cost of water? What are you going to do?” They can then talk about resiliency plans and the capital expenditure involved, along with freely sharing these maps with the companies to enable them to take action, he said.

Hydro power and agricultural crop yields are other areas set to be increasingly impacted by drought in the coming years, he said.

In another example, wildfire will become more prevalent in Europe, where in the past, few companies have had to consider this scenario or price it into their forecasts.

Companies have typically reacted positively when presented with this data, Goolgasian said. Moreover, the data has not yet been commoditised and often cannot be found using Google.

“I would say that reaction of ‘Where did you get this information from?’ is the norm,” Goolgasian said. “There’s very little denial that climate change is a real thing.”

Goolgasian described early conversations with Woodwell experts where he was told “adaptation” was the most under priced concept in the marketplace. As carbon levels are now beyond the point where mitigation is the sole fix, adaptation also needs to be factored in, he said.

Zach Zobel said average global temperatures are going to rise 1.5 degrees Celsius “almost with absolute certainty,” and dealing with the impacts associated with this temperature rise is the focus of adaptation efforts, with mitigation efforts hopefully preventing an increase of 2 decrees Celsius.

The increased occurrence of drought, and its impact on agriculture systems and available water, is “probably the one I’m most concerned about,” Zobel said.

Areas that experience drought may, despite lower average rainfall, also experience more extreme precipitation events, he said. This was demonstrated starkly in Eastern Australia in recent years, with flooding this year in the same areas that experienced the 2019-20 bushfires.

“Our stormwater management system is out of date pretty much in every major city in the United States,” Zobel said.

Zobel described other projects Woodwell has in the works, one of which is with a company called Probable Futures which is taking the science and some of the data layers Woodwell produces and making them freely publicly available, along with education about how it should be interpreted.

Another project involves working with municipalities and town leaders around the world to help them understand the climate risks they face. This has included municipalities not just in the United States, but also in Brazil, Ethiopia, Nepal and India.

“The flood modelling we do is a big-ticket item for a lot of these municipalities but they’re very interested in climate risk across the board and how they need to start preparing and adapting,” Zobel said.