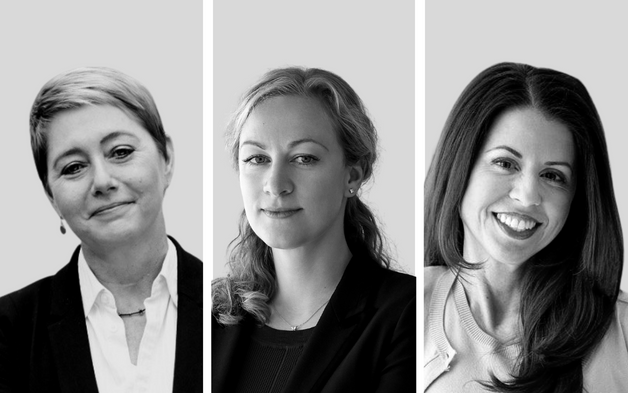 Collective engagement is one of the most powerful forms of stewardship, industry figures say, sharing examples and insights into successfully driving change on ESG within some of the world’s most powerful organisations.

For example, Rio Tinto felt the power of collective engagement after it blew up a significant piece of tribal aboriginal heritage in Australia’s Pilbara region two years ago. This was “one of the greatest governance failures I’ve seen in a long time,” said Louise Davidson, chief executive of the Australian Council of Superannuation Investors.

When ACSI met with the Rio Tinto board a week later, she was struck that the board “didn’t really see it as being a big issue,” Davidson said, speaking in a panel discussion chaired by Fiona Reynolds, chief executive of Conexus Financial, at Sustainability in Practice at Harvard University.

Negotiations with Rio Tinto went back and forward on the issue for around 18 months, Davidson said, hitting the media headlines and drawing in the Australian Parliament which conducted an inquiry. The issue was escalated from a “pretty pathetic apology statement,” to an internal inquiry; a proposal to dock some bonuses by five per cent, to the ultimate departure of the CEO and senior executives.

This issue came up suddenly and so was not on ACSI’s existing engagement programme. “To have an effective response to an issue like that, you need to leave room within your engagement program for reactive engagement,” Davidson said.

Reynolds–an experienced chief executive officer with a long history working in the funds management industry–noted investors’ approach to stewardship can range from genuine and effective engagement, to simply a tick-the-box exercise. “That just means you’ve been to lots of meetings, but doesn’t necessarily mean that you brought about any change,” Reynolds said.

With the growing list of issues falling under the ESG umbrella, Reynolds asked how asset owners narrow down and focus on their priorities.

Aeisha Mastagni, investment director, sustainable investment and stewardship strategies at CalSTRS, said the pension fund’s strategy has focused on developing a framework looking at three basic things. First is the relevance to the portfolio, and whether the issue poses a systemic risk to the portfolio or is a risk that is very relevant to a lot of industries.

Then the team asks whether they have the tools or the tactics to really bring about change. Lastly, they look at the outcomes they are trying to achieve.

“We want to be able to demonstrate to our beneficiaries that the resources that we are using are really bringing around change and positive outcomes for our portfolio, so it’s really those three things: Relevance; What are the tools? And can we measure those outcomes?” Mastagni said.

How to transition to a net zero economy has become a clear stewardship priority, she said. And another big focus has been having the right people in the boardroom.

Marie Laure Schaufelberger, group head of ESG and stewardship at Pictet Group, said Pictet Group had gone through a similar exercise that involved looking at what areas are financially relevant to the portfolios; whether it impacts the financial assets, and whether there is the expertise and knowledge in these areas. Teams also ask whether they have the capacity to affect change.

This has allowed Pictet to narrow down on four priorities: climate, water, nutrition, and long-termism. She added that having the right partners on the journey is an area that is easy to underestimate.

“You cannot affect change alone all of the time,” Laure Schaufelberger said. “When we look at what’s worked, Climate Action 100+ works. Why? Because you have concerted action, right? Companies can’t say, ‘oh well you’re all sending me 15 different questionnaires with a thousand different asks. It’s very focused.”

Collective engagement may be the future of stewardship, Reynolds said, citing a need to explore the challenges collaborative programs face.

Managing different views and priorities across the membership with regard to collaborative programmes can be one of the challenges, but the power of collective clout is that it delivers a credible and strong voice that can affect significant change, Davidson said.

“Even our largest members might own, say, three or four per cent of some of the big companies in Australia,” Davidson said. “But together, our members own over 10 per cent, sometimes up to 20, 25 per cent, but usually around 10 per cent, so that gives us a really credible and strong voice with which to go to those companies and talk to them about how we think they need to improve ESG practice.”

Resource allocation can be a major challenge, as “in Australia, every big company wants to come and talk to us because they know that our proxy voting advice is influential and they don’t want us voting against their remuneration report or the directors,” she said.

ACSI sets clear engagement objectives and measures progress every six months. When Davidson first began working at ACSI seven years ago, the organisation was concerned about the poor level of gender diversity in boards in Australia.

She wrote to the chair of every ASX200 company that only had one or no women on their board, to say ACSI was concerned about this lack of diversity, and this would ultimately lead to recommendations to members to vote against incumbent directors on those boards.

“I was shocked to discover I had to sign a hundred letters,” Davidson said. “So half of the index had one or zero women on their board. That represented about eight or nine per cent of directors in total. Now we’re at 35 per cent or thereabouts, and so I think that is a really clear example of success.”

Sometimes escalation strategies are called for. CalSTRS had success with the activist and impact-focussed investment firm Engine Number 1 in conducting targeted engagement with ExxonMobil.

Existing tools weren’t achieving the desired results, 8 said. They had tried voting against members of the board, and even voting against the entire board, but still shareholder proposals that had passed were being ignored. Collaborative engagements like Climate Action 100+ had not achieved the kind of commitments they had received from other companies.

“We partnered with Engine Number 1, and I think what we brought to this campaign was really our credibility as a very long-term constructive shareholder,” Mastagni said. “They brought the financial resources in order to source new directors and we ran a very intensive campaign that took up basically all of my time the year prior but we were able to appoint three new board members.”

When engaging in sometimes contentious issues, it is crucial for the investment team to be involved in stewardship, Laure Schaufelberger said.

“You cannot outsource this to a centralised ESG or stewardship team in the organisation that maybe knows the ESG issues really well, but actually doesn’t understand necessarily what’s in the best interest of the company over the long term,” she said.

A focus on the long-term interests and success of the companies differentiates asset owners from NGOs, Davidson concluded.