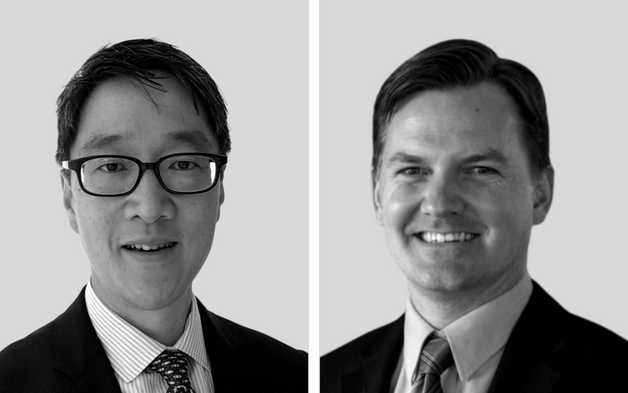 Innovative blends of private and public capital will be required to solve decarbonisation challenges in infrastructure and make the costs and benefits stack up for investors, said a panel of experts at Sustainability in Practice.

Government cooperation alongside private capital will be required to decarbonise some of the more challenging cases in infrastructure. For example, limited government grants could tip the scales in favour of lower-emissions measures making business sense, argues an infrastructure investment head.

However, a “more challenging case” is achieving the emissions savings that can be made by increasing reliance on rail freight and reducing the use of trucks which have a much higher level of emissions per freight ton per mile.

“Looked at from a macro or policy perspective, if we as a society or government, can encourage more of a modal shift from trucking to rail, there will be huge savings in terms of carbon emissions,” Ma said.

On North America’s class-one railroads which carry freight trans-continentally on 100-car trains for thousands of miles, it is a relatively simple business case to replace fossil fuel-burning locomotives with electric locomotives.

But it is harder to make the numbers work for short line freight railroad companies such as Patriot Rail, which Igneo has invested in. These companies connect shippers to the national network via short line routes scattered around the country without a central network, Ma said. Newer electric locomotives are around ten times more expensive than diesel-electric locomotives, and for a line that may be only 50 miles long, the fuel savings aren’t sufficient to justify this.

Other technologies are also in pilot phases, but so far none make business sense for this sector when looking at the bottom line.

This goes to the question of the role of private capital and what the government can do to decarbonise the sector, with both needing to act to make it work. Infrastructure grant programs could reduce the net cost of electric locomotives for railroad owners, and potentially drive down the cost of these units over time.

“You only need to go back to look at the renewable power sector and see what’s happened to solar cells and batteries and wind turbines,” Ma said. “With some catalyst, a bit of support from government, hopefully that cost equation comes down, and over time the cost-benefit will stand on its own.”

Igneo is still assisting with lowering transport emissions through its investment into Patriot by making modest investments in “transloading”. This refers to a factory that is, for example, 20 miles away from the railroad and loads its goods onto trucks because it is not next to the railroad. A modest investment can involve setting up a loading platform that would allow the goods to be taken 20 miles to the railroad, instead of all the way to to their ultimate destination by truck.

Max Messervy, head of sustainability, Americas, at Mercer, said Mercer’s manager research team has been integrating ESG ratings at the investment strategy level since 2010. Mercer uses a rating scale from one to four to rate how effectively and cohesively a particular strategy’s portfolio management team integrates ESG to drive value creation, compared to other peers in its asset class and universe.

This involves things like looking at how ESG data factors into new ideas; how ESG is integrated into portfolio construction and how it is implemented into engagement and proxy voting. It also considers how much support there is from the top down for these various activities, including investment in data software and analyst teams.

Out of 4700 strategies Mercer has rated, 171 are infrastructure-related and over 50 per cent have a rating of one or two, which are the top ratings, suggesting a systematic, consistent approach to ESG.

“Massive construction projects affect communities; they produce environmental impacts that can be mitigated – or not. Ultimately this leans towards questions of social license to operate,” Messervy said.

With electricity, heat and power generation along with transport as the highest emitting sectors, there is a focus on decarbonising these sectors and on shifting energy consumption patterns, Messervy said. It is critical for asset owners to understand if their managers are taking decarbonisation policies into account, and thinking about how the macro-environment might shift if carbon prices are introduced.

The massive flow of capital needed to achieve net zero goals will require record levels of spending, he said.

He noted there will also need to be “massive flows of capital” into emerging markets to achieve the United Nation’s Sustainable Development Goals, and this will require alignment among investors. In private infrastructure and real assets in emerging and frontier markets, “the perception of risk frequently is overstated depending on jurisdiction,” Messervy said. Investors typically have a home country bias with limited allocation to emerging markets, he concluded.