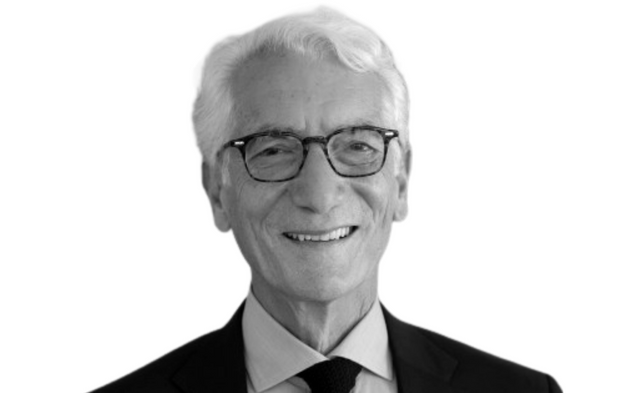 The convergence of three forces is driving a revolution in impact investing that is re-shaping industries and clashing with powerful lobbies that are keen to avoid disclosure, according to Sir Ronald Cohen, a pioneer of the impact investing sector.

But as it was when slavery was declared illegal in the United States, powerful voices will oppose change, and it will take time for harmful practices to cease, he said.

The first force is a change in values, particularly among the younger generation, said Cohen, speaking with Fiona Reynolds, chief executive of Conexus Australia, at the Sustainability in Practice forum held at Harvard University.

Younger generations in particular are distancing themselves from companies that are doing harm, driving huge changes in capital flows, he said.

“This trend has been noticed by investors and today we have more than $40 trillion invested in ESG,” Cohen said. “When I left the G8 Social Impact Investment Taskforce in 2013, that figure was $13 trillion.”

There is already a correlation in some sectors between companies that pollute more and have a lower stock market value, Cohen said, and the exponential increase in the flow of ESG-related data will increasingly see valuations of companies affected.

The second force is leaps in technology including artificial intelligence, machine learning, augmented reality, the genome and big computing which will enable the delivery of impacts globally in ways that formerly could not be imagined, Cohen said.

“The combination of impact and technology coming together is going to drive the huge rotation in our investment portfolios,” Cohen said, giving the example of Tesla building a trillion dollar company over a period of 20 years, disrupting the automobile industry and changing the industry’s strategies.

“The reason Tesla was successful is that it brought impact into consumer decision-making,” Cohen said. “Consumers didn’t want to buy polluting cars and that made it easier for Tesla to get started. Talent wanted to join them and thoughtful investors saw the opportunity and thanked them.”

Entrepreneurs combining risk, return and impact in their business models are emerging in all kinds of industries, including education with the provision of remote learning; remote health models that can accurately diagnose people in remote locations; and fintech where new platforms are revolutionising the flow of funding to those who are well off, Cohen said.

The third force is impact transparency, delivered through impact accounting, which is “only three to five years away in my view,” Cohen said. The ongoing standardisation of impact data will increasingly hit company stock prices, he said.

“The efforts at Harvard Business School with George Serafeim have shown that we can publish 3,000 companies’ environmental impacts in monetary terms based on public information, where 80 per cent of the necessary information is available and we impute less than 20 per cent,” Cohen said. “You can compare ExxonMobil’s pollution from its operations at $39 billion dollars a year.”

“And while fossil fuels will be around for decades and I agree that the transition will take a long time, there’s going to be a shift away from the laggards to the leaders.”

This is because greater flows of venture capital, talent and more customers will go to these corporate leaders, and the laggards will be hit harder by regulation and taxation, he said.

The measurement of risk starting in the 1950s revolutionised the way portfolios were constructed with the arrival of the concepts of risk-adjusted returns and diversification, Cohen said. Today, the measurement of impact will see a similar rotation in portfolios, he said.

“We see it in the shift away from fossil fuels, we see it in the money going into clean energy companies, and it’s quite simply going to happen, because it’s a necessity and it delivers better returns,” Cohen said.

Reynolds asked about the current backlash against sustainability and the efforts of some states in the United States to ban certain kinds of ESG impact investing.

Cohen replied that when slavery was declared illegal in the United States, it took 20 years to ban the trade in slaves.

“There are very powerful lobbies, corporate lobbyists that want to avoid the disclosure of that impact,” Cohen said. “But it’s going to happen, because consumers want it as well.”

He pointed to the years following the stock market crash of 1929 where “investors realised that they hadn’t known what the profitability of companies was because each company picked its own accounting policies and there were no auditors,” which led to GAAP accounting and the use of auditors.

A similar process is taking place today with organisations like the International Sustainability Standards Board taking big steps in the direction of transparency, he said.

“You can’t have $40 trillion being invested to achieve impact without the faintest idea of what impact has been created,” Cohen concluded.