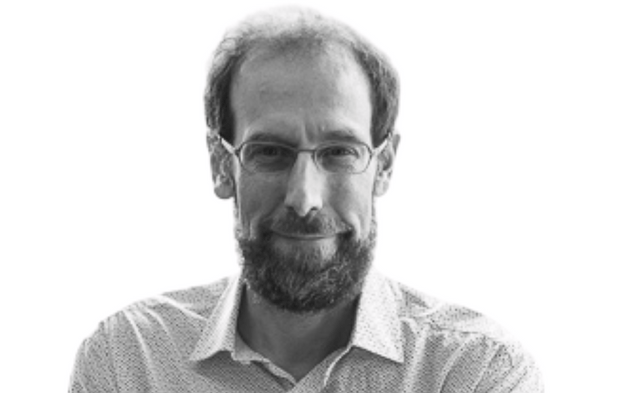 The only way to make the earth cooler over a relevant timeline for humanity is by changing the climate through technological interventions such as carbon removal or solar geo-engineering, according to physicist, climate policy expert and author, David Keith.

Emissions cuts, while hugely important, “stop the problem getting worse” but “don’t make it better,” said Keith, author of the influential book ‘A case for climate engineering’, the Gordon McKay Professor of Applied Physics at the Paulson School of Engineering and Applied Sciences, and Professor of Public Policy at Harvard Kennedy School.

In a discussion about technologies and public policy for decarbonisation at Conexus Financial’s Sustainability in Practice forum held at Harvard University, Keith asserted that decarbonising the industrial economy is something “that we must do.” Ultimately, “you need a regulation that puts some price or penalty on using the atmosphere as a free waste dump for carbon dioxide,” Keith said.

However if we want to cool the planet back down after the cumulative effect of emissions over history, technological interventions like carbon removal and solar geo-engineering will be necessary, he said. There is “some level of substitutability between carbon removal and solar geo-engineering, because they both could be used as a supplement to emissions cuts to reduce climate risk later this century,” Keith said.

In a discussion with Stephen Kotkin, Senior Fellow at the Hoover Institution and the Freeman Spogli Institute, Stanford University, and Birkelund Professor Emeritus, Princeton University, Keith explained that carbon removal involves taking carbon out of the atmosphere, and is sometimes referred to as “carbon geo-engineering.”

Keith drew a distinction between carbon removal and carbon dioxide capture and storage (CCS), which is the idea of capturing carbon dioxide from fixed emitting sources and injecting it deep underground.

CCS 1.0, which was widely discussed around 20 years ago, failed but may not have been a waste of money, Keith said.

“I think a fair summary is that the reason CCS 1.0 didn’t go anywhere was because renewables got a lot cheaper than people thought, and (at least for the first half of emissions cuts in power systems) building wind and solar is just clearly the best thing to do.”

CCS 2.0 may turn out to be effective in reducing industrial emissions from cement plants, steel and chemicals “which are hard, or in some cases arguably impossible, to mitigate by any other means,” Keith said.

Carbon removal, distinct from carbon capture, involves two broad categories. One is manipulating ecosystems to increase the amount of carbon they hold, such as planting large numbers of trees or adjusting farming methods to put more carbon in soils.

The second is a range of measures to permanently remove carbon from the system. This could involve using biomass energy to burn biofuels, capture the released CO2 and inject it deep underground, known as Biomass Energy with Carbon Capture and Storage or BECCS.

“That does represent a removal because in the end, you’d be taking CO2 back from the atmosphere and putting it into the same kind of formations we got oil and gas…a kilometre or two underground where it would be securely stored.”

It could also involve direct capture, using a machine for capturing carbon dioxide out of the atmosphere and injecting it deep underground, known as Direct Air Capture with Carbon Storage or DACCS.

These measures might also include adding alkalinity directly to the ocean to reduce rising ocean acidity due to higher levels of mildly acidic carbon dioxide. “My view is that this is actually potentially more important than people think, it gets very little attention because it doesn’t fit in the investment climate,” Keith said.

A second direct intervention is solar geo-engineering, otherwise known as solar climate intervention or sunlight reflection methods. This refers to altering the radiative balance of the earth–how much heat gets in from the sun or is released back into space–by putting small aerosols, which are tiny particles, into the stratosphere.

“At best, it can partially and imperfectly offset the risks of CO2 in the atmosphere,” Keith said.

This could involve spraying sea salt into some kinds of low-level clouds to make them whiter. But most of the research has looked at adding aerosols to the stratosphere. This would aim to scatter “about half a per cent of sunlight” back into space, “in order to lower temperatures something in the order of half a degree…in the second half of the century.”

“That could be done–I think it’s pretty undisputed–relatively cheaply and easily with pre-existing technologies,” Keith said. Using off-the-shelf commercial aircraft technology, the amortised cost of this would be around $5 billion, “which, on the scale of a global climate problem…is really zero.”

“So one extra million tons empirically is not very much, and it means we have an enormous hundred years or more of science and epidemiology telling us something about the risks of these things. So it’s not like we’re doing something we’ve never done before.”

Admitting humans have never directly injected sulphur into the stratosphere before, he said volcanoes do this and the impacts have been studied.

These substances would gradually leave the stratosphere over several years, meaning the programme could be ceased if problems emerge, and not leave behind long term consequences.

Cooling the earth by one degree Celsius would save millions of lives, and increase the GDP of hot countries like India, reducing income disparity, according to studies, he said.

But there are other potential risks, Keith said.

“I’ve got, pages and pages of technical risks,” Keith said. “Some of which we don’t know very much about; some which we know more about; and then there’s a set of political risks to do with the fact that we really don’t have any system for governing these technologies for making the decision about how they would be implemented and to resolve disputes between nations about that.”

The main reason there has been an unwillingness to research these topics is “because of concerns that if we even talked about solar geo-engineering, it would take away the incentive to cut emissions,” Keith said. “And I think that’s a legitimate fear.”

However the willingness of the policy elite to talk about this topic is changing, he said.