Home>Sustainability>Transitioning finance to finance the transition 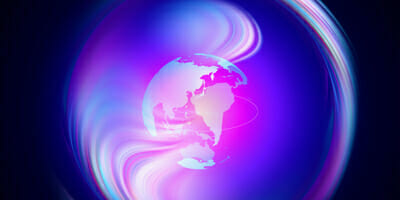 World Benchmarking Alliance is developing a series of freely accessible benchmarks that take a systems lens to assessing private sector performance against planetary and societal needs, rather than performance relative to one another, or relative to past performance. Emilie Goodall explains.

Hope or despair? The latest IPCC report has left many of us with mixed feelings, as we face the stark reality of our current global trajectory.

The climate crisis is a system-level issue, with global ramifications that cannot be diversified away. Universal owners have nowhere to hide. Many leading institutional investors, banks and insurers are also exposed in a way that risks creating feedback loops that may far outstrip anything experienced in previous financial crises. 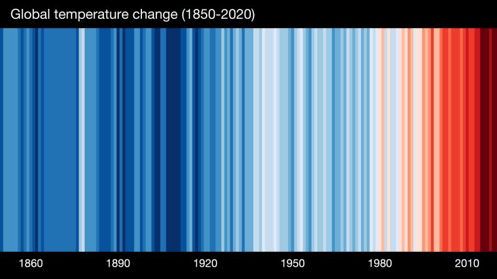 There is no silver bullet; the transition requires many actions, individual and collective, public and private. The recent Finance Climate Action Pathway from the UNFCCC aggregates best practice into hundreds of practical actions financial institutions – by sector – must take, and by when. The report also includes critical recommendations for policy makers and central banks in recognition that ‘there are key elements to economic theory, the practice of financial services and the regulatory framework that encompasses finance, which need to be updated in transitioning finance so it, in turn, can properly finance the transition.’

Much scrutiny has been on the latter, financing the transition. Specifically, who is financing what. And how they are using their shareholder influence, with, for example, laudable collective investor action on high emitting sectors in recent years. Beyond investor engagement and responsible lending, financial intermediaries influence in many different ways, through advisory functions, underwriting and more. They also influence one another through fiduciary, custodian and other financial functions. This interconnectivity means that all such actions demand scrutiny and action, or the industry reaction risks forever being piecemeal. This holds particularly true for those globally influential financial institutions that dominate the system. We at the World Benchmarking Alliance call these ‘keystone’ actors, building on an analogy from nature.

To reorient capital in a lasting way, and at the enormous scale required, we also need to transition finance. Climate is just one of nine planetary boundaries under threat. If we are to live within these planetary boundaries and leave no one behind, significant flows of public and private finance are needed to enable multiple transitions. In the face of science and shifting societal expectations, the industry is under pressure to move away from sustainability as self-defined – one of the reasons ESG rankings and ratings offer such differing results – and towards sustainability as defined by planetary boundaries and internationally recognised human rights and labour standards. The rush of financial institutions signalling net zero intentions marks this paradigm shift underway, as it reflects cross-industry recognition of the impact financial institutions have on people and planet.

Our contribution as the World Benchmarking Alliance (WBA) to this paradigm shift is a series of freely accessible benchmarks that take a systems lens to assessing private sector performance against planetary and societal needs, rather than performance relative to one another, or relative to past performance. For example, our recent Oil and Gas Benchmark, in partnership with CDP and ADEME, ranked the top 100 keystone oil and gas companies against the IEA’s net zero emissions by 2050 scenario. The stark results demonstrate a system-wide lack of accountability and action. If oil and gas companies exploit the fields already approved for production, those actions alone will consume the global 1.5 degree carbon budget by 2037.

We are now applying this systems lens to keystone actors in the financial system. The recently published Financial System Benchmark draft methodology looks not just at Paris-aligned commitments, but at governance and strategy, respect for biodiversity, and adherence to societal conventions. It builds on best available standards, looking not just at shareholder activities, but at group-wide actions in recognition of financial services’ planetary and societal impact. The resulting benchmark, due 2022, aims to offer a snapshot of the readiness of the financial system for the rapid transitions underway, identifying leaders and laggards amongst the 400 keystone asset owners, asset managers, banks and insurance companies that will be assessed and ranked.

We are in the final phase of an extensive global consultation on the methodology, and invite feedback on the draft methodology until 6 September. The final methodology will be published by end 2021, and offers a roadmap for the transitioning of finance that is just beginning. The resulting benchmark, due in 2022, offers an accountability mechanism that can be used by the 400 being assessed, their clients and suppliers, and regulators and policy makers, to inform further action.

As the IPCC report underlined, the decade of action is actually becoming a much nearer-term window  for change. Transitioning the financial system in order to finance the transition is possible, if we choose to act.