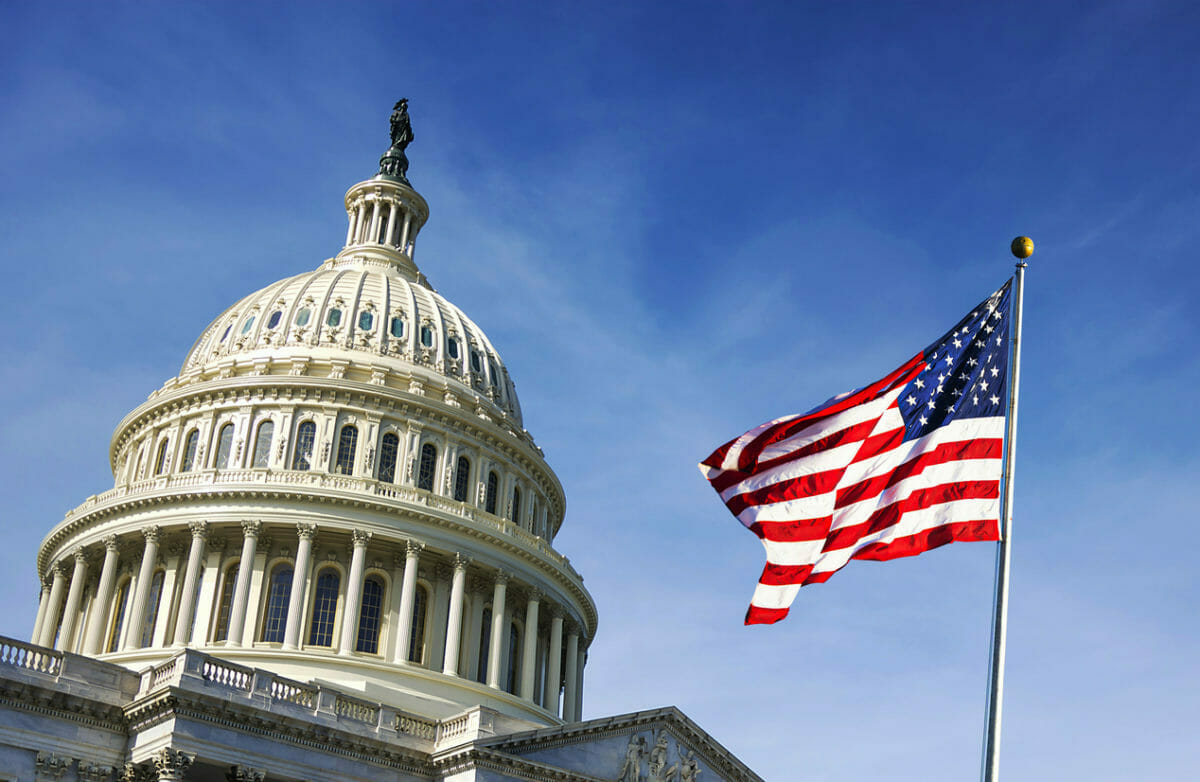 American flag waving with the Capitol Hill in the background

Five years on from a board decision to increase manager diversity, Federal Retirement Thrift Investment Board, the Washington-based defined contribution plan for US federal civilian employees is finally poised to allocate a portion of its giant $640 billion assets to a new manager for the first time.

Since inception in 1986 the fund has only used a single external manager, originally mandating Wells Fargo Nikko Investment Advisors (WFNIA), then Barclays Global Investors and most recently BlackRock to run four key funds.

However, following a consultation back in 2015 that flagged concentration risk, the giant fund pledged to hire another manager to reduce its vulnerability to BlackRock, which manages around $400 billion across the so-called C, S, I and F Funds, suffering a black swan event. Following a series of RFP’s, State Street Global Advisors was mandated to run around 20 per cent of assets across Thrift Savings Plan’s (TSP) four funds starting January 2021.

“BlackRock has always been our only manager, but several years ago our board decided to move to a two-manager structure,” says Kim Weaver, director of external affairs at the fund where the five-strong investment team, headed up by CIO Sean McCaffrey monitor quality assurance and performance and have been working from home since March.

“Should something go awry with BlackRock, State Street will continue to be able to transact business on behalf of our participants,” she says, adding that not only does the appointment of State Street diversify organisational risk providing an alternative, at-the-ready capability to manage funds. But bringing in another manager also boosts competition. However, she confirms that the fund has no plans to boost its manager roster in another push to increase diversity.

“We won’t add more managers going forward. Two will do the trick.”

“The strategy is born out of simplicity but also a strong belief in passive management,” says Weaver who adds that multiple fund choices and a plethora of investment opportunity often overwhelms beneficiaries, paralysing their ability to make selections.

“DC plans are trending our way now,” she says, adding that the fund engages with investment consultants every five years or so to analyse afresh the benefits of changing the statute to offer different investments.

Not all are DC funds are as simple, however. The UK’s £8 billion National Employment Savings Trust, NEST chose a raft of new managers in 2019 to run illiquid allocations to infrastructure, real estate and corporate loans in a new portfolio targeting 5-10 per cent of assets under management over time. And many Australian defined contribution funds have large allocations to unlisted assets, especially infrastructure.

Federal Retirement Thrift has no such plans, says Weaver. For now, there will be no changes for beneficiaries beyond TSP’s equity and treasury offing.

“We recently looked to supplement the funds we offer but haven’t found any. Everything is structured to manage to the benchmark and there is no ambition to add active managers or do anything differently to what we are currently doing.”

Indeed, plans to do something different were abruptly halted earlier this year. About to realise a board decision first broached in 2017 to shift TSP’s I Fund benchmark to the MSCI ACWI ex-U.S. Investible Market index from the MSCI EAFE index to tap Chinese growth, were scrapped.

Having fought off pressure not to invest in the index which comprises an 8 per cent exposure to Chinese companies the previous November, the fund was forced to bow to the orders of President Trump and dropped the plan. As to whether investing in China is now back on the agenda with a Biden presidency, Weaver says she has no further comment from the May announcement of the about turn.

“We have a good plan, and we are very proud of it and hope it will continue to enhance stability for our participants,” she concludes.