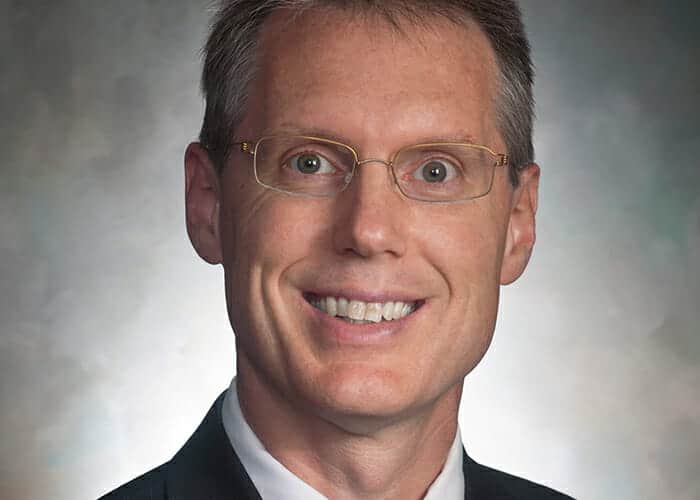 Cash is king right now, according to the chief investment officer of the Pennsylvania School Employees’ Retirement System, Jim Grossman, and he’s got plenty of it.
The fund has a very diversified asset allocation, with about half the portfolio invested in liquid assets and Grossman and his team are working hard to make sure that the strategic allocations are maintained.
“All rebalancing decisions are made with the primary goal of ensuring our system maintains enough cash and liquidity to get through this storm,” he says. “ We are succeeding.”
Earlier this month it sold $1 billion of US long Treasuries after other investors looked for safety in bonds.  That rush to safety caused yields to fall fast and prices to rise, which in turn pushed PSERS’ allocation above the target allocation for that asset class.  “We sold Treasuries to raise liquidity and get back to our 6 per cent strategic target allocation,” he says.
An Aon liquidity analysis of the fund shows about half of the portfolio is in liquid assets (less than three months) with 14 per cent in quasi-liquid, 17.5 per cent in illiquid (5-10 years) and 19 per cent in 10+ years. Stress testing of the portfolio showed that in a “recession scenario” the allocation could drift enough from the targets that the fund would want to rebalance. So Grossman and his team are prepared.

“Cash is king right now,”he says. “All investors should be managing liquidity and cash levels. We’re always concerned about liquidity issues; however, our liquidity remains solid and liquidity was addressed during our strategic asset allocation process through the allocation of 6 per cent to cash.
“Following the Great Recession, PSERS restructured its portfolio to have more balanced investments across multiple asset classes and geographies while maintaining specific levels of cash and liquidity. This diversified portfolio is holding up. We continue to manage liquidity very closely and are actively managing the asset allocation that was set by the board within the board’s pre-established target ranges.”

“Private markets are on a quarter lag,” he said. “Their March 31 valuations, which will be coming in during the course of the second quarter, should catch the tail end of the speedy market downturn the world saw the last few weeks. I can’t speak to specific portfolios or underlying companies in them. However, when the Russell 2000 index loses 30 per cent in the first quarter, it’s safe to say private markets portfolios will see negative valuation changes too. Those valuation changes should vary sector to sector.
However, if portfolio valuations do fall, we don’t expect those declines to be as steep as their counterparts in the public sector, where investment time horizons are shorter and trades are made in part on human emotions, including panic.”

Inhouse investment team
In early March the fund had around $60 billion in assets, and just under half is managed inhouse, across 10 asset classes, and the team has been working from home for a month or so. As part of the fund’s initial preparations, the IT department prepared an extra 100 laptops and iPads for employees and more devices have since been issued since to enable more employees to work remotely.
“I am happy to say my team is handling this crisis as I’d expect, like professionals,” he says. “They are on top of their daily workload and the ever-changing market conditions. In fact, the entire agency is managing quite well thanks to early planning across all PSERS departments. PSERS began preparing for long-term remote workplaces in late February.

Despite the new working from home arrangements, with Pennslyvanians under a stay at home order through to April 30, there has been little disruption to the way decisions have been made, according to the CIO.

“I’ve always tried to run PSERS investment office as a collegial meritocracy where the staff is encouraged to voice opinions and ideas to their immediate supervisors or to me,” he says. “That workplace atmosphere is continuing even if we are doing it over conference calls and electronic communication formats. Our decision-making process hasn’t changed, it still goes through our internal asset allocation committee or allocation implementation committee.”

The group is also meeting more frequently than usual, partly as a way to connect, but importantly because the markets are so volatile.
“We are having senior leadership group meetings and committee meetings more frequently given the volatility of the markets,” he says. “We are all learning how to cope and adapt. However, I do like to remind myself and my team that it’s not 2019 anymore and we can only do the best we can while working remotely for at least the next few weeks of 2020.”

PSERS also works with nearly 200 external managers and the communication with them continues as the team works from home.
“Working remotely does not negate our fiduciary duties. My team is keeping up with the markets, and they remain in constant contact email, phone or other electronic communication with our investment managers. In addition, the management of the fund continues, and we are doing due diligence conference calls with prospective managers as well as working with our investment consultants who continue to perform their own due diligence on managers.”

The fund decreased the total cost of its investment fees last year from $468 million in 2018 to $450 million, and that has been steadily declining since 2014 when it was $463 million.

This is due in part to an increased savings from internal management as they brought more fixed income inhouse as part of a fee reduction plan which they presented to the board in August 2018.
The vast majority of last year’s fee, or $425 million, was spent on external management, where absolute return managers accounted for $104 million.

The internal management costs of $24 million include fees paid for consulting, custody, specialised service providers such as BlackRock Solutions and Bloomberg, as well as staff compensation.
The fund’s plan includes reducing base fees by $38.7 million per year by the end of 2021, to a total of $334 million. This will be achieved by more internal management, but also in part by increasing co-investment in private equity and infrastructure, reducing the allocation to private real estate, and moving to different fee structures including base fee plus profit share in absolute return and MLPs.