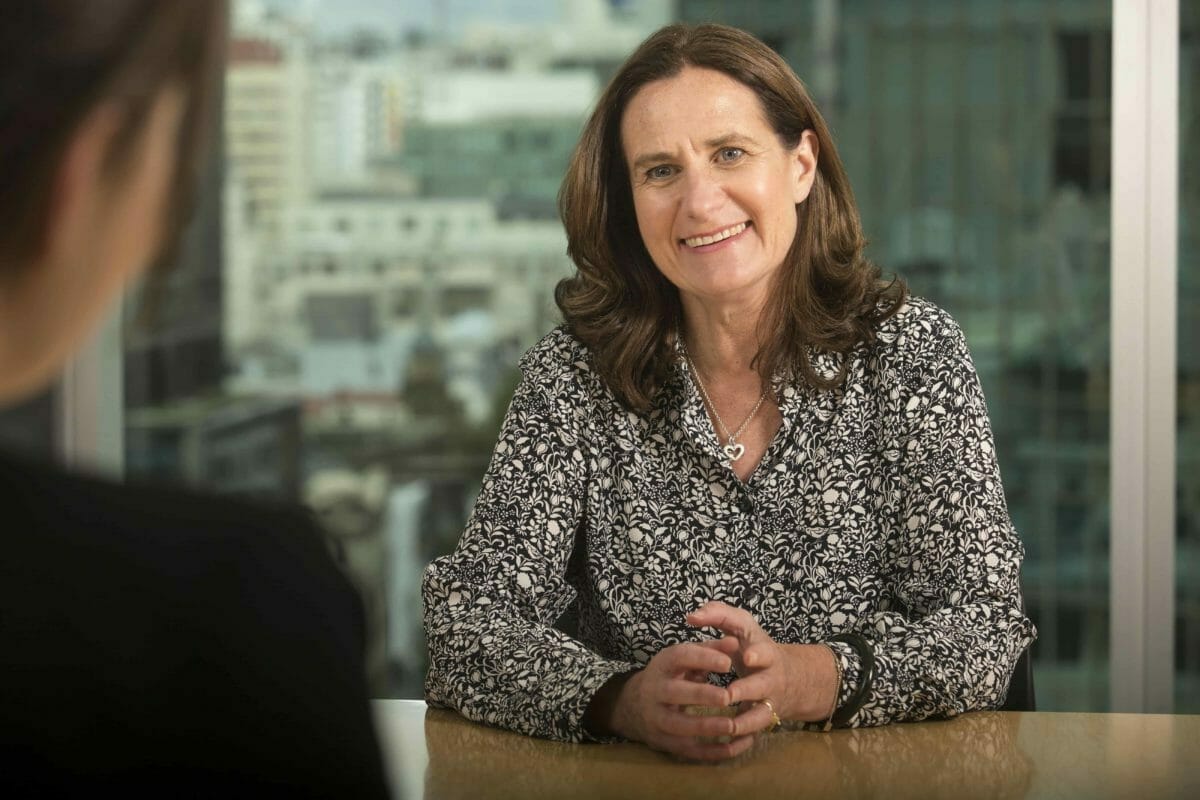 In September 2015, the United Nations General Assembly adopted 17 Sustainable Development Goals with underlying targets to be met by 2030. Target 8.7 commits governments to taking immediate and effective measures to eradicate forced labour, modern slavery and human trafficking and prohibit and eliminate all forms of child labour. I was in New York for the most recent United Nations General Assembly and it was clear that accelerated action is urgently needed to meet our shared commitments. As UN Secretary-General António Guterres says, “a much deeper, faster and more ambitious response is needed to unleash the social and economic transformation needed to achieve our 2030 goals.”

One of my main roles as part of the UN proceedings was to support the release of a report into what specific actions the financial sector (including institutional investors) can take to address modern slavery and human trafficking. ‘Unlocking Potential: A Blueprint for Mobilizing Finance Against Slavery and Trafficking’ is the final report of the Financial Sector Commission on Modern Slavery and Human Trafficking (known as the “Liechtenstein Initiative”), on which I have been honoured to serve as a Commissioner.

Similar to the language used by the Secretary General, the report not only describes the imperative of eradicating slavery, but speaks to unlocking the potential of an estimated 40 million people in some form of slavery today – roughly one in every 185 people. The Blueprint provides a shared collective-action framework under five goals as well as an Implementation Toolkit with practical tools and initiatives for investors, and other financial sector institutions, to play their part in addressing these practices.

The Liechtenstein Initiative is a public-private partnership between the Governments of Liechtenstein, Australia and the Netherlands, the United Nations University Centre for Policy Research (acting as its Secretariat) and Liechtenstein-based businesses, associations and foundations. Over our one-year mandate, we held four consultations across three different continents – including in Australia where we heard from experts across Asia-Pacific. We’ve been considering different ways that the financial sector can accelerate its engagement on this issue: from responsible lending and investment, to financial inclusion and technology, compliance and regulatory regimes, remedy and international cooperation. The Commission brought together experts – as Commissioners and briefers – where the complexities, experiences in the field, financial systems, technologies, data and practices could be explored and potentially deployed.

Financial sector institutions have extensive and influential relationships across all business sectors, so their role is critical if we are to eradicate modern slavery and human trafficking. The prevalence of slavery is a systemic failure, not only in protecting human rights but of economic proportions. The profits from illegal exploitation are privatized by a few, whilst the costs are socialised. Bad actors gain an unfair (and illegal) competitive advantage over firms with good labour practices, and if left unchecked this can perniciously reset procurement and contractor costs. With complex supply chains and commodity markets, it becomes difficult to know what the “true cost” of production is.

When investors and banks begin to misprice these illegal labour costs (that is, where they become “normalised” yet hidden in the system), it has knock-on impacts to valuations, profit forecasts, and share price expectations that may reinforce or exacerbate exploitation.

An estimated $150 billion each year is generated globally from illegal labour slavery, making it the third most profitable criminal activity. Whether it’s by profit margin or volume, make no mistake – slavery is a business – and it channels its earnings through the financial system, and its products into markets and supply chains. There are good reasons to believe that the risks of vulnerability to modern slavery and human trafficking are actually increasing. This is all the more reason why collective action that includes the broad financial sector is urgently needed.

Addressing illegal and forced labour requires improving market information, so it is clearer to banks, investors and insurers where the risks lie. UN-backed Principles for Responsible Investment signatories are committed to integrating human rights considerations into investment decisions and into their engagement with companies. Investors can, and should, use their leverage in these situations to address slavery, which is undeniably illegal, everywhere. As modern slavery risks can be obscured by layers of outsourcing, subsidiaries and opaque ownership structures, we must work together as a sector to make risk mapping and due diligence real, routine and effective.

This is not just a risk management issue however. The UN Guiding Principles on Business and Human Rights places the victims first. When exploitation is identified at or by companies in an investment portfolio, the victims and survivors should be the focus. In most cases, a multi-stakeholder response will be required to ensure investors divesting or companies exiting a supplier relationship does not put people in a more vulnerable situation. Banks identifying victims whose credit records have been hijacked are also stepping up to play a role in supporting survivors. At the launch of the Blueprint at the UN, the Commission launched the ‘Survivor Inclusion Initiative’ with a coalition of leading banks and survivor service organizations.

Survivor leadership needs to be central to addressing modern slavery and human trafficking risks. Survivors can help guide and direct financial sector institutions to a more nuanced understanding of how and where modern slavery and human trafficking money laundering risks may arise. We encourage institutional investors to engage directly with survivors, to understand their experiences, and to see them as leaders and partners.

Reducing and eliminating slavery also requires addressing root causes. The lack of access to financial products and services heightens risk to modern slavery and human trafficking. It is estimated that 1.7 billion people and 200 million micro, small and medium enterprises currently lack adequate access to financial services. Women make up 59 per cent of the unbanked, and women and girls make up 71 per cent of the estimated global modern slavery population. Through targeted investment in innovation, such as digital platforms and data innovation, we can catalyse change in how the system operates, and the outcomes it produces.

We cannot end modern slavery and human trafficking on our own as investors, but modern slavery and human trafficking will not end by tinkering at the margins – we must bring this issue from margins into the mainstream. By engaging in ‘Finance Against Slavery and Trafficking,’ investors can learn more about the specific role that they can play in making slavery a thing of the past and help achieve the Sustainable Development Goals.

Anne-Maree O’Connor is the New Zealand Super Fund’s head of responsible investment and served as a commissioner for the Financial Sector Commission on Modern Slavery and Human Trafficking.